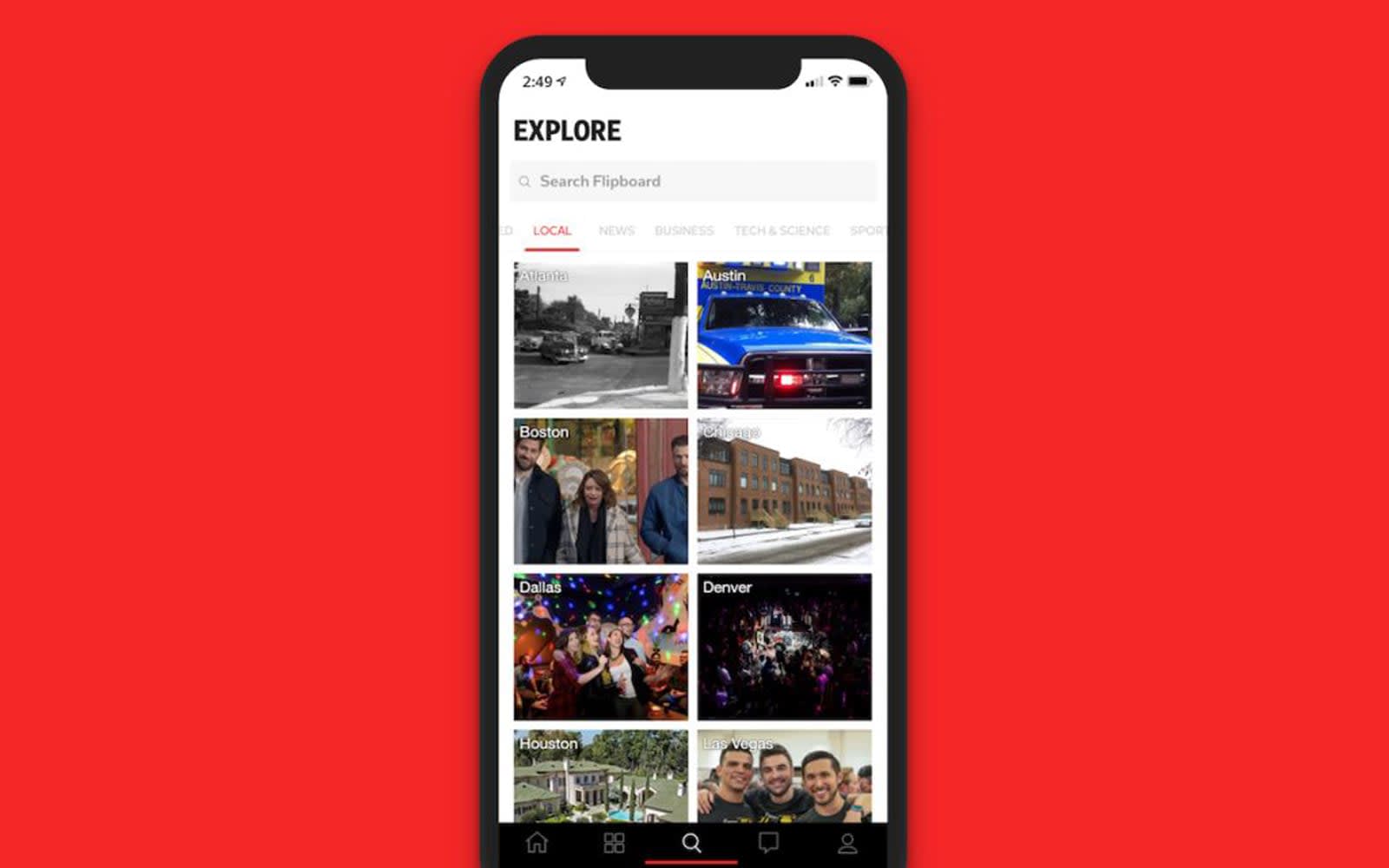 Flipboard is launching a new "Local" tab to highlight news and content from publications that cover and operate in 23 North American cities. You can access the section by tapping on the magnifying glass icon along the bottom of the interface to make your way to the app's "Explore." From there, tap the "Local" heading to see all the featured cities.

At launch, the feature covers 21 US cities and two in Canada. Each newsfeed pulls stories from local newspapers, TV and radio stations, college news sites and blogs, as well as articles from larger, nation-wide publications like Eater and Curbed that have sections devoted to specific cities. These articles cover a variety of topics, including sports, dining, weather and real estate. Even if you don't live in one of the cities covered by today's launch, you can still subscribe to its section to get news about that place.

Flipboard citied a 2019 study from the Knight Foundation -- which found that people tend to trust small media organizations more than their large counterparts -- as one of the reasons it decided to build a dedicated local news tab. "Clearly, it's time to double down on local journalism," the company said.

However, beyond the country's largest metropolitan areas, Flipboard is likely to have trouble finding enough news to build out sections for smaller cities and towns. Last year, Facebook revealed that about a third of its US users live in areas where there's not enough local news for the company to launch its Today In feature. The irony is that websites like Facebook, Google and, to an extent, Flipboard have played a significant part in the death of local journalism, with approximately 1,800 small papers shutting down since Facebook came online in 2004.

Source: Flipboard
In this article: app, flipboard, gear, journalism, local news, mobile
All products recommended by Engadget are selected by our editorial team, independent of our parent company. Some of our stories include affiliate links. If you buy something through one of these links, we may earn an affiliate commission.