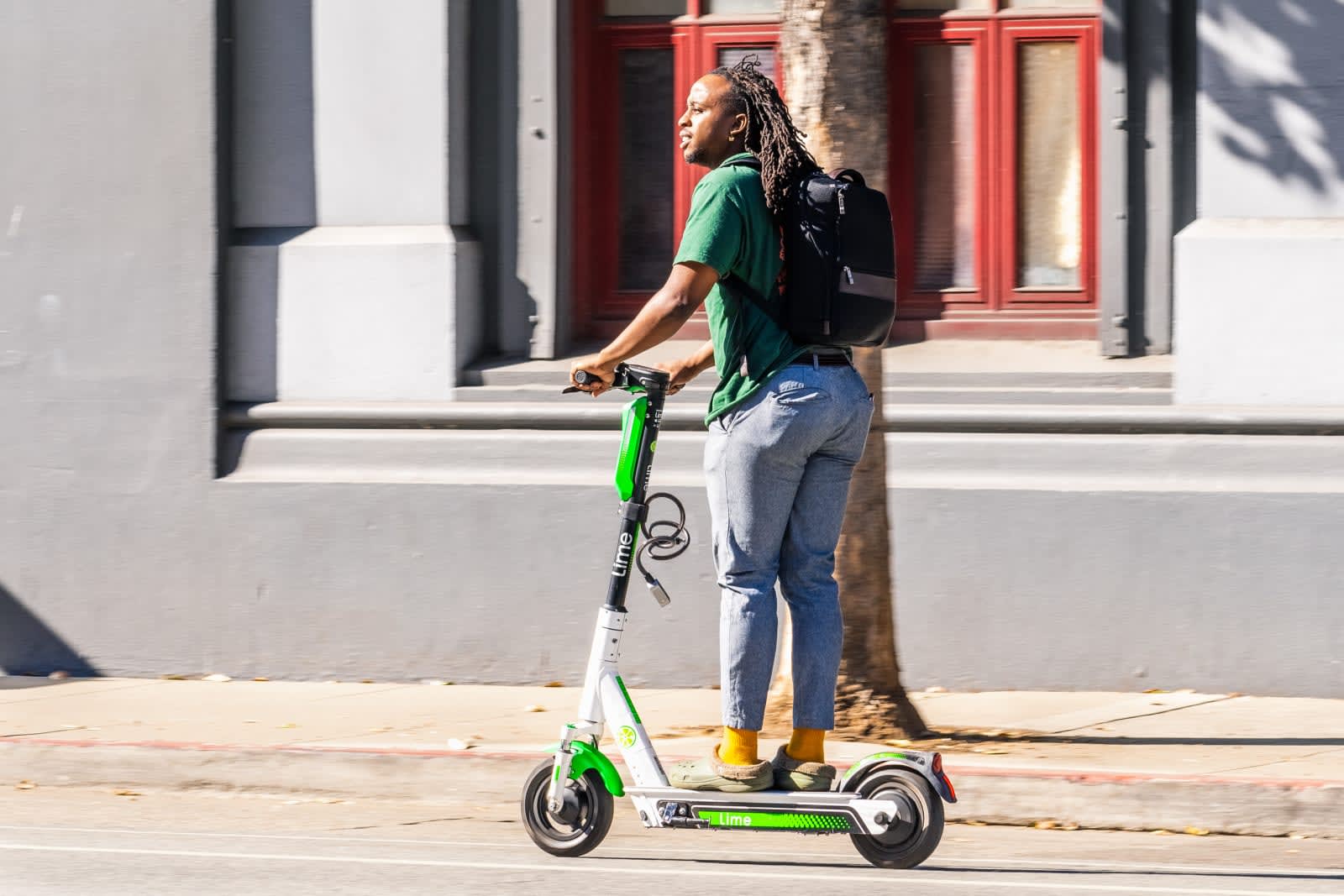 Scooter sharing services have created headaches for pedestrians almost from the outset, including the tendency for renters to ride on the sidewalk. Lime may have a way to nudge riders back to the street, though. It just launched a pilot in downtown San José that uses accelerometer and speed data to detect when you're riding on the sidewalk. If AI determines that half or more of a ride took place on sidewalks, you'll get a push notification encouraging you to ride on the street the next time.

A future update may even show a map indicating just when Lime detected sidewalk use.

It's not certain how likely you are to see the detection used elsewhere, although it's already accurate enough (95 percent) that it may just be a matter of time.

Lime can't really force riders to the street. Its sidewalk detection could be more effective than an earlier safety campaign that relied on ads and freebies, though. Moreover, Lime noted that this could help the cities as a whole. It intends to share data with the city to help offer "infrastructure improvements," including more dedicated bike lanes. Even if you never hop on a two-wheeler, you might see some benefits before long.

Source: Lime 2nd Street
In this article: ai, artificial intelligence, e-scooter, gear, internet, lime, scooter, services, sidewalk, transportation
All products recommended by Engadget are selected by our editorial team, independent of our parent company. Some of our stories include affiliate links. If you buy something through one of these links, we may earn an affiliate commission.