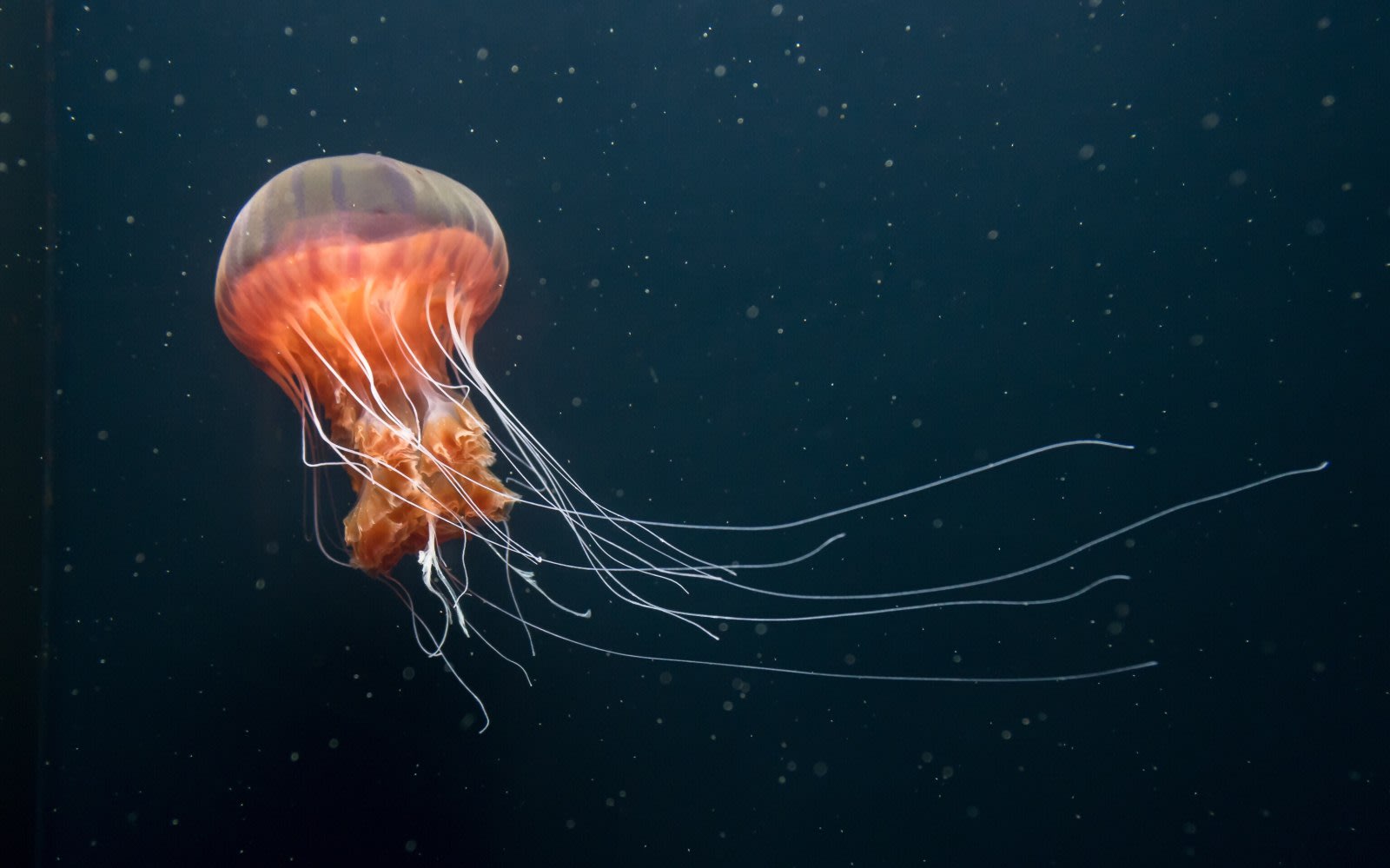 Scientists at Caltech and Stanford University want to turn jellyfish into deep-sea explorers that could be directed around the ocean, recording info as they travel. In a paper published in the journal Science Advances, the team explains how they've developed a tiny, microelectronic prosthetic that can be attached to jellyfish, causing them to swim faster and more efficiently.

The researchers say they carefully monitored the jellyfish to ensure they weren't harmed. Jellyfish do not have a brain or pain receptors, but they can secrete mucus when stressed. In this case, they did not secrete any stress slime, and once the prosthetic was removed, they went right back to swimming at their usual, leisurely pace.

Now that scientists can speed jellyfish up, they want to figure out a way to direct their swimming, so that they could be guided around the ocean on research missions. According to the team, the prosthetic-equipped jellyfish are over 1,000 times more efficient than swimming robots, and they're already abundant in the oceans. Plus, they find their own fuel and can travel into deep submarine trenches.

"Only five to 10 percent of the volume of the ocean has been explored, so we want to take advantage of the fact that jellyfish are everywhere already to make a leap from ship-based measurements, which are limited in number due to their high cost," says Caltech's John Dabiri. "If we can find a way to direct these jellyfish and also equip them with sensors to track things like ocean temperature, salinity, oxygen levels, and so on, we could create a truly global ocean network where each of the jellyfish robots costs a few dollars to instrument and feeds themselves energy from prey already in the ocean."

Researchers have long looked to jellyfish for insight, whether that be for better ways to design underwater crafts or inspiration for medical treatments and devices. In 2013, a team from Virginia Tech created Cryo, a man-sized jellybot that mimics the creatures' movements and could be used for underwater Navy surveillance or ocean cleanup. And thanks to noodly robot fingers, scientists are getting better at handling the animals without damaging them.

Source: Caltech (1), (2)
In this article: caltech, device, electric, exploration, jellyfish, microelectronics, ocean, prosthetic, robots, stanford, tomorrow
All products recommended by Engadget are selected by our editorial team, independent of our parent company. Some of our stories include affiliate links. If you buy something through one of these links, we may earn an affiliate commission.