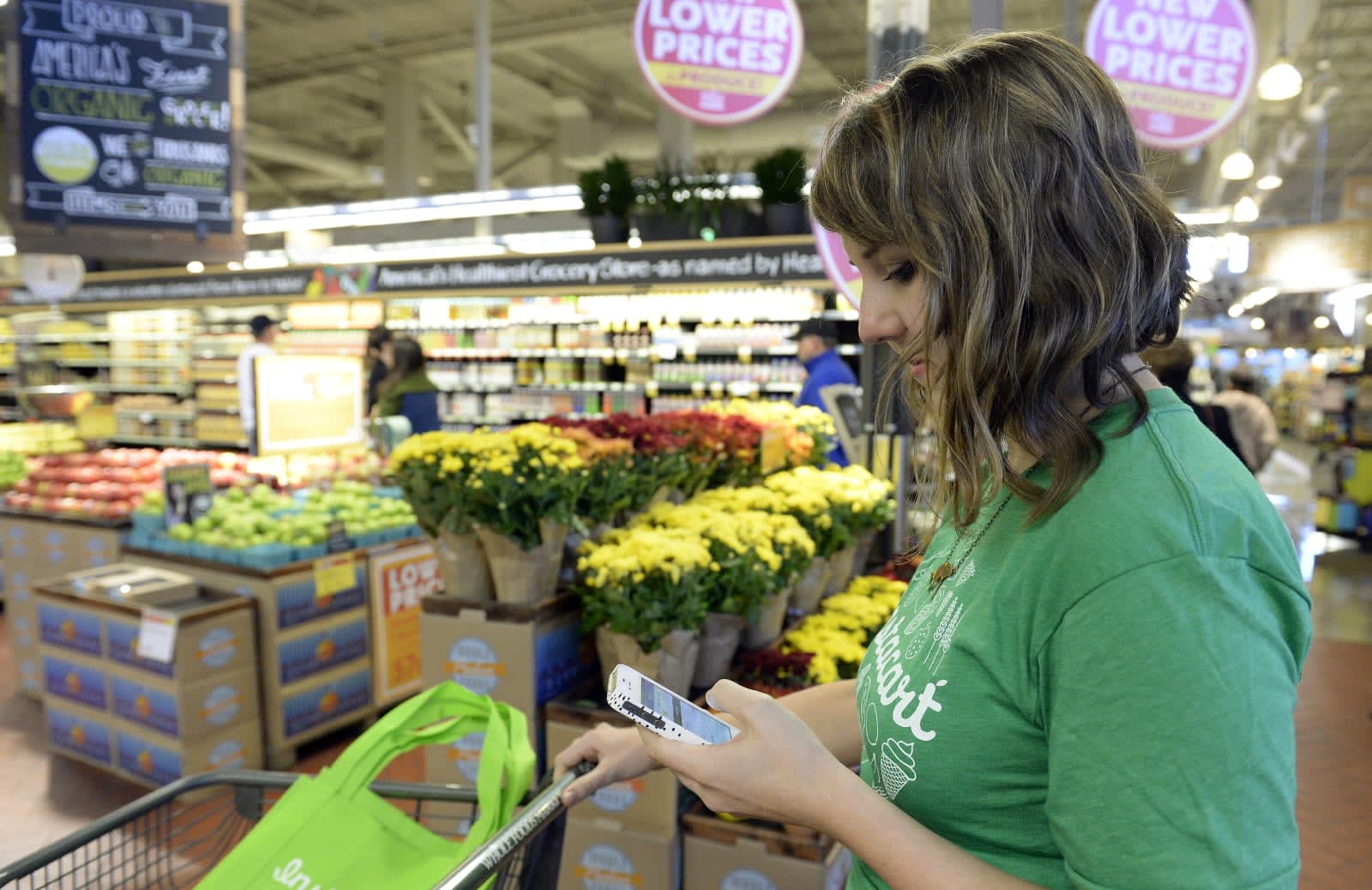 Gig economy workers may have won an important, if conditional, battle in their push for better conditions. Instacart employees in the Chicago suburb of Skokie have voted to unionize through their local branch of United Food and Commercial Workers, giving them more collective bargaining power than they had before. The move only covers 15 staffers who operate at the Mariano's grocery store, but it's the first time Instacart employees have unionized in the US and could affect issues like turnover rates, work pacing and mysterious employee rating algorithms.

In a statement, Instacart said it "will honor" the unionization vote pending certification of the results, and that it intended to negotiate in "good faith" on a collective bargaining agreement. The company added that it "respect[s] our employees' rights to explore unionization."

That last claim doesn't appear to be true based on evidence, however. Motherboard reported that Instacart had high-level managers visit the Mariano's store to distribute anti-union material insisting that unions would hurt pay and "exercise a great deal of control" over staff. If accurate, the approach isn't novel. Tech companies like Google, Uber and Lyft have been accused of anti-union efforts.

This isn't a night-and-day change for Instacart, at least not yet. Only 12,000 of Instacart's 142,000 shoppers are employees capable of unionizing. The rest, like at many other gig economy companies, don't have that status and the bargaining chip it provides. Still, this could spur more employees to consider unions, and that in turn could have a significant impact on Instacart working conditions across the country.

Source: Motherboard
In this article: business, delivery, food and drink, food-and-drink, foodanddrink, gear, gig economy, groceries, instacart, internet, labor, labor rights, services, union, unionization
All products recommended by Engadget are selected by our editorial team, independent of our parent company. Some of our stories include affiliate links. If you buy something through one of these links, we may earn an affiliate commission.