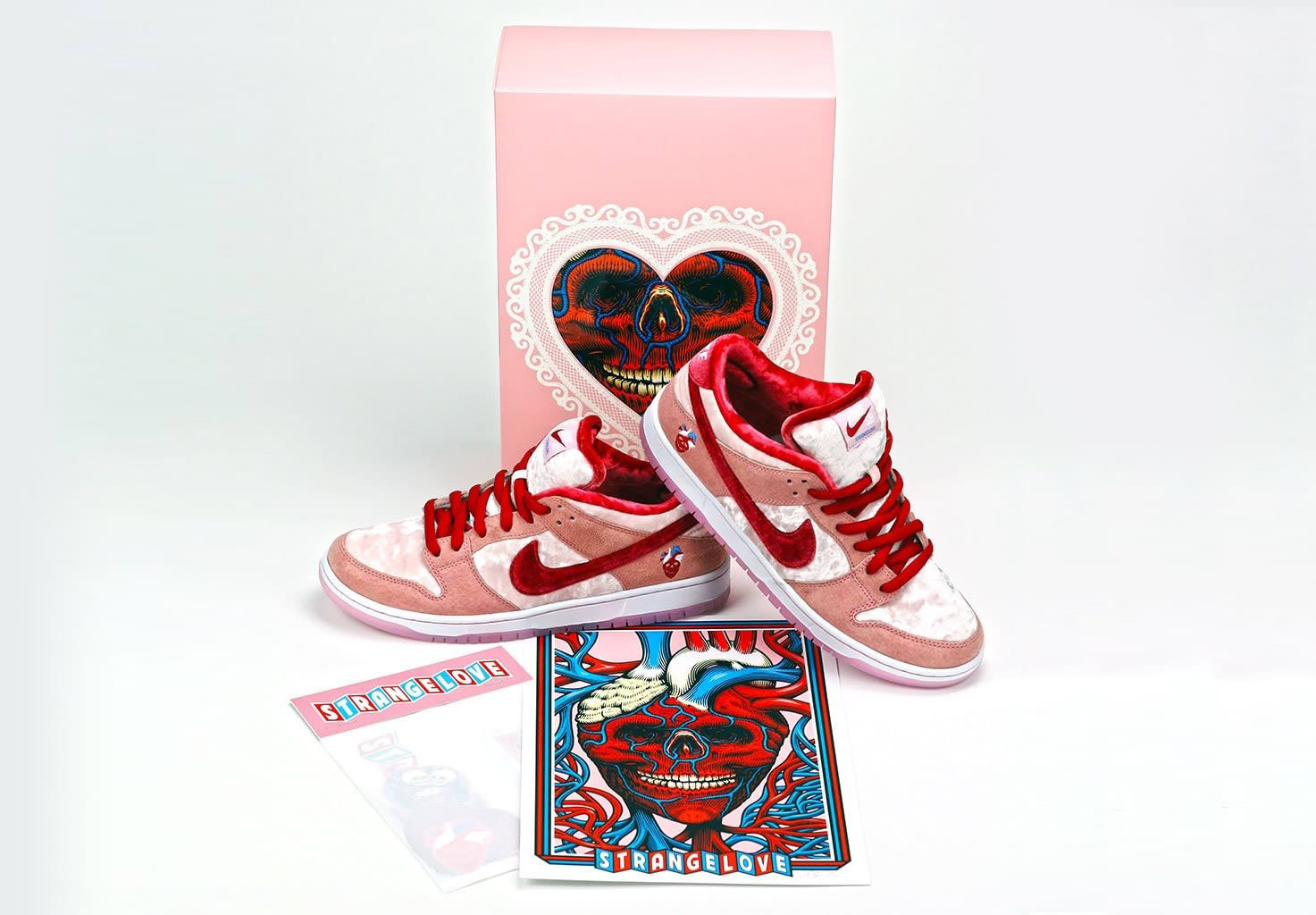 Nike SB -- the company's skateboarding division -- teamed up with Strangelove Skateboards to produce a pair of limited edition Valentine's Day Dunks. The pink and red color scheme was an instant hit with sneakerheads, and Strangelove planned to release the shoes on its website over the weekend. However, bots -- which are programmed to purchase sneakers faster than any human could -- broke into the online store and wreaked havoc. As a result, Strangelove was forced to cancel the online release outright, and advised customers to hunt down a pair of the sneakers at their nearest brick-and-mortar dealer. At this point, it seems like bots have gone from a shady line-cutting tactic to a full-on headache for retailers.

Bots became a popular method of buying sneakers around 2016, when Kanye West released the first models in Adidas' Yeezy line. The shoes were so popular that they routinely sold out in seconds, leading tech-savvy sneakerheads to develop tools that would autonomously purchase the right pair and size of sneakers. Most bots require the user to pay a small fee, but many of the less scrupulous buyers purchase multiple pairs and sell them on the secondhand market at a huge mark-up, negating the cost of using the service.

Those who don't use bots are often left to either miss out on the sneakers they were hoping to buy or to pay a big markup on eBay or GOAT. Some sneaker brands have responded by developing apps -- like Nike's SNKRS -- to help get sneakers onto the feet of those who don't cut in line. But not all brands can afford to develop and maintain such apps. Strangelove Skateboards is among them, saying in an Instagram post that "circumstances spun way, way out of control in the span of just two short minutes." The store will still sell its stock -- which was previously allotted to online sales -- to loyal in-person customers, but those who don't live near a Nike SB retailer will have to try their luck when Nike sells the shoe directly online on the 8th (the day after the original drop).

Bots have been extremely frustrating for sneakerheads who don't have the "if you can't beat 'em, join 'em" mentality. But in Strangelove's case, this weekend's swarm of bots not only affected customers, but the business itself. As bots cause more headaches for businesses, it would be helpful to see some form of federal regulation, similar to a bill introduced to fight bots that buy concert and sports tickets.

Correction, 5PM ET: This story originally stated that brand apps like Nike's SNKRS weren't able to be exploited by bots, but it's been pointed out to us that isn't the case. We apologize for the error. We've also clarified that Nike will be selling these shoes directly through its online channels on February 8th, the day after this initial drop.

Via: HighSnobiety
Source: Instagram
In this article: bot, bots, business, gear, internet, nike, retail, shopping, sneakers, SNKRS
All products recommended by Engadget are selected by our editorial team, independent of our parent company. Some of our stories include affiliate links. If you buy something through one of these links, we may earn an affiliate commission.