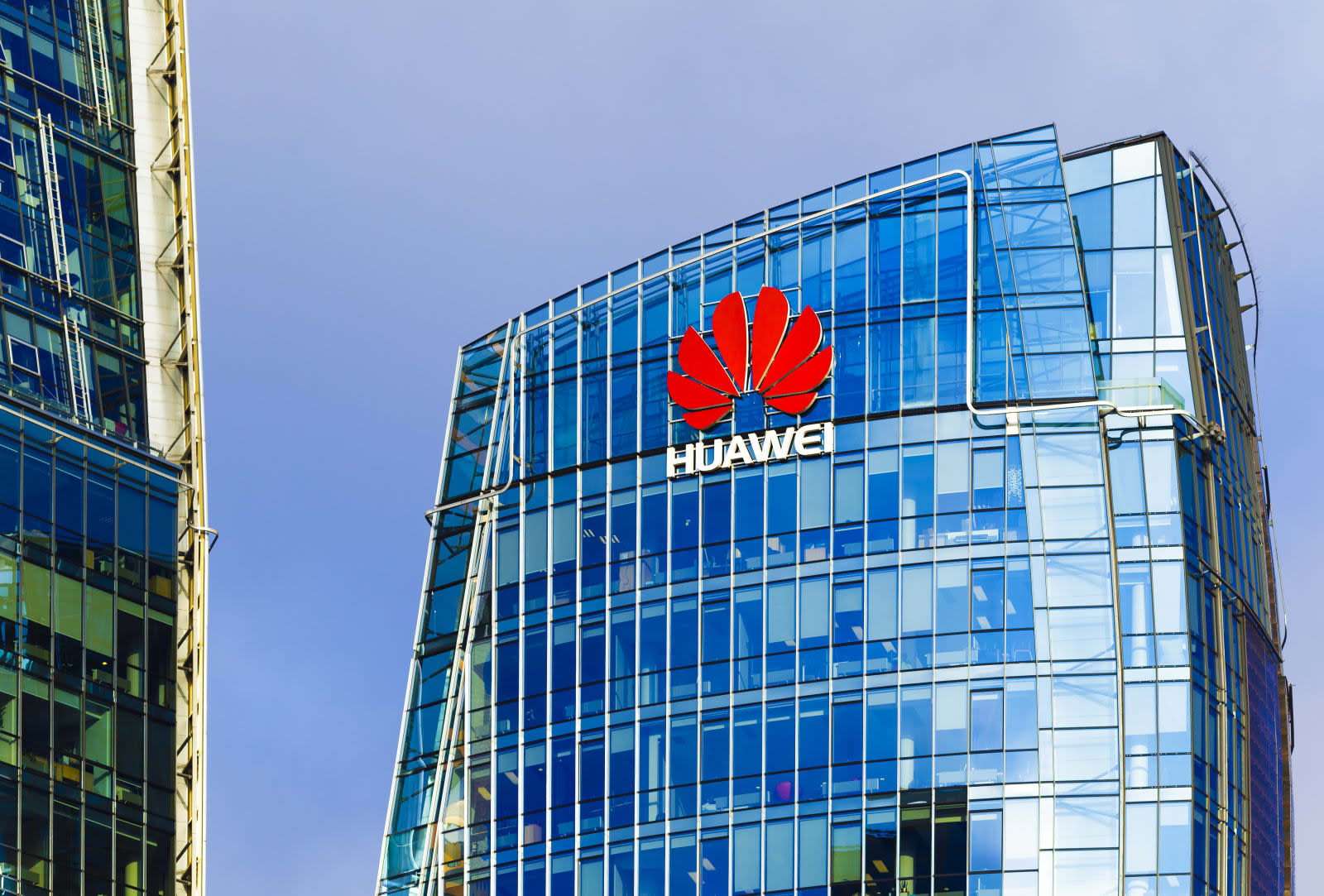 Huawei and Verizon's not-very-public feud has escalated into courtroom warfare as the telecoms company files lawsuits across Texas. Huawei is alleging that Verizon is infringing on its networking patents without paying the proper fees, and it wants "compensation for Verizon's use of patented technology." The Chinese giant says it began talking to Verizon on February 7th, 2019, but talks broke down on January 21st, 2020. The apparent breakdown prompted the legal broadside, with claims filed in both the Eastern and Western district of Texas.

Essentially, the case boils down to 12 standards-relevant patents for networking technology that Verizon is said to use in its infrastructure. Huawei claims that it's owed cash for this technology, which was likely supplied to Verizon by third parties. The Wall Street Journal notes that Huawei and Verizon have no direct business relationship, and Verizon sources its gear from other companies, like Cisco.

The scale of the alleged infringement varies, but Huawei says that, for instance, by offering Cisco Webex, Verizon is infringing patent 7,609,288. That patent refers to the ability to push the desktop of a PC to a "video communication terminal," as you may do in an online presentation. Similarly, by buying and implementing networking equipment relevant to the G.709 networking standard, Verizon is said to be infringing patent 8,270,433.

It's worth saying that Huawei's reputation for respecting the intellectual property rights of others isn't exactly great right now. The company stands accused of attempting to discover Apple's trade secrets by doing deals with the same component manufacturers. Or the notable story of the FBI sting to entrap Huawei employees allegedly attempting to reverse-engineer a super-tough glass made in the US. Plus the long-standing joke about its failure to steal T-Mobile's phone-testing robot, and its copies of European artists' work in its lavish new HQ building.

When asked for comment about Huawei's statement, Huawei representatives directed us back to Huawei's statement. Rich Young, Verizon spokesperson, said in a statement that "Huawei's lawsuit filed overnight, in the very early morning, is nothing more than a PR stunt. This lawsuit is a sneak attack on our company and the entire tech ecosystem. Huawei's real target is not Verizon; it is any country or company that defies it. The action lacks merit, and we look forward to vigorously defending ourselves."

Last year, it was rumored that Huawei had demanded $1 billion from Verizon, with a suggestion that 238 of its patents were in the mix. In the complaints, Huawei says that it wants jury trials, with the court to determine how much Verizon owes Huawei in both ongoing royalties and damages. Given that these are standards-related patents, the sums aren't likely to be eye-watering, but it could be a win for a company that's nobody's favorite right about now.

In this article: gear, Huawei, internet, Lawsuit, Patent, politics, Standards, verizon
All products recommended by Engadget are selected by our editorial team, independent of our parent company. Some of our stories include affiliate links. If you buy something through one of these links, we may earn an affiliate commission.