We need to talk about Huawei's (alleged) thefts

It goes beyond drawing inspiration from others.

Most rational people don't go out of their way to buy a product that has a whiff of illegality about it. You don't see people bragging about their conflict diamond bracelets or talking up sweatshop labor used to make their clothes. So why would people continue to buy products from a tech company that's accused of doing bad things on a regular basis?

The last year has seen a marked rise in stories suggesting Huawei is not a company people should be dealing with. There are people in Washington who like to paint the telecoms giant as the consumer-electronics arm of the Chinese government. We've seen a steady stream of stories suggesting that Huawei conducts industrial espionage on a mass scale.

This week, The Information published a report claiming Huawei has been attempting to appropriate all of Apple's trade secrets. Employees were apparently instructed to do deals with Apple's component suppliers in the hope of learning its secrets. In one instance, a company that makes the coveted optical heart-rate sensor for the Apple Watch was targeted.

Last month, the Financial Times said Huawei "ran a bonus scheme" to encourage workers to steal rival companies' technology. Then there was the Bloomberg report detailing an FBI sting over a US startup's super-tough glass that, it's alleged, Huawei tried to reverse engineer. Not to mention the noise about Huawei's bungled attempts to steal T-Mobile's phone-testing robot.

There are also the stories of Huawei stealing the work of designers and artists to run inside its advertising campaigns. In 2018, DesignTaxi reported that the company had appropriated the animations of Paul McMahon as background to its launch event. Similarly, but more bizarrely, designer Victoria Balva accused the company of hijacking one of her designs for a glass dome to be put up in its new HQ building.

Politically, Huawei has not been welcome in the US for some time, as officials were wary about the company's close relations with government. In early 2018, FBI director Chris Wray expressed concern about allowing Huawei to build American mobile networks. He said that to permit it to provide infrastructure would give it the "capacity to conduct undetected espionage."

It's not just the US keeping Huawei at arm's length or treating its claims with a level of skepticism. Australia, New Zealand and Poland have all issued official or de facto bans, and other countries, like Germany and the UK, are monitoring the company closely. In Huawei's defense, the company has maintained its innocence, and there are geopolitical tensions in play as well. Not to mention that founder Ren Zhengfei has pledged that his company does not, and will not, engage in spying. 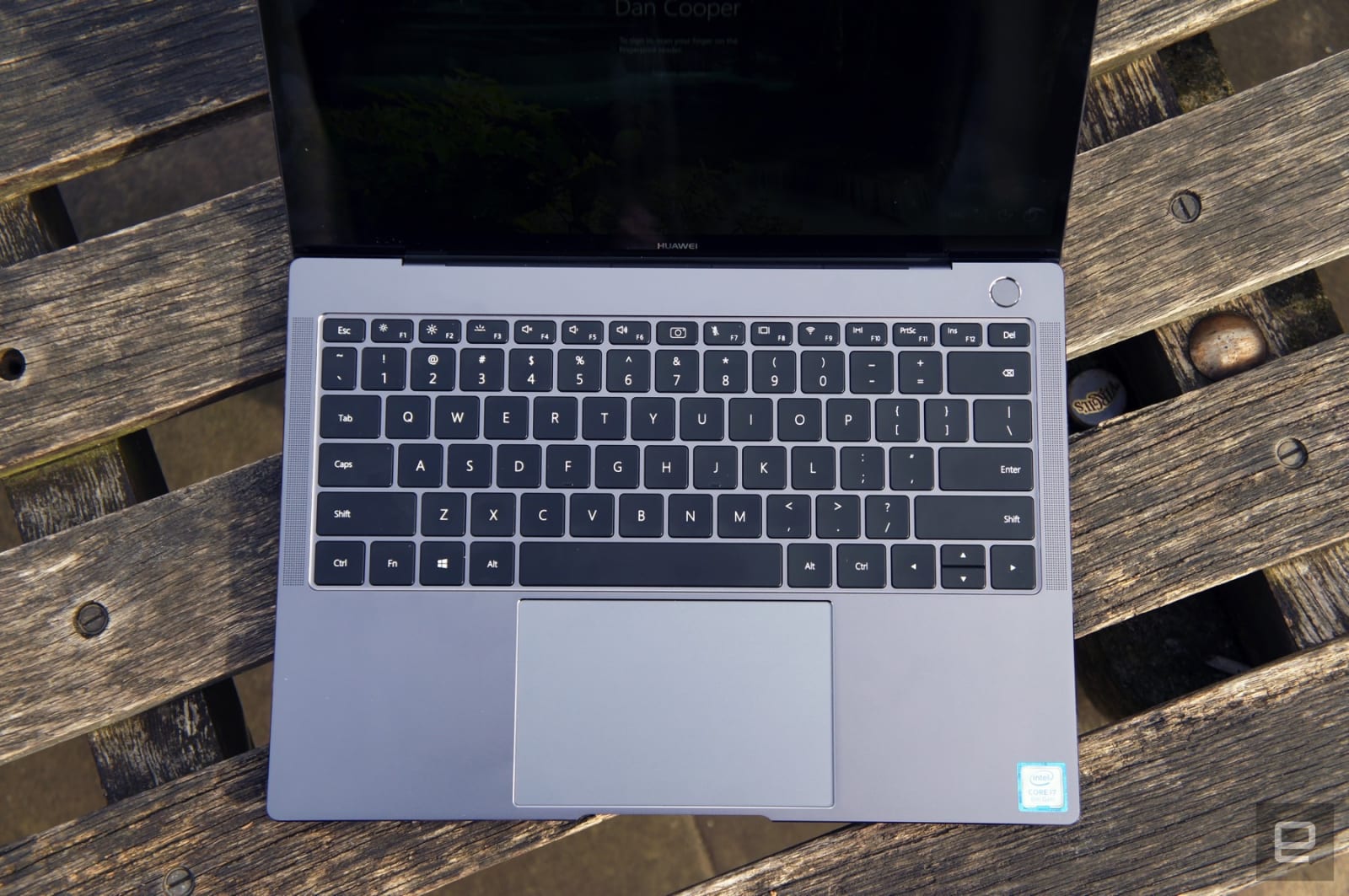 This isn't just about the company's alleged dirty tricks playing out behind the scenes, either, but how it will ultimately affect us as users. Huawei is now the world's second-biggest supplier of smartphones by volume, after Samsung. CNBC reports that the company made close to $100 billion in 2018, which means that what it's doing is big business. But how far has Huawei bought its way to the top with stolen ideas, and if so, how do we feel about it?

The company has never been shy about adopting the trade dress of its rivals to sell its products. It's pretty blatant, too, and most outlets, including this one, described the MateBook 13 as either a clone or a lookalike for the MacBook Air. What's interesting is that none of the reports took the company to task for producing a very expensive rip-off of a competitor's product.

It's because this sort of copying is so common that we've become blind to what it actually means. The technology industry has a magpie eye for anything good -- they just take it and hope nobody gets upset. Look at Microsoft's alleged copying of Apple's GUI in the late '80s, Samsung at the start of the mobile wars and Facebook knocking-off Snapchat as we speak.

Journalists are bad at calling this stuff out because we've come to accept it as a fact of life. I fell into this trap when reviewing Huawei's MateBook X Pro, which I said was an "uh, loving homage" to the MacBook Pro. Rather than take a stand, I made light of the similarities rather than be honest about what's going on here. Huawei deserves no praise for ripping off the MacBook Pro; although, it does get plaudits for improving on the original.

And people do care about this stuff happens in other fields, like when a big fashion company rips off an independent designer. Look at Vox's report of what happened when Old Navy plundered a mother-and-baby t-shirt design from Mére Soeur and was quickly flooded with bad reviews. Or the barracking Samsung China got from Hypebeasts for its "legal fake" partnership with Supreme Italia.

It can't be the case, then, that we don't care when companies are ripping off others. The question is how much of this matters to you, and will it matter enough when it's time to upgrade your phone?