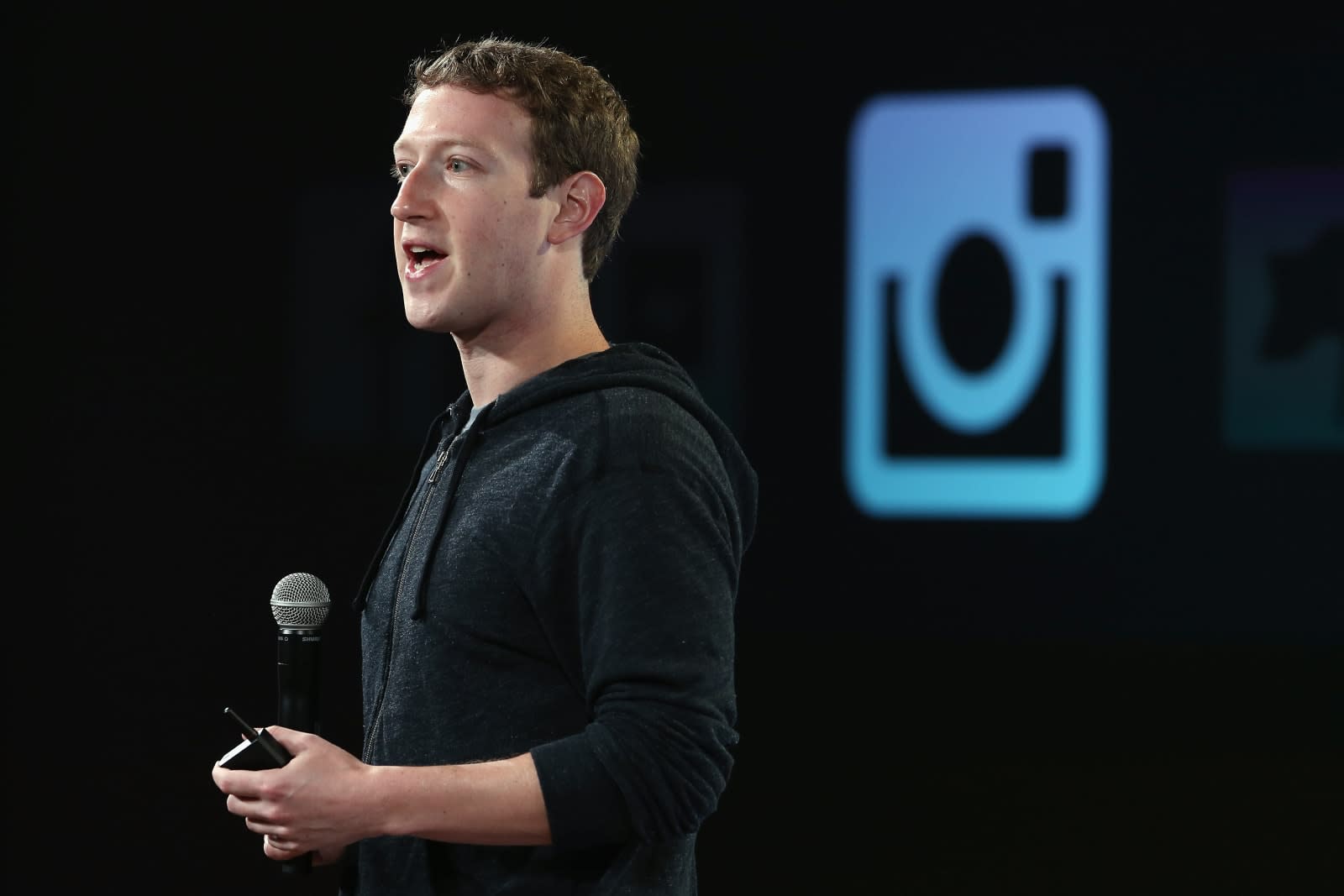 It's no secret that Instagram has had serious Snapchat envy for a while, but what got the ball rolling? If you believe Bloomberg, it's none other than Mark Zuckerberg himself. A source talking to the news outlet claimed that Instagram's founders refused to replicate Snapchat's Stories feature until the Facebook CEO personally asked for the feature. He was concerned Instagram was going to miss out on a whole generation if it didn't shake up its product, the insider said.

Not surprisingly, the company's version of events differs. A spokeswoman told Bloomberg that Instagram "was not pressured" into adding Stories and created it "internally." Co-founder Kevin Systrom painted things slightly differently: he didn't confirm the story, but did say there was "tension" over Instagram's future that ultimately worked out in its favor.

If Zuckerberg did prompt the fateful decision, it wouldn't be surprising as to why. Snapchat was (and to a degree, still is) the go-to service for teens, with usage jumping rapidly in 2015 and 2016. While Instagram was comfortably ahead at the time, Snapchat's pace posed enough of a threat that you could see it eventually claiming the lead. Flash forward to 2017, a year after Instagram Stories arrived, and it was a different story -- Snapchat's growth had tapered off, while Instagram was surging.

And crucially, Instagram's success is crucial to Facebook's success. While it may have far fewer users, it's effectively the alternative social network for people who either object to Facebook (whether due to privacy concerns or its 'uncool' status) or just prefer its photo-centric approach. If Instagram had slipped behind, Facebook critics would likely have left the company's products altogether.

In this article: facebook, gear, instagram, internet, markzuckerberg, mobile, snapchat, socialnetwork, socialnetworking, stories, hidden:vv_3x4:aacac982-ade6-3f80-a223-c5970c972a99, hidden:vv_09x16:0626b777-725a-3abf-a8d5-db5d1bac1541, hidden:vv_16x09:d232a861-6acf-307c-aa33-6c2eb8e518cf
All products recommended by Engadget are selected by our editorial team, independent of our parent company. Some of our stories include affiliate links. If you buy something through one of these links, we may earn an affiliate commission.