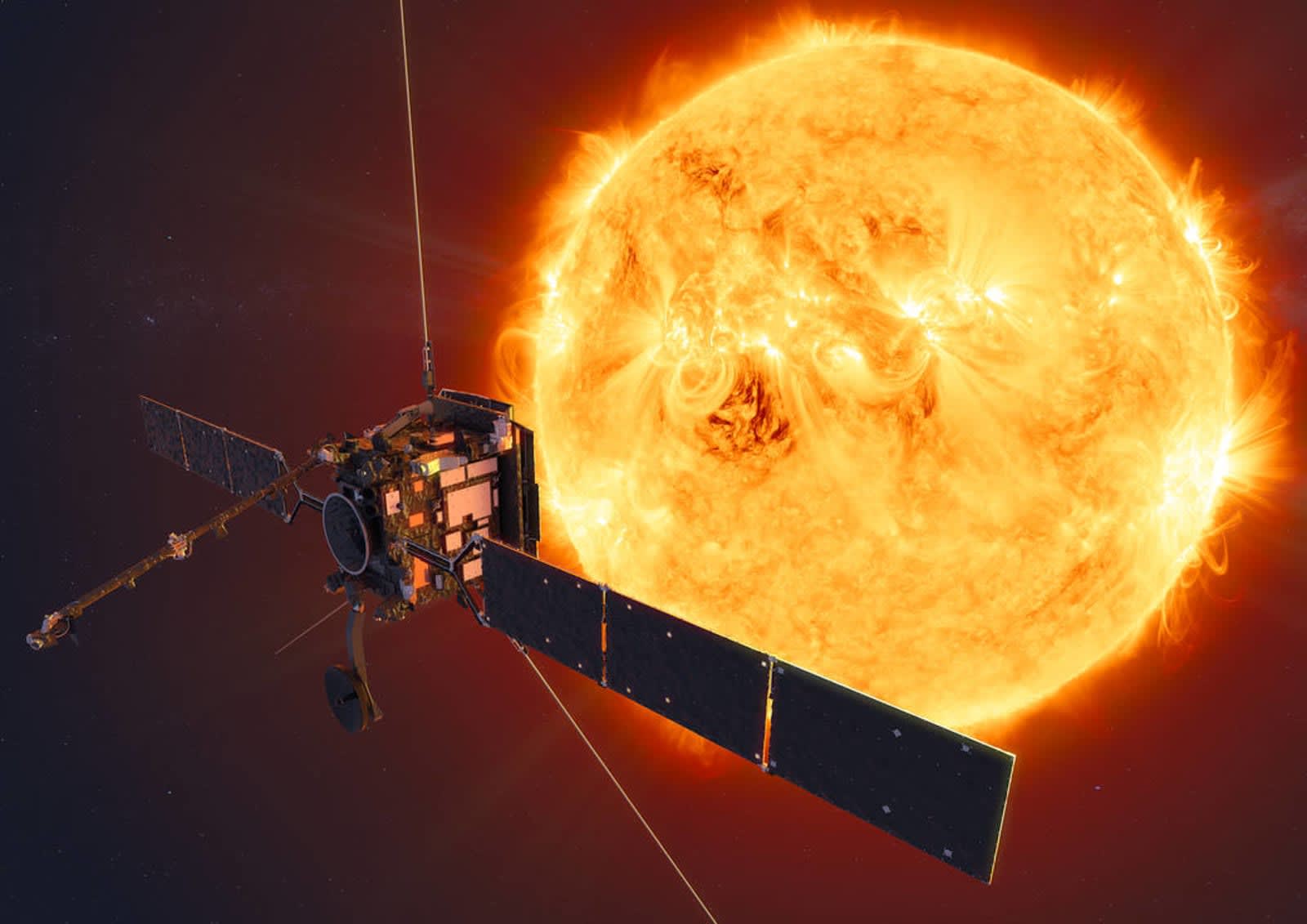 NASA and the European Space Agency (ESA) have successfully launched the Solar Orbiter on the first-ever mission to study the Sun's poles. It launched aboard United Alliance's highly reliable Atlas V rocket at 11:03 PM ET on February 9th, and at 12:24 AM, scientists received confirmation that the solar panels had unfurled.

In about two years, the orbiter will make its first close pass to the Sun and begin observations that could transform solar science and potentially make manned moon missions safer. According to ESA Solar Orbiter project manager César García Marirrodriga, "we have established new high-temperature technologies and completed the challenge of building a spacecraft that is ready to face the Sun and study it up close."

The unique thing about the Solar Orbiter is that it will observe the Sun's poles, rather than the equator that we usually see. To do that, the Solar Orbiter will pass close to Venus on each of its orbits, getting a gravity assist that will push it closer to the sun and "lift it out of the ecliptic plane," NASA wrote. (ESA and NASA's 1990 Ulysses spacecraft also achieved an inclined orbit, but carried no cameras to capture images of the poles.)

The Solar Orbiter is roughly the size of a large van, and will house 10 instruments to capture data on the Sun's magnetic field, atmosphere, flares and more. It will itself be protected by a titanium shield that's coated with a special material called SolarBlack. That will allow it to withstand temperatures of over 600 degrees C (1,100 degrees Fahrenheit).

Getting access to the poles is crucial to solar science. Every 11 years, the Sun's poles flip around completely from negative to positive, beginning a new cycle of solar activity. During the solar maximum, sunspots and solar flares can send energized particles barreling towards the Earth. While our magnetic field blocks most of those, it can be overwhelmed during particularly violent solar storms.

That can place satellite, power stations in jeopardy, and could be particularly dangerous to unprotected astronauts. "Together with our European partners, we're entering a new era of heliophysics that will transform the study of the Sun and help make astronauts safer as they travel on Artemis program missions to the Moon," said NASA associate administrator Thomas Zurbuchen in a statement.

Update 2/10/2019 9:15 PM: The headline has been updated to reflect the fact that the Solar Orbiter is a joint ESA/NASA project.

Source: NASA, ESA
In this article: ESA, NASA, solar orbiter, solarblack, space, sun, tomorrow, video
All products recommended by Engadget are selected by our editorial team, independent of our parent company. Some of our stories include affiliate links. If you buy something through one of these links, we may earn an affiliate commission.