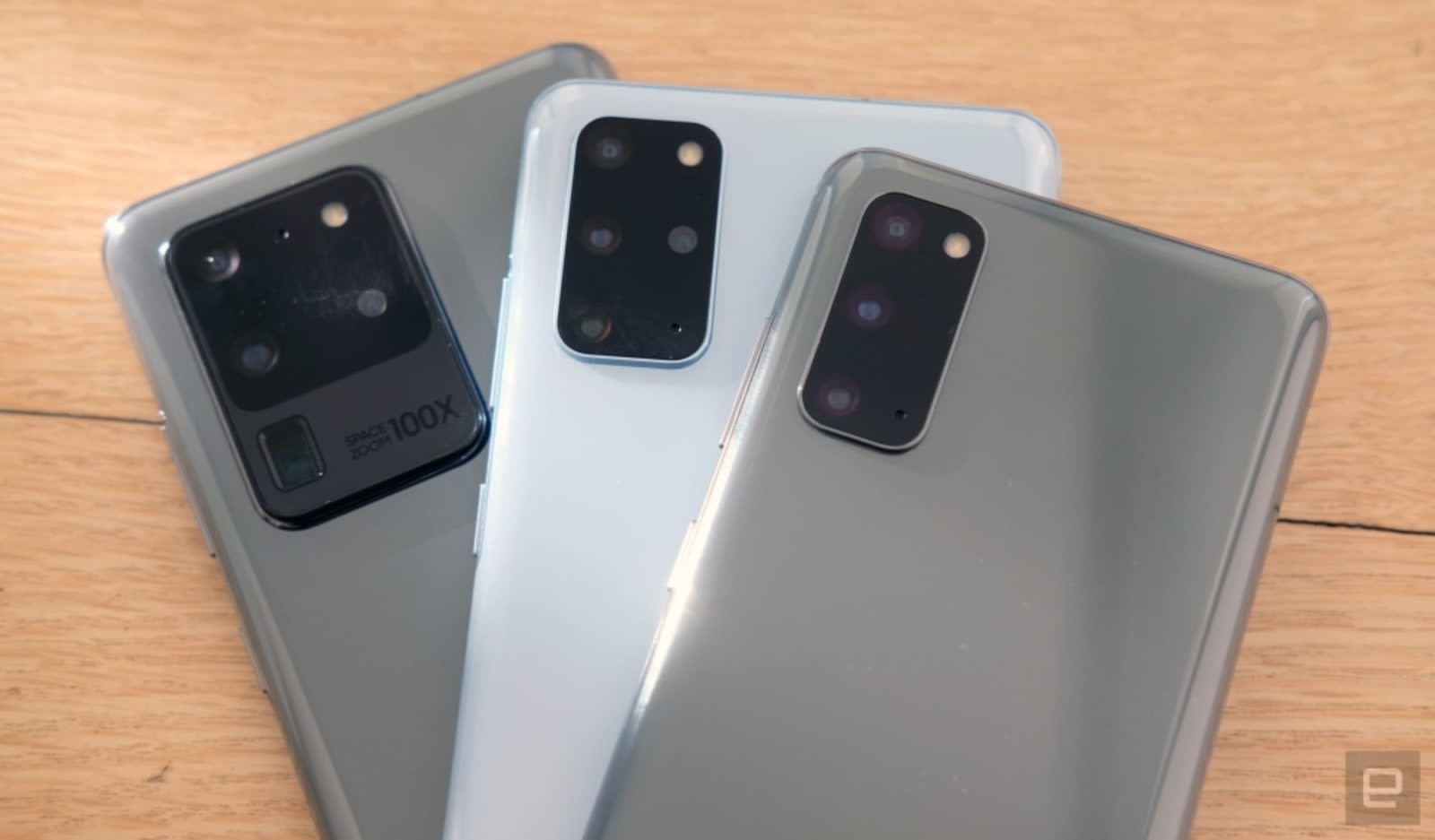 Samsung just announced its next-generation Galaxy S20 phones, and as you'd expect, the cameras are a highly anticipated part of that. Samsung didn't disappoint, unveiling photo features for its three new devices (the Galaxy S20, S20+ and S20 Ultra) that go far beyond the S10. While there's plenty to talk about, the key phrase today is "Space Zoom" and to a lesser extent, AI.

The Galaxy S20 Ultra is another animal altogether, however. On top of a 40-megapixel front-facing camera, for the standard wide camera it has the massively pixel-dense 108-megapixel sensor that Samsung unveiled last year. Meanwhile, the ultra-wide camera uses a 12-megapixel sensor like the S20 and S20+, but it packs a big 48-megapixel f/3.5 telephoto camera.

Now, the S20 Ultra can be used at its full resolutions, but in regular use the pixels will be combined to make a 12-megapixel camera. That means that nine pixels will be joined together in a process called nona-binning to create a single, light-gulping pixel. The most attention grabbing, and arguably gimmicky feature, however, is the 30 times digital/hybrid zoom on the S20 and S20+ and insane 100 times digital zoom on the S20 Ultra. They work by exploiting the very high resolution of the sensors, along with the optical zoom and stabilization features. The result is what Samsung calls a Space Zoom that lets you zoom right into someone's eyeball even if they're across the room.

As we learned in our hands-on, this feature is cool, but incredibly hard to use. When zoomed in at 100X, any jitter in your hands will be transmitted instantly to the image. In fact, during its event, Samsung previewed the feature by mounting its smartphone on a tripod. On top of that, we found that the images ended up being too fuzzy and overprocessed. Still, it was impressive to see Samsung's demo as they zoomed right in to the Alcatraz prison, which started out as barely a dot on the screen.

As you'd expect, Samsung also introduced a number of AI camera features for all its new phones. The best one is called Single Take (above), and uses deep learning to capture different versions of the same moment using different cameras. It spends up to 10 seconds shooting, giving you a large number of stills and short video clips to choose from. If you can't decide, your S20 will choose the one it thinks is "best" based on framing and other parameters. That could be ideal if you want to capture a moment but really don't feel like thinking about composition, etc.

On top of the photo goodness, Samsung has also introduced something new: 8K video capture. Yes, that's way too much for anyone to use, unless you're one of the few people who have a Samsung 8K TV. However, it also has a feature called 8K Video Snap that lets you pull a 33-megapixel still from a clip. Still, the video camera does have other useful features, like the Super Steady anti-rolling image stabilization and professional color control.

It's worth noting that the S20s will support up to 1.5TB of storage via microSD card expansion, so you won't need to worry about running out of space when capturing 108-megapixel photos or 8K video. If you want all this camera goodness, these phones won't come cheap: You'll pay $999 for the Galaxy S20, $1,199 for the S20+ and spend an incredible $1,399 on the S20 Ultra. They'll arrive on March 6th.

In this article: 108 megapixels, cameras, Galaxy S20, gear, mobile, samsung, Space Zoom, Telephoto, Wide-angle, Zoom
All products recommended by Engadget are selected by our editorial team, independent of our parent company. Some of our stories include affiliate links. If you buy something through one of these links, we may earn an affiliate commission.