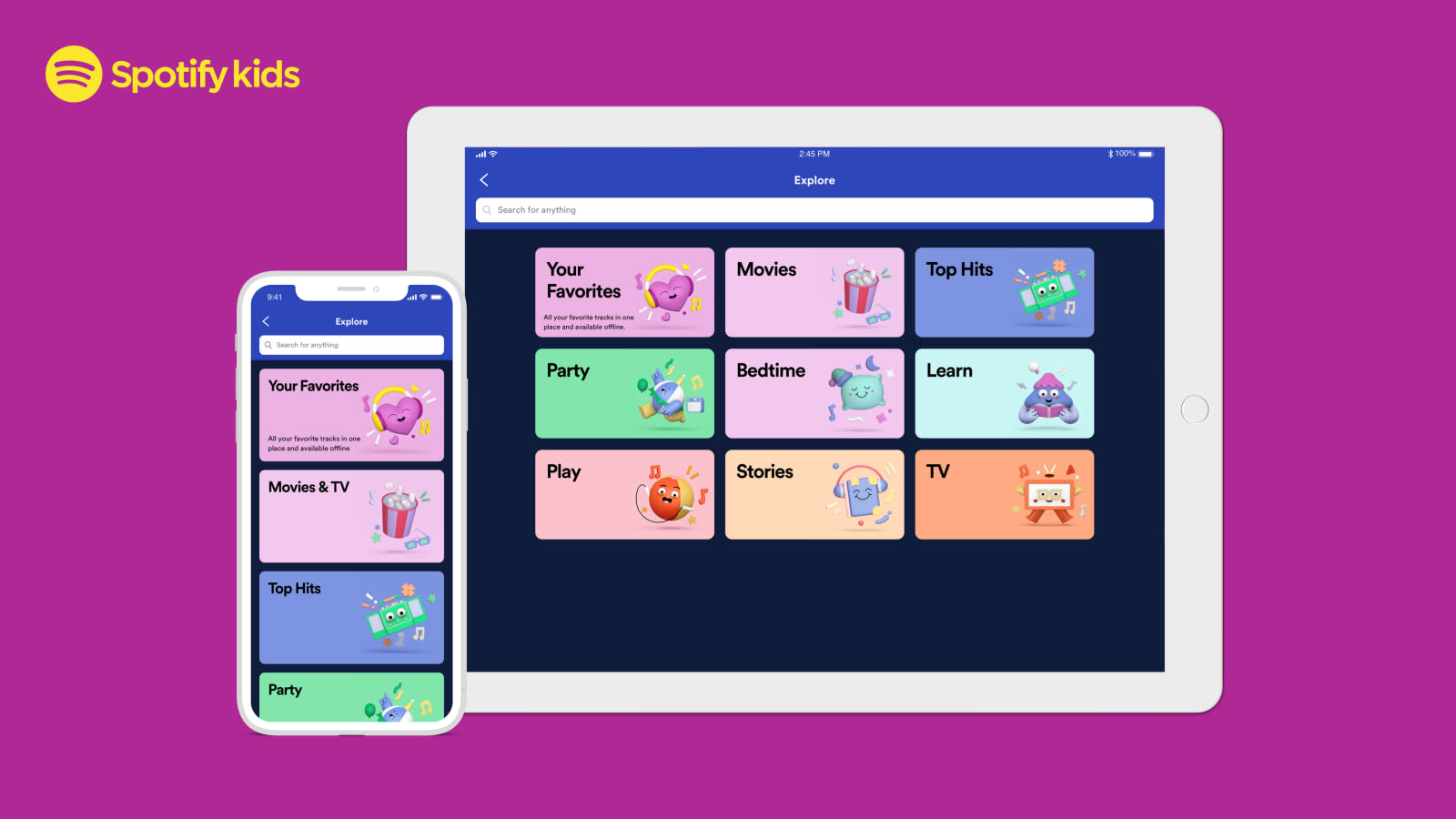 Spotify launched its standalone Kids app in Ireland back in October 2019 as a way to give younger listeners access to its varied catalog of music. Now, the company is rolling it out in beta in the UK and beyond, in a launch that coincides with Childnet International's Safer Internet Day.

From today, anyone with a Spotify Premium Family subscription in the UK and Australia will be able to download the app for free onto any iOS or Android device. Kids can access a simplified and ad-free Spotify interface and listen to age-appropriate singalongs, soundtracks and stories, based on whether parents have selected "Audio for Younger Kids" or "Audio for Older Kids." A global rollout will follow soon.

Also, if you're a parent on Twitter, you've probably seen the viral Dinosaurs in Love track doing the rounds in recent times (which naturally now has its own video). The unfathomably bleak song -- composed by singer Tom Rosenthal's three-year-old daughter Fenn -- tells the story of dinosaurs falling in love and subsequently being wiped out by the Big Bang. Well, that'll be on the UK version of the Spotify Kids Music playlist from launch, as well as the worldwide Dinosaurs playlist. If you've been haunted by Baby Shark for the last year, it might serve as a welcome palate cleanser.

In this article: app, av, Dinosaurs in Love, entertainment, internet, Kids, Premium, services, Spotify, thebuyersguide
All products recommended by Engadget are selected by our editorial team, independent of our parent company. Some of our stories include affiliate links. If you buy something through one of these links, we may earn an affiliate commission.