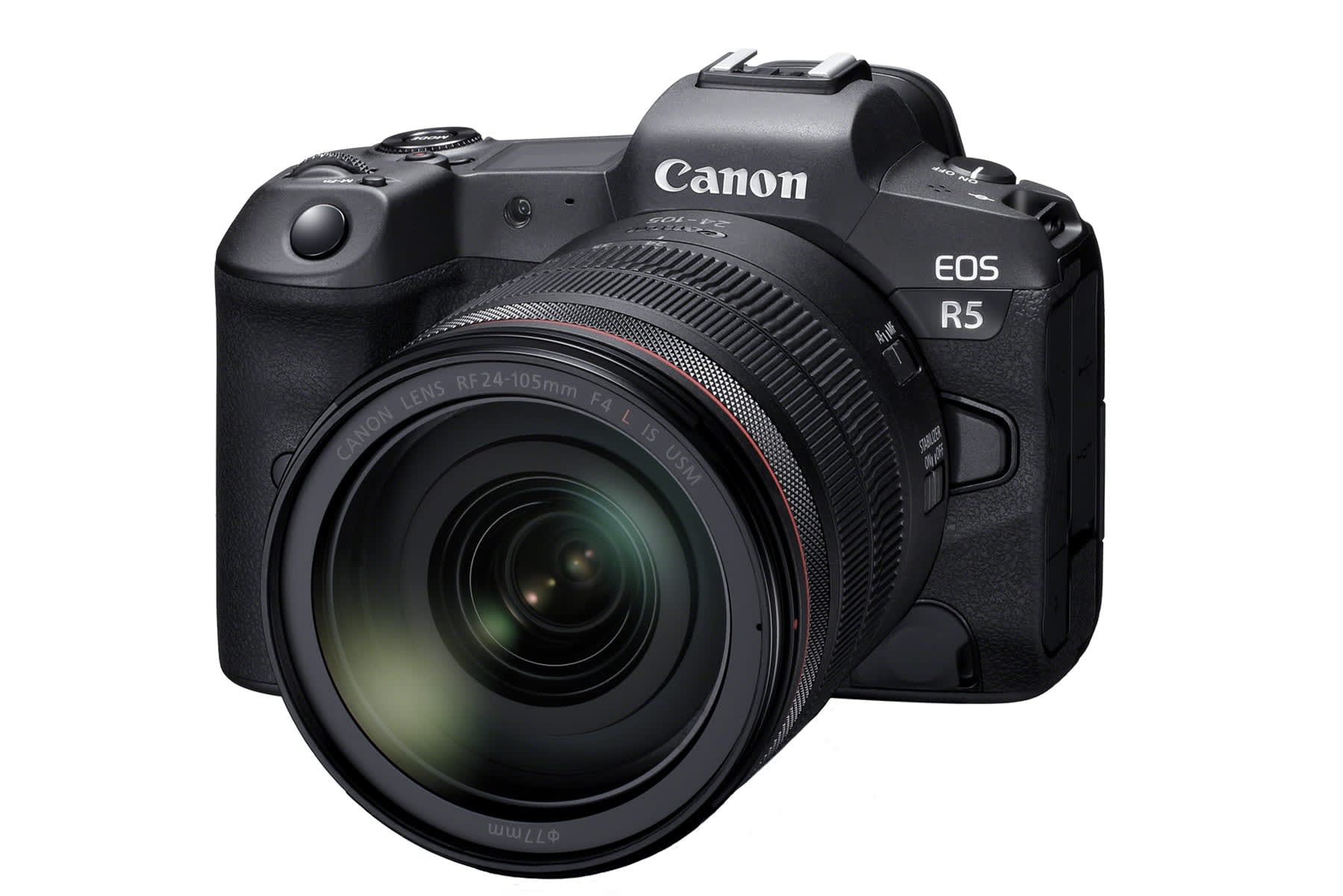 Canon is fixing everything critics didn't like about the EOS R -- and then some -- by annnouncing the development of new full-frame mirrorless camera, the EOS R5. To start with, it will shoot up to 8K video and downsample 8K to create crisp 4K video, strongly addressing complaints about the limited 4K video capabilities of the $1,800 EOS R.

All that will be possible thanks to a "newly developed CMOS sensor," Canon said. That will also open up faster shooting speeds, letting you capture bursts at 12 fps with the mechanical shutter and 20 fps using the silent electronic shutter. That will "facilitate shooting of athletes at sporting events and other fast-moving subjects," said Canon in a read-between-the-lines reference to the 2020 Tokyo Olympics.

The EOS R5 will pack in-body stabilization that will work in concert with lens stabilization, again addressing what was considered to be a serious miss on the first EOS R model. Lastly, you'll get dual card slots, likely of the high-speed variety, though Canon didn't specify what kind. It also didn't mention what type of video codecs and data rates would be available, whether it would crop video, or the sensor resolution. With 8K on tap, however, the latter will be at least 33 megapixels.

Finally, Canon said that it's working on a total of nine RF lenses to be released this year, including 1.4x and 2x telephoto extenders and an RF100-500mm f/4.5-7.1 L IS USM lens that sounds ideal for sports shooting on the cheap. There's no word on availability or price, but Canon will first flaunt the EOS R5 at the CP+ Camera and Photo show held in Tokyo from February 27th to March 1st.

Source: Canon
In this article: 12fps burst, 8K, cameras, canon, Canon EOS R5, Development, dual card slots, gear, in-body stabilization
All products recommended by Engadget are selected by our editorial team, independent of our parent company. Some of our stories include affiliate links. If you buy something through one of these links, we may earn an affiliate commission.