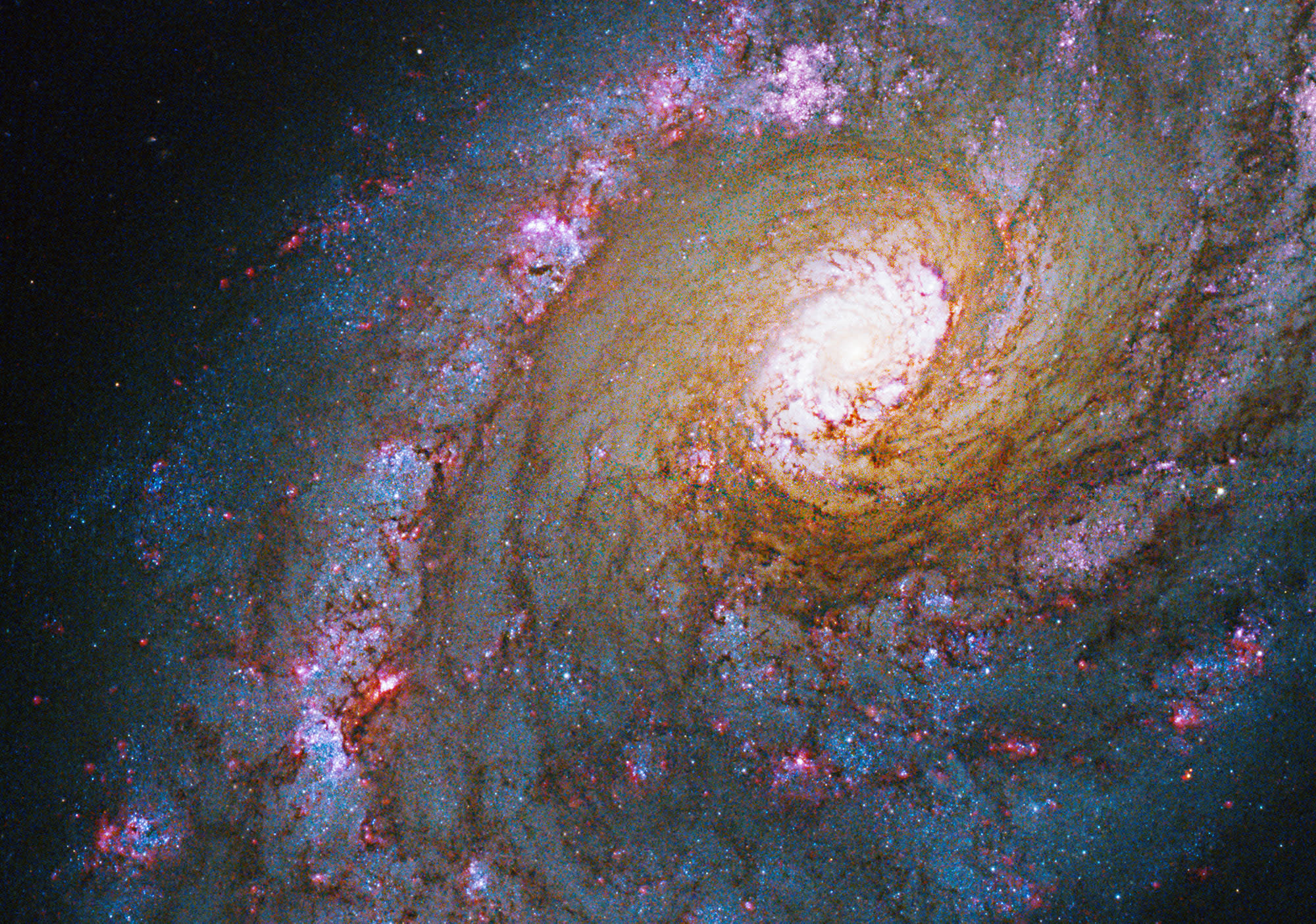 Given that it was expected to last 10 years and considering all the early problems, it’s hard to believe the Hubble Space Telescope made it to 30. What’s more, it continues to be one of the most useful instruments in space, not just for doing science but essentially creating art, as well.

To celebrate that anniversary, NASA announced it has released 30 newly created Hubble images as part of the Caldwell catalog. That’s a collection of 109 famous astronomical bodies that can be seen by amateur astronomers on small telescopes, compiled by Patrick Moore and published by Sky & Telescope magazine in December 1995. That in turn was inspired by the Messier catalog, a collection of 110 objects that can also be spotted using amateur scopes. (Hubble has revisited 96 Messier images too, including the celebrated Pillars of Creation.)

With the 30 extra images, Hubble’s collection now includes 87 of the 109 Caldwell objects. One of the more dramatic images shown at top is Caldwell 45, or NGC 5248, a spiral galaxy located in the constellation Boötes, noted for the ring structure around its nucleus.

This particular image, along with others in the Caldwell catalog, is a composite created from several Hubble instruments including the Wide Field Camera 3 and Wide Field and Planetary Camera 2 in visible, infrared and ultraviolet light. “It captures the glowing red clouds where new stars are forming, scattered along the galaxy’s winding arms,” according to NASA. “These observations... were made to help astronomers learn more about gas in the galaxy’s starburst regions, as well as to better understand the structure of its nuclear rings.”

While you may not have access to such sophisticated equipment, you can actually spot this cluster using a small telescope, “though it won’t appear very bright,” NASA said. NASA includes a chart showing roughly where you can find it and the best time to spot it (summertime), and other sites like Go Astronomy show more precise celestial coordinates. The beauty of star catalogs like Caldwell and Messier is that they help you spot these incredible objects yourself, sometimes just with a pair of binoculars or even the unaided eye.

NASA tasked Hubble with five more years of service back in 2016, but that estimate is fluid. “There is no set date for Hubble’s retirement. Hubble will continue to work for as long as its components operate and it provides a good service to the scientific community,” the European Space Agency’s website states. Considering the discoveries it’s still making, hopefully it will go another 30 years.

All products recommended by Engadget are selected by our editorial team, independent of our parent company. Some of our stories include affiliate links. If you buy something through one of these links, we may earn an affiliate commission. All prices are correct at the time of publishing.
View All Comments
30 years on, Hubble is still making dazzling discoveries