Lesley is a self-confessed WoW fangirl and lore nerd based in a not-to-rural English market town. An established freelance journalist specialising in games (amongst other things) she has written for magazines and websites on both sides of the Atlantic. A bit of a geek who loves shiny electronics, she lives with numerous consoles, computers and two black cats named Isis and Ceridwen. She plays an Alliance druid named Serisa on EU-Daggerspine.
09.04.09 It&#39;s been a couple weeks since Cataclysm was announced at BlizzCon. We&#39;ve had plenty of tim... With news of all these pets leaking out onto the interweb and the patch 3.2.2 PTR build being updat... 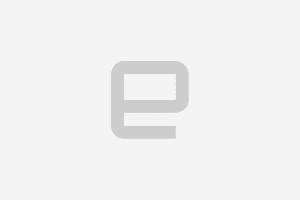 Season three of The Guild launches on MSN Video

A newsletter a day keeps the FOMO at bay.
Just enter your email and we'll take care of the rest:
Now available on your smart speaker and wherever you get your podcasts: Apple Podcasts  |  Spotify  |  Google Play  |  iHeart Radio
09.01.09 It&#39;s nearly the middle of the week once more as well as the start of September. Can anyone el... Everyone loves Mini Tyrael, the angelic little pet given away to attendees of last year&#39;s World...

How WoW might be played on the Apple Tablet

The mythical Apple Tablet is one of those lovely shiny objects that we&#39;d all love to hav... The great thing about playable demos are the tidbits of info and sneaky souls with cameras snappi...

Like Diablo&#39;s Cow Level, the Pandaren have almost mythic status within World of Warcraft since... What does Blizzard have planned for a Cataclysm in-game launch event?

So Cataclysm is coming and Kisirani is already working on an in-game launch event. It&#39;s gotta m...

European fans of the World of Warcraft Trading Card Game are in luck as the Darkmoon Faire will be...