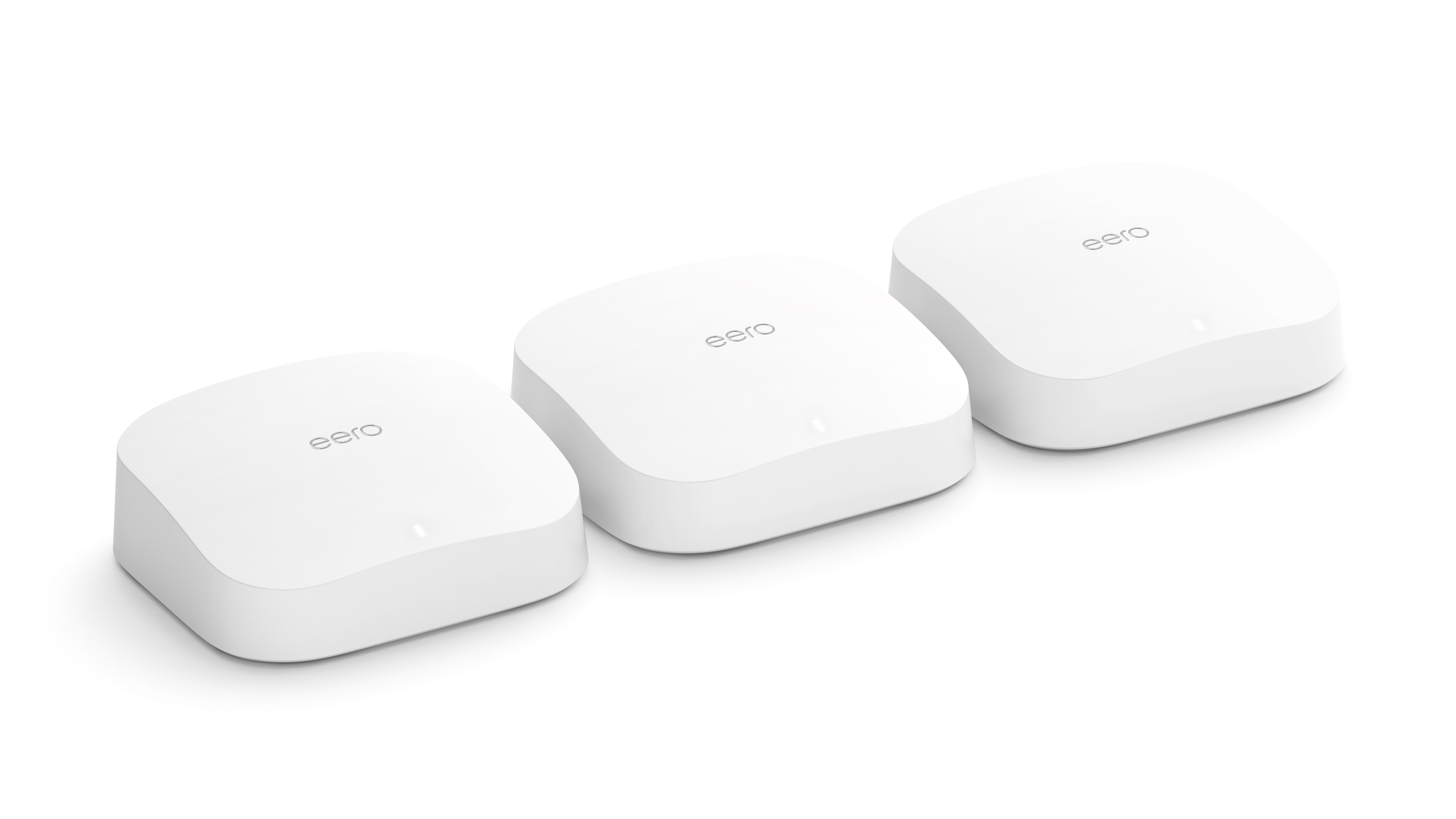 The company that helped pioneer and popularize mesh routers finally has a WiFi 6-compatible model in its lineup. At its fall hardware event, Amazon announced the Eero 6 and Eero Pro 6. Both models support WiFi 6, the latest and fastest WiFi standard. A single Eero 6 will set you back $129, while a standalone Eero Pro 6 will cost $229.

If you’re not familiar with how mesh WiFi networks work, they employ a single main router and one or more additional nodes to ensure your entire home has strong, consistent coverage. Eero’s latest routers can connect to 75 devices simultaneously. They can also double as Zigbee smart home hubs, so you don’t need to get a separate hub to manage your Zigbee-compatible devices. As with all of Eero’s other routers, Amazon says setup is as easy as using the Eero app to configure everything.

Eero has gone with a design that combines the look of its original routers with the cupcake-syle domed devices it released last year. For those who own any current Eero devices, Amazon says you’ll be able to add the Eero 6 and Pro 6 to your existing network.

Both models are available to pre-order today on Amazon, with retail availability scheduled for later in the year.

In this article: amazon, mesh network, amazon2020, gadgets, mesh networks, gadgetry, internet, mesh, personal computing, Wifi, eero, WiFi 6, news, gear
All products recommended by Engadget are selected by our editorial team, independent of our parent company. Some of our stories include affiliate links. If you buy something through one of these links, we may earn an affiliate commission.