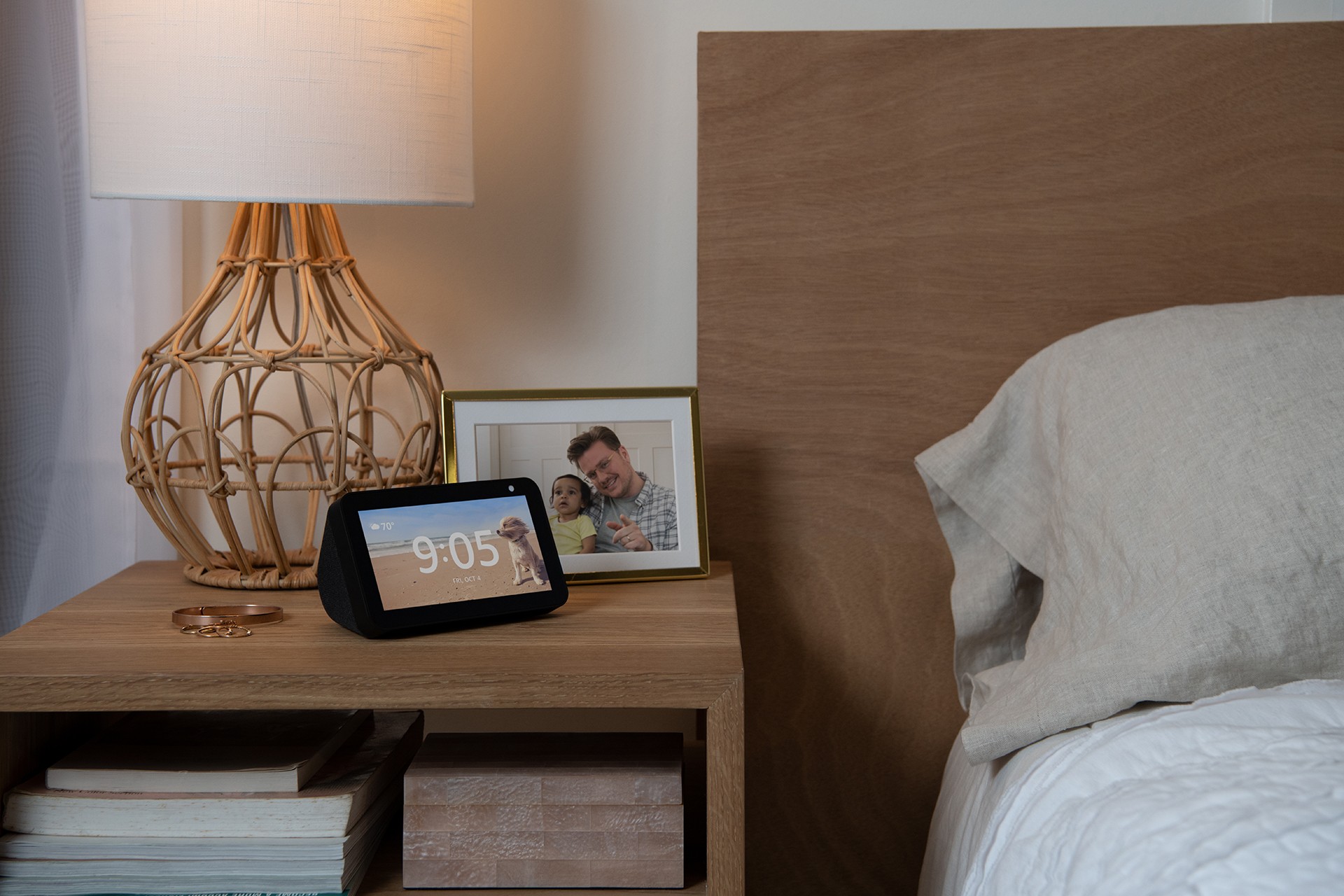 No surprises here — Prime Day 2020 has brought a slew of deals on Amazon’s own devices. While Prime Day as a whole is a bit unpredictable when it comes to specific sales, it’s almost a guarantee that at least a few Amazon-made devices will be on sale.

As years have gone by, Amazon has come out with a ton of Alexa-enabled devices and acquired companies that make devices that now work with Alexa. You can find all of them and their respective deals on Amazon’s device page, but we’ve collected the best of the best here so you don’t have to search for them.

The previous generation Echo Dot hits its lowest price ever during Prime Day —only $19. Amazon just came out with the 4th-generation model, but aside from updated design and a few internals, both Echo Dots do the same things. If you’re looking for the most affordable way to get an Alexa-enabled speaker in your home, this is the deal to grab.

The Echo Show 5 is on sale for $45, which is an all-time-low for the tiny smart display. We gave it a score of 85 for its ambient light sensor and sunrise alarm feature, solid sound quality and physical camera shutter. Amazon also has a great bundle deal that includes the Echo Show 5 plus a Blink Mini Indoor smart camera for $50.

The Echo Show 8 is a small step up from the Echo Show 5 and now you can grab one for $65. The lowest it’s been before today was $80, so you’re getting a solid deal if you want a smart display with a bit more screen space than the Show 5 has. It’s a versatile device that could act as a nightstand alarm clock or a small TV on your kitchen counter.

But if you want the most screen space possible, the 2nd-gen Echo Show is the device to get and it’s only $150 for Prime Day. Normally priced at $230, this is the previous model of the Echo Show — Amazon just debuted a new Echo Show 10 with a screen that swivels to follow you so you’ll always have a good viewing angle. But if you don’t need a moving smart display, the 2nd-gen Echo Show remains a solid alternative.

Amazon’s best sounding smart speaker is now available at an all-time-low price of $149.99. That’s $50 off its normal price and a great deal if you’ve wanted an Alexa smart speaker that actually sounds good. We gave it a score of 88 for its hi-res audio, excellent sound quality and ability to be used as a home theater speaker.

The Echo Flex smart adapter of sorts is on sale for $9.99, which is its lowest price ever. This gadget is ideal for those that want to be able to call upon Alexa, but don’t have space for a dedicated smart speaker. Amazon calls it a mini smart speaker because it does play music like other smart speakers, but at the end of the day, the Flex is best at hearing Alexa commands and acting upon them.

The Echo Auto, now discounted to $20, lets you make your car a little smarter by introducing Alexa into the mix. With the device connected to your smartphone and your car’s speakers, you can ask Alexa to do things like turn on the lights at your home before you even arrive. Just make sure to check that your car is compatible with the Echo Auto before you buy it.

Now’s the time to get a new e-reader while the Kindle Paperwhite is at an all-time-low price of $80. Normally $130, this e-reader earned a score of 95 from us for its improved waterproof design, higher-contrast display and new Audible support. If you want a few accessories, you can opt for the Kindle Paperwhite Essentials bundle, which includes the device, a case and a charging adapter.

Amazon’s Kindle for kids makes things easy for parents — now for only $75, you’ll get a 10th-gen Kindle, a kid-friendly cover, a two-year warranty and one year of Amazon Kids+, which gives kids access to hundreds of age-appropriate books, movies, TV shows and more. And since the Kids Edition e-reader is the same hardware as a standard Kindle, you’ll be able to use it to access digital library books if you have a library card as well.

Any Prime member can get the Fire TV Stick 4K for only $30, which is $20 off its normal price and only $5 more than its lowest price ever. But if you’ve never purchased a Fire TV Stick before, you might be able to get the streaming device for only $5 total — use code 4KFIRETV at checkout to get the discount. Your milage may vary on this one, but it’s worth giving the coupon a shot. Even if you get the Stick 4K for $30, you’re getting a solid deal on one of Amazon’s most powerful (and compact) streaming device.

Amazon’s most capable tablet, the Fire HD 10, is on sale for $80, which is $70 off its normal price. We gave it a score of 88 for its sharp 1080p display, solid performance for an entry-level tablet and hands-free Alexa support. It works best as a media consumption device or a tablet that doubles as an Echo smart display thanks to the Show Mode feature.

The kids’ version of the Fire 7 tablet is on sale for $60, returning to its lowest price ever. Like with the Kindle Kids Edition, the Fire 7 Kids is actually a full-featured Fire 7 tablet but it comes with a kid-proof case, a two-year warranty and one year of Amazon Kids+.

The Fire TV Cube is the most powerful Fire streaming device you can get and now it’s only $80. We gave the Cube a score of 88 for its speedy performance, 4K, Dolby Vision and HDR+ support and good handling of voice commands. You’ll be able to watch content from most streaming services with this device, including Netflix, Disney+, Hulu, YouTube, and of course, Prime Video.

Yes, Amazon makes small appliances and now you can save on its “smart oven,” which is a microwave, convection oven, food warmer and air fryer all in one. You can cook basically anything with its more than 30 different presets and, like most Amazon devices, you can control it with Alexa voice commands. The oven is on sale but you can also get it bundled with an Echo Dot or an Echo Show 5 for less.

The Eero Mesh WiFi system, which includes a router and two access points, is down to $174 for Prime Day. This is sale makes it a much more affordable way to upgrade your home WiFi system. Setting up an Eero system takes a couple of minutes thanks to a companion mobile app and, if you have an Alexa device, you can use voice commands to control WiFi access for specific devices.

One of the newest Blink cameras is even more affordable for Prime Day as it’s down to $25, which is $10 off its normal price. The Mini Indoor camera records 1080p video whenever it detects motion and it has two-way audio capabilities, allowing you to talk to whomever is in your home even when you’re away. You can even monitor the camera’s feed from an Echo smart display just by asking Alexa.