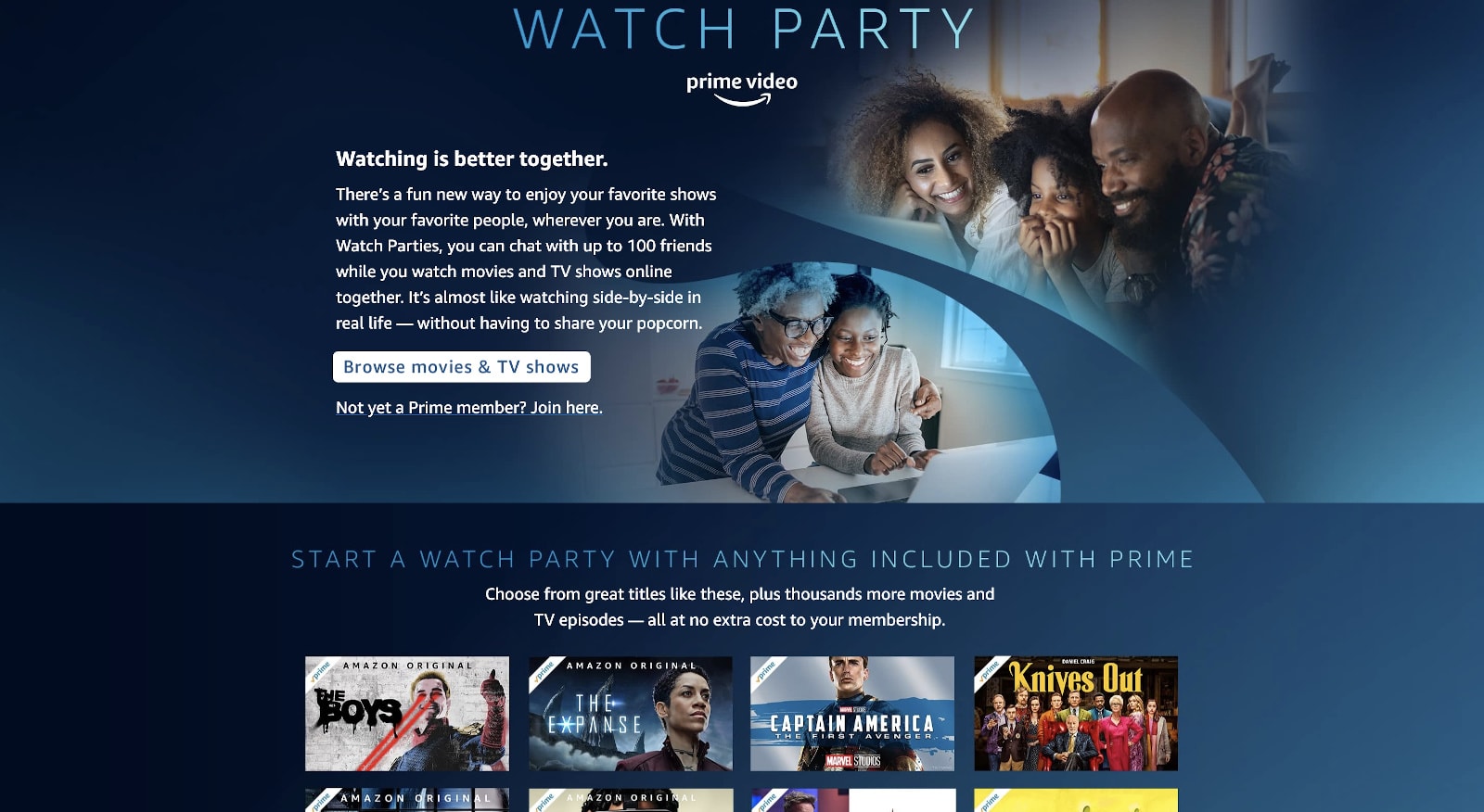 Amazon’s new Prime Video feature could help you stay connected with friends even while social distancing. If you’re in the US, you can now host and attend a Prime Video Watch Party, a new option for desktop that lets you co-watch with friends and fellow Prime members. As the host, you’ll be in charge of controls, providing all attendees with a cinema-like synchronized viewing experience. And yes, you can choose what to watch from Prime Video’s TV and movie lineup, which currently includes Captain America: The First Avenger and Amazon Originals like Tom Clancy’s Jack Ryan and The Boys.

The new feature seems to be an expansion of Watch Parties for Twitch, which Amazon launched as a test feature in late 2019, that lets streamers watch videos with their viewers. Like in Twitch’s version, you’ll have access to a chat box with built-in stickers in a Watch Party, so you can communicate with friends. If you’re the host, you’ll be able to generate a link when you start a session and then invite up to 100 people — as long as they’re all Prime Video subscribers or Prime members based in the US, that is.

Unfortunately, Amazon didn’t say if the feature will be available outside the US. If you’re in the country, though, you can simply click the Watch Party icon on desktop to get the ball rolling.

In this article: Amazon, Watch Party, Prime Video, news, entertainment
All products recommended by Engadget are selected by our editorial team, independent of our parent company. Some of our stories include affiliate links. If you buy something through one of these links, we may earn an affiliate commission.