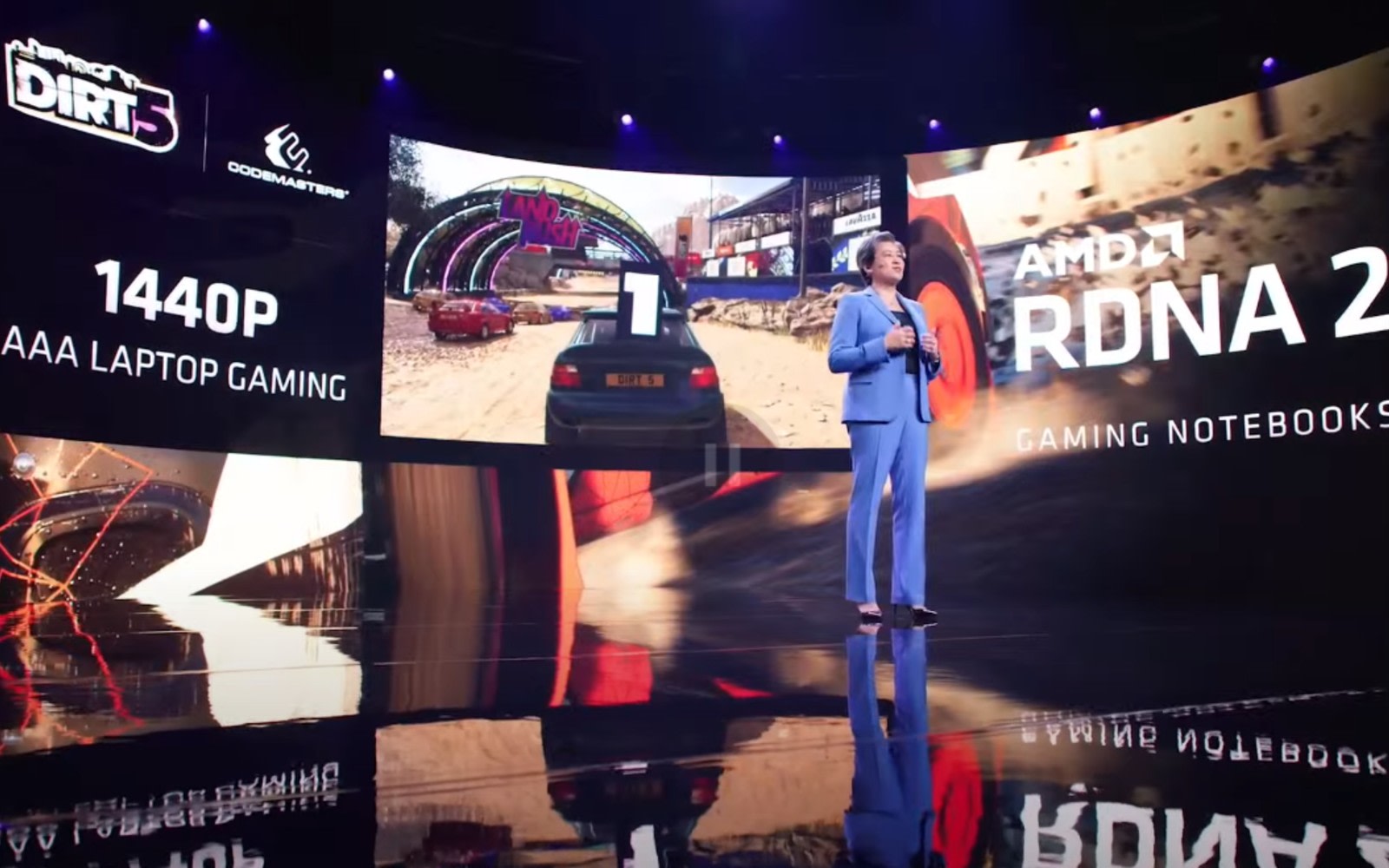 While Su didn’t speak to the specific models that will be available in this year’s laptops, she did offer a teaser of the kind of performance we might be able to expect from the GPUs. AMD showed off Dirt 5 running at 60 frames per second on “ultra-high settings” and 1440p on an unspecified model.

We wouldn’t necessarily hold AMD to the release window it has set for itself with these GPUs. Like NVIDIA’s RTX GPUs, the company’s Radeon RX 6000 series cards have been almost impossible to buy online and in-store.

In this article: ces2021, AMD, personal computing, CES, RDNA 2, gear, gaming
All products recommended by Engadget are selected by our editorial team, independent of our parent company. Some of our stories include affiliate links. If you buy something through one of these links, we may earn an affiliate commission.