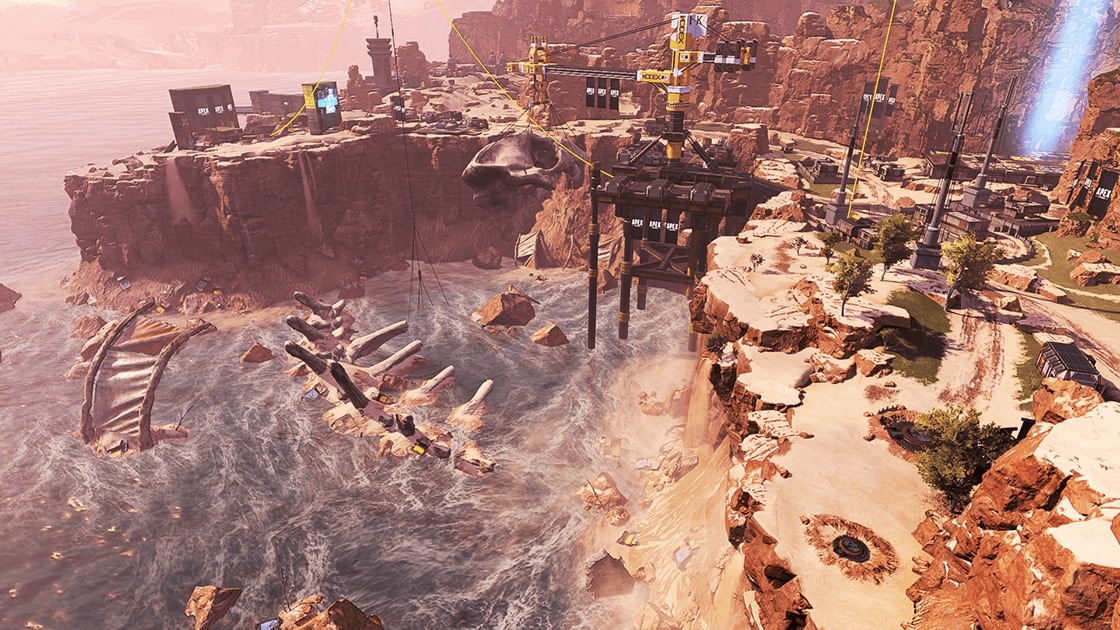 EA and Respawn have kicked off season five of their battle royale shooter Apex Legends, releasing an update that adds a new character and doesn’t stop there. Along with some significant changes to the game’s original King’s Canyon map — bye bye, Skulltown — several characters have been changed.

The holographic trickster Mirage has some new tricks to help bamboozle enemies, since now he can remotely control decoys instead of simply letting them run in a straight line. They also last for 60 seconds, and when Mirage executes his ultimate ability, the group of decoys that’s released while he cloaks will mimic his every move. This change was previewed during an earlier Apex special event called “Dummies Big Day” and shows how the team used that as a testbed for future changes and characters. Also, Mirage’s cloaking ability kicks in when he’s using the respawn beacon to bring back a teammate, or when he’s reviving a downed ally.

Other characters have smaller changes, as Bloodhound’s sonar ability refreshes more quickly, and Octane’s Jump Pad ultimate also charges up faster than before. The robot Pathfinder has been weakened, now that his grappling hook ability has seen its cooldown increase from 15 seconds to 35.

Along with the reworked areas in King’s Canyon, the map also contains new Charge Towers that can instantly fill up the ultimate meter for every player on the platform. When it comes to weapons, the Pathfinder shotgun is no longer simply laying around in loot crates, and can only be found in care packages, while the Mastiff shotgun that used to be exclusive to end-game care package drops is now a regular weapon with reduced power.

The PvE elements of season five aren’t live yet, but players can already kick off the new Broken Ghost quest / story line while they wait, and see how the new character Loba can use her abilities — a translocating bracelet, the ability to see high-value loot through walls and an ultimate that collects all nearby loot instantly — to mix up gameplay.

It's time to pursue your fortune! Season 5—Fortune's Favor is now live across all platforms. Peep the patch notes below.

In this article: EA, Apex Legends, Respawn Entertainment, battle pass, battle royale, Mirage, news, gaming
All products recommended by Engadget are selected by our editorial team, independent of our parent company. Some of our stories include affiliate links. If you buy something through one of these links, we may earn an affiliate commission.