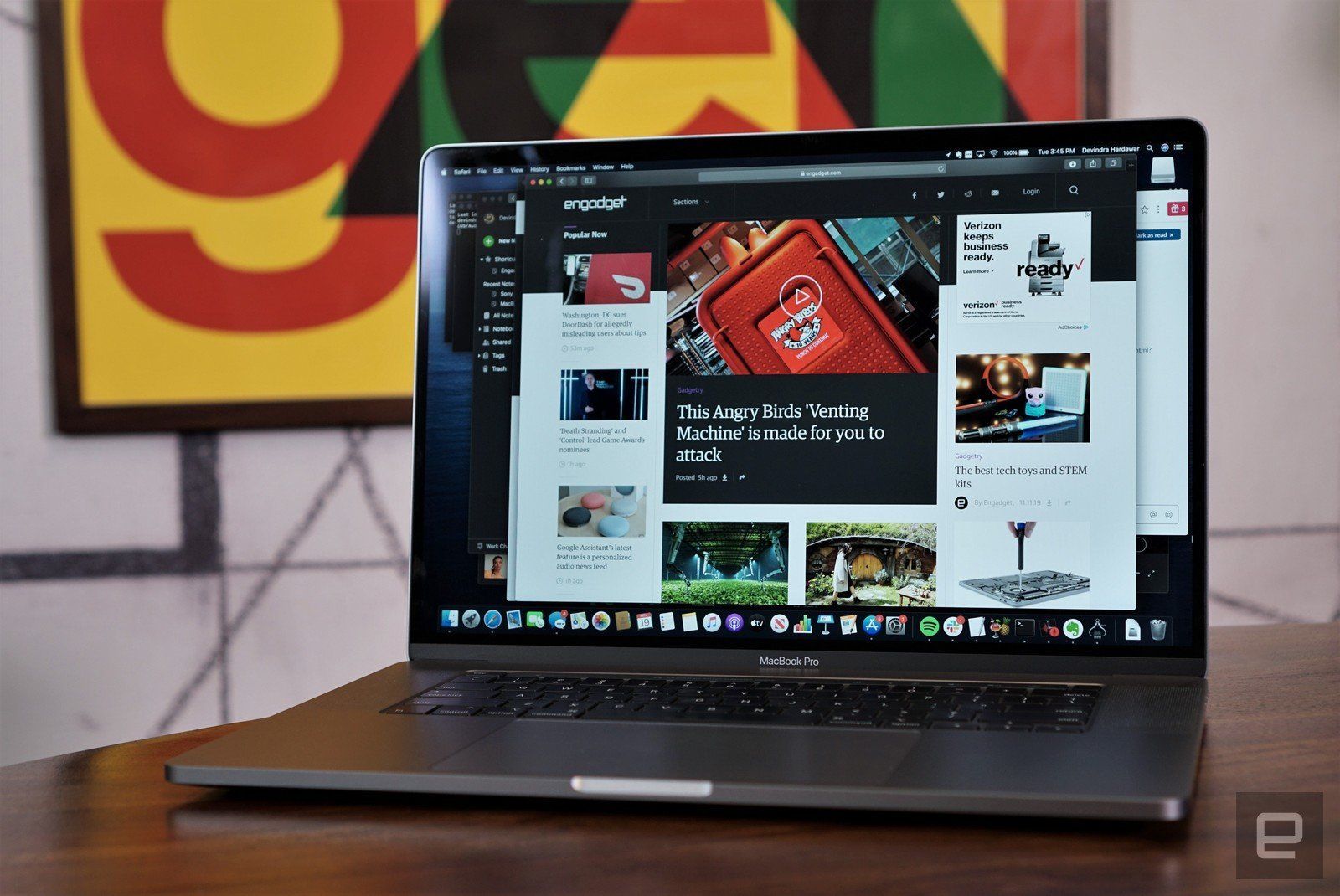 It continues to be a good time to pick up an Apple laptop if you need one for work or school. Yesterday brought deals on the 13-inch MacBook Pro and now you can save hundreds on the 16-inch MacBook Pro, too. Amazon has the laptop starting at $2,099, which is $300 off its normal price. While the laptop dropped to $1,999 last month, this is still a great deal on the most powerful Apple laptop you can get.

Engadget’s Devindra Hardawar called the 16-inch MacBook Pro the “ultimate Apple laptop” and gave it a score of 90. It has a stellar CPU/GPU combo that’s built for power users and can handle almost any laborious task you throw at it without breaking a sweat. While you will hear its fans spinning, the laptop didn’t feel hot the the touch even while running our benchmark tests.

In addition to the pro-level internals, you’ll get a stunning 16-inch Retina display, a great speaker and mic combo and Apple’s updated Magic Keyboard. The company did away with the cumbersome (and often annoying) butterfly keys found on older MacBooks and brought back a more traditional scissor key mechanism. This makes typing on the 16-inch MacBook Pro much more comfortable and reliable.

But like most MacBooks, the 16-inch model suffers from a port deficit. It has just four Thunderbolt 3 ports, so you’ll still have to take dongles and adapters with you wherever you go. But at this point, that’s a sacrifice most people expect to make when they know they want to purchase a MacBook — and the tradeoff is often worth it. This sale on the 16-inch MacBook Pro is one to take advantage of if you need the most capable Apple laptop available. Those who prefer a smaller notebook that still packs a punch when it comes to power can consider the latest 13-inch MacBook Pros, which remain on sale at B&H Photo.