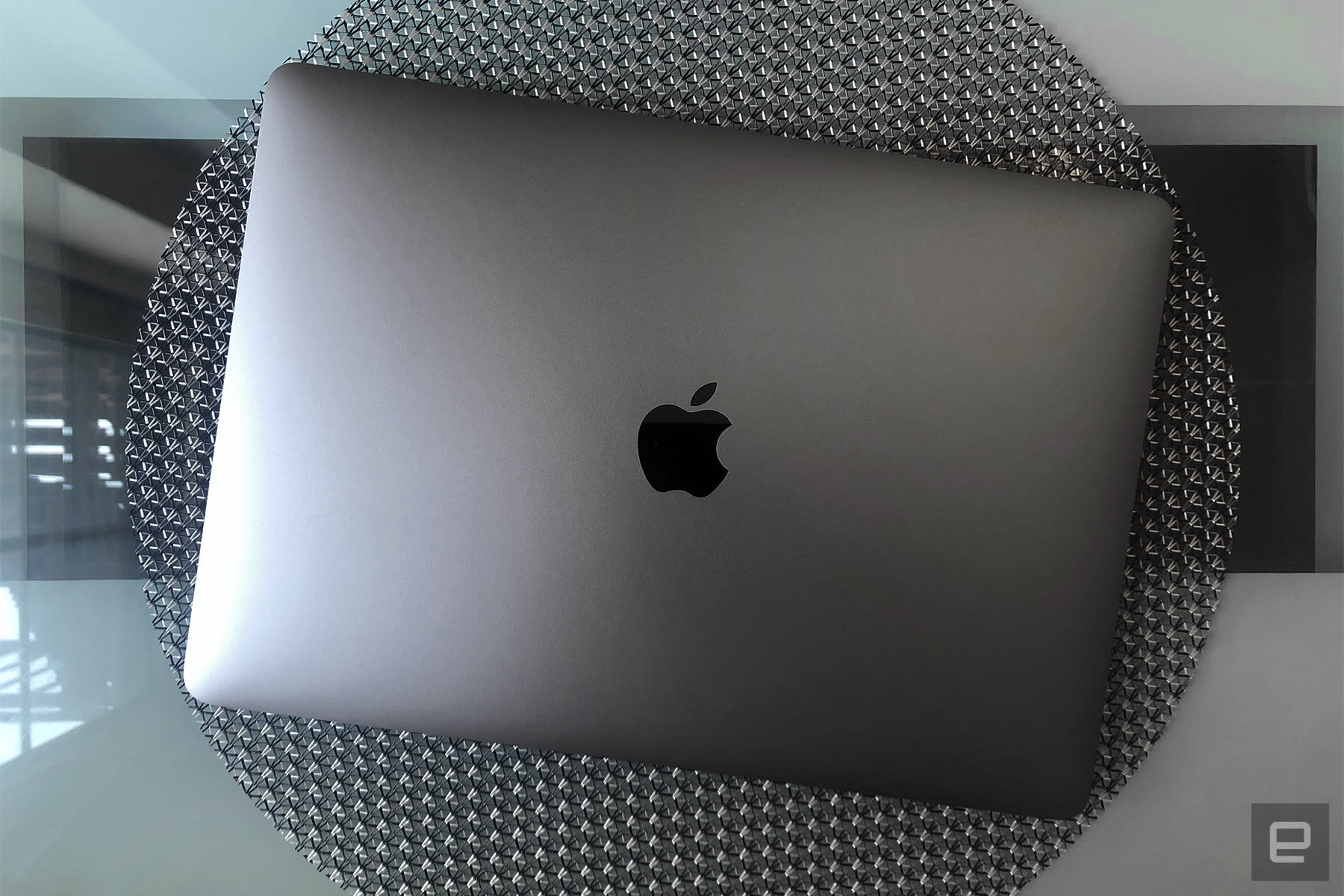 A new keyboard addresses our biggest complaint about the last-gen model.

I had a feeling I’d be reviewing a new 13-inch MacBook Pro sooner rather than later. When Apple refreshed the MacBook Air back in March with a new keyboard, I knew it was only a matter of time before the company did the same for the 13-inch Pro. Sure enough, earlier this week Apple unveiled a new model with the so-named Magic Keyboard already in use on the Air and 16-inch MacBook Pro. With that, Apple’s laptop lineup is completely rid of the controversial butterfly keyboard.

As you’d expect, a MacBook Pro refresh also means updated internals. The 13-inch Pro ($1,299-plus) now comes with 10th-generation Intel CPUs and new Intel Iris Plus graphics on select models. The entry-level model now has double the storage: 256GB. The higher-end configurations also start with 16GB of RAM instead of 8GB, and there’s a 32GB upgrade option for the first time on the 13-inch model. 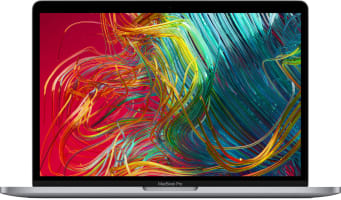 If you’ve perused my review of the 2020 MacBook Air or my hands-on with last year’s 16-inch MacBook Pro, you already know my thoughts on the Magic Keyboard’s design. Feel free to skim ahead if you’ve heard this all before. For those just joining us (hello!), the Magic Keyboard was inspired by the standalone Magic Keyboard that ships with iMacs. That’s just to say both have scissor-style keycaps, as opposed to the butterfly design used over the past few years. That mechanism was intended to reduce key wobble, but in practice it resulted in flat buttons that too often either failed to register presses or, conversely, registered double-presses. My work-issued MacBook Pro has a butterfly keyboard and I’m constantly. Inserting. Periods. Where. I. Don’t. Want. Them.

In contrast, these backlit keys here are cushier, with a full millimeter of travel. We’re not talking a full return to the pre-butterfly MacBook keyboards some of you have been missing, but they are noticeably deeper than on the last-gen model. It happens that I’m quarantining with my boyfriend, a contrarian who has been squeezing life out of his 2010 MacBook Pro for a decade. One reason he hasn’t upgraded is he had read enough bad things about the butterfly keyboard (and had enough hands-on time at the Apple Store) that he decided he’d rather wait for Apple to change course. He, too, says the new Magic Keyboard feels more substantial, even if it doesn’t have the same satisfying clackiness of his 2010 machine.

On the other hand, the new keys also aren’t as wobbly as those ancient ones we all remember so fondly now. This is due to two things: a rubber dome that sits just below the keycap, and a design that locks the scissor mechanism into the keycap at the top of the stroke.

What can I say? it’s a lovely typing experience. Between this review and the MacBook Air that came out earlier this spring, I’ve twice now had to switch back to my work Mac after testing a newer one. It’s a letdown every time.

Last note on the keyboard: like the other Macs with Magic Keyboards, this one has a so-called inverted-T arrow button layout, where the right and left buttons aren’t quite as tall as the up-and-down button stack, in theory making them easier to find by feel. I’ve mostly enjoyed this layout on the various new Macs I’ve tested, though for the first time during this most recent round I accidentally pressed the forward slash button a few times when I meant to hit the left arrow.

Otherwise, this is the same design as before, from the aluminum chassis (available in silver and Space Gray), to the smooth trackpad, to the port selection (a headphone jack and four Thunderbolt 3 USB-C ports, two on each side). I still miss having at least one full-sized USB port, not to mention an SD card reader. I don’t think Apple will ever reverse course on this but it still boggles my mind that a machine aimed at creative professionals wouldn’t have these things built in.

Rounding out the list, there’s the same stereo speakers as last time, the same three-array mic and the same 720p webcam, which served me adequately enough in my never-ending stream of work-from-home meetings. The Touch Bar is back too, as is the Touch ID fingerprint sensor in the upper-right corner of the keyboard deck. As ever, Touch ID takes less than a minute per finger to set up and works reliably; the MacBook Pro never rejected my fingerprint when I used it to log in.

As for the Touch Bar, I still wish it weren’t there, but I’ve mostly made peace with it. I’d much prefer a row of physical function keys, which you’ll still find on the MacBook Air. I haven’t found much use for Touch Bar shortcuts, but I do miss the physical pause button. Also annoying: I have a tendency to accidentally hit the Touch Bar’s mute button in the upper-right corner, and then I might not notice until I wonder why I can’t hear anyone on my call. Good times.

As recently as two months ago, there were reports in the press that Apple was preparing to unveil a MacBook Pro with a 14.1-inch screen, not unlike the way the 16-inch MBP came to replace the 15-inch model. As it happens, the 13-inch MacBook Pro is, well, still a 13-inch MacBook Pro. It still has a 13.3-inch Retina display with 2,560 x 1,600 resolution and Apple’s True Tone tech, which automatically adjusts the color temperature based on the ambient light.

So far, these screen specs are identical to what you’ll get on the Air, a machine that costs $300 less. For the money, you do get a couple perks, including support for the P3 color gamut and a brighter 500-nit display (the Air only goes up to 400 nits. It came in handy when I was working near the window on a sunny day, though I also found myself cranking up the brightness in the Apple Arcade game Sayonara Wild Hearts just because I could. The game’s neon colors and deep blacks lend themselves really well to the panel here.

All of which is to say, it’s a very nice screen. My only concern is that if someone buys the 13-inch Pro now only for Apple to come out with a more substantially redesigned 14-inch MacBook Pro not long after, they might feel cheated. Then again, one never knows what Apple will do. We’ve been waiting for an Apple television set and electric car for years now.

As with the recently refreshed MacBook Air, Apple partially upgraded the 13-inch Pro line with 10-generation Intel processors -- Intel’s 10-nanometer “Ice Lake” chips, to be exact. Though the 13-inch MBP starts at $1,299, the model I tested was a $1,799 configuration with a 2GHz quad-core Core i5 processor, Intel Iris Plus graphics, a 512GB solid-state drive and 16GB of RAM. On the graphics front, Apple is touting Intel’s latest Iris Plus architecture and its 64 execution units, a 33 percent increase over the previous generation.

In other words, even if the $1,299 or $1,499 configuration is likely to be just fine for you, you’ll need to test at least the $1,799 model to enjoy what Apple is touting as improved performance.

Let’s start with a few benchmarks. In Geekbench 5, it logged 1,202 for single-core performance and 4,384 for multi-core. That’s right in line with what we recorded in our recent review of the Samsung Galaxy Book Flex, which also has 16GB of RAM and Intel Iris Plus graphics (albeit with a Core i7 CPU).

Meanwhile, in our 4K encoding test, wherein we transcode the same minute-long 4K trailer to HD using Handbrake, the 13-inch MBP got the job done in 1:26. After running the short test twice, the bottom of the laptop got quite hot, though the fans at least stayed reasonably quiet. That roughly 90-second finish time isn’t bad considering other machines with integrated graphics such as the Galaxy Book Flex have approached or exceeded the two-minute mark. For the Pro to have managed a sub-minute time, it probably would have needed a discrete GPU. If that’s what you’re after, you’ll want to consider the 16-inch Pro over the 13-inch model (or take a look at some of the 13-inch Windows machines in the competition section).

In real-world use, the Pro had no problem handling my workload, which includes multiple Chrome windows and tabs, plus Slack, Spotify, Notes, Photos, Messages and, increasingly, video calls on different platforms. For the purposes of my testing, I also introduced something that’s not normally part of my routine: Fortnite. The game ran smoothly at 1,280 by 800 on low settings with a frame-rate limit of 60FPS, although the fans definitely started to pipe up. In addition to Sayonara Wild Hearts I spent some time with Where Cards Fall. Those games ran well too, and pushed the fans less than Fortnite.

When it comes to battery life, Apple promises up to 10 hours each of wireless web usage and Apple TV video playback, the same claims it made with the last-gen model. In our standard video rundown test, my machine managed 11 hours and 33 minutes. Not the 13 hours or more you can expect from competing machines  like the Galaxy Book Flex and Dell XPS 13, but still pretty good.

Here’s what we think you’ll be cross-shopping (or should be!) if you’re considering shelling out $1,299-plus for the new 13-inch MacBook Pro:

The new 13-inch MacBook addresses one of our biggest complaints with the last-gen model: the frustrating typing experience. Now, the smaller MBP is that much easier to recommend, with the Retina display, speakers, touchpad, battery life and overall performance rounding out the mix. There’s also enough performance clout here that it’s clear why someone would choose this over the similarly sized MacBook Air.

The case for choosing the 13-inch MBP over a competing Windows machine will be tougher, at least for someone who’s open to using either OS. Other machines offer some combination of lighter weight, longer battery life, discrete graphics or better on-paper specs for less money (e.g., 10th-gen Intel chips at a lower price point). For shoppers who have been holding out for a new MacBook Pro with a more usable keyboard, you can upgrade now, confident you’re making a good choice. For folks in the market for a portable machine with decent graphics and long battery life, the 13-inch Pro is just one of several strong options available right now.