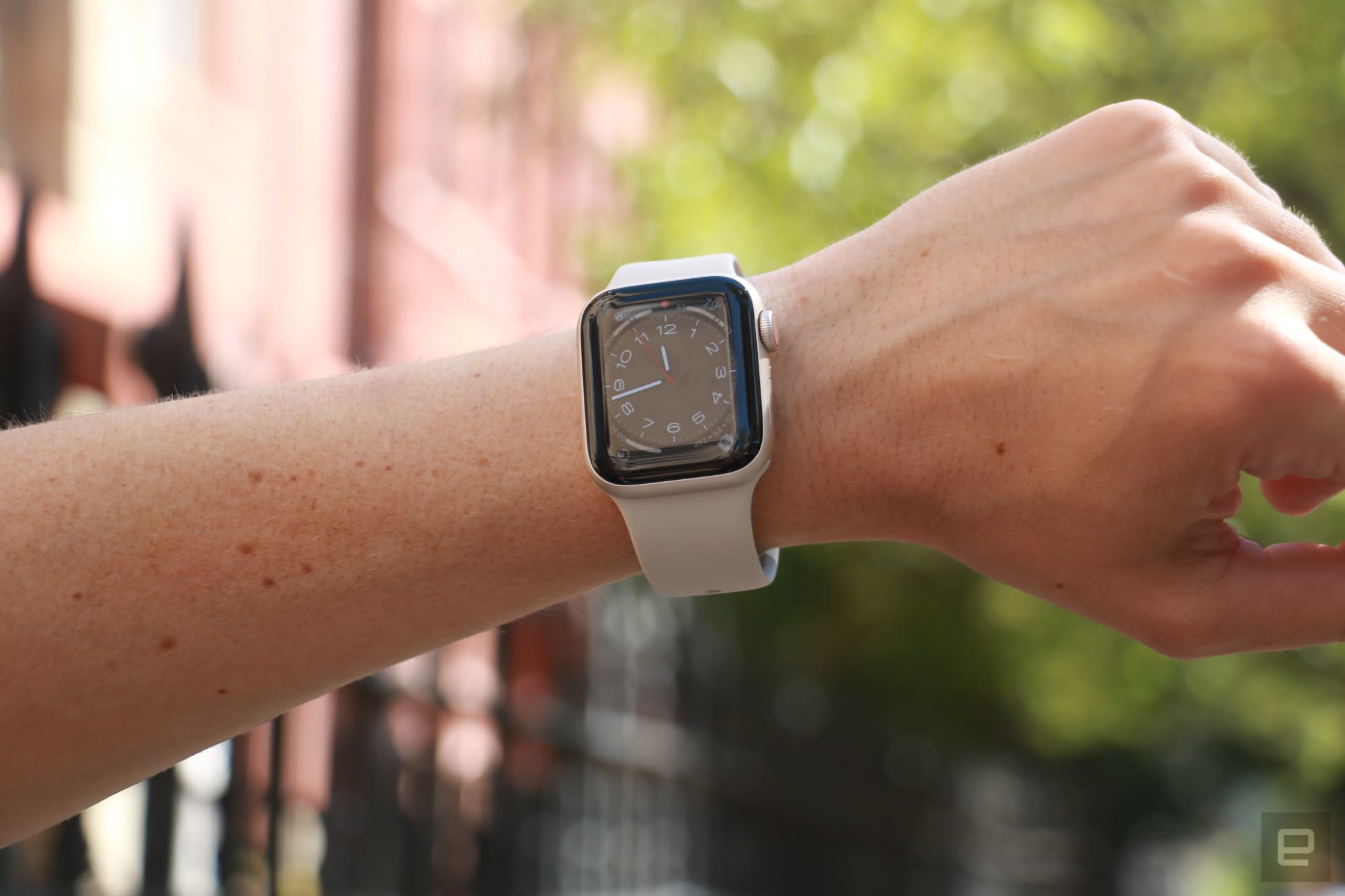 I wasn’t expecting Apple, of all companies, to deliver the most competitively priced smartwatch you can buy in 2022. But with Apple shaving $30 off the cost, the new Watch SE is arguably the most compelling wearable on the market. For $150 less than the new Series 8, this year’s Watch SE delivers a comprehensive suite of health and fitness tools, emergency features and surprisingly few tradeoffs. It even uses the same new chip as the Series 8, and it looks indistinguishable to boot.

If you’ve seen one Apple Watch, you’ve pretty much seen them all. Unlike the majority of smartwatches for Android users, iPhone owners are stuck with the rounded square face the company has retained year after year. At this point, it feels like most people are used to the shape and have either embraced it, adjusted to it or given up complaining.

I’m one of those who’s decided to no longer waste my breath asking for a round face. At least the Watch SE looks inoffensive and is light, comfortable and well made. The 40mm model I’ve been testing sits nicely on my wrist and most of the time I barely even notice it’s there. A 44mm version is also available.

It’s worth noting that most recent wearables are similarly unobtrusive, though at 26.4 grams (0.93 ounces), the 40mm Apple Watch SE is one of the lightest around. Meanwhile, the Fitbit Sense and the Samsung Galaxy Watch 5 both outweigh it at 37.6 grams and 28.7 grams, respectively.

Though the SE’s underside is made from a nylon composite and sapphire crystal instead of the ceramic on its predecessor and the Series 8, I didn’t even realize there was a difference until I scrutinized the spec sheet.

Unlike the Series 8 and Watch Ultra, the new SE isn’t rated IPX6 for dust resistance, but it is water resistant at up to 50 meters. It also uses an older heart rate monitor than the other two, but comes with the same S8 system-in-a-package (SiP) processor, as well as an onboard high-g accelerometer that makes crash detection possible.

Like its predecessor, the SE’s screen is covered by an Ion-X glass as opposed to the sapphire crystal on the Series 8. I’ve had no mishaps with the new SE, though my first review unit of the last-generation device did get seriously damaged, with spiderweb cracks covering the display after it fell off my bathroom sink. If you’re clumsy or anticipate being careless with your smartwatch, it might be worth paying more to get a hardier model.

The Watch SE’s Retina display is bright, crisp and easy to read, even in direct sunlight. That latter trait has a lot to do with the fact that Apple consistently uses colorful text on a black background, which is great for readability. Though Samsung watches like the Galaxy Watch 5 often have higher resolutions and greater brightness, they also sometimes use tiny fonts with low contrast and can be hard to read.

The new SE has the same display as its predecessor, which is to say it’s also an LTPO OLED panel that runs at resolutions of 394 x 324 and 448 x 368 for the 40mm and 44mm versions, respectively. It’ll also max out at 1,000 nits of brightness like the older SE and the Series 8.

Besides the lack of a skin temperature sensor, the main difference between this year’s Watch SE and its more premium siblings, is that it doesn’t have an Always On Display (AOD). This just means you’ll have to lift your wrist (fairly deliberately sometimes) to see things like the time, how long you’ve been working out or a notification that just came through. It does take a second for the Watch SE to wake up and show me what I’m looking for, but it never felt too laggy. If you’re the impatient type and have money to spare, though, this is one feature that might make the Series 8 worth the extra $150.

For the price, it’s impressive that the Watch SE uses the same S8 SiP as the Series 8 and Watch Ultra. In general, this meant the $250 watch was just as snappy as its pricier counterparts at setting new watch faces, measuring my heart rate, starting workouts and more. I wore the SE and a Series 8 during my testing and sometimes it was quicker to detect that I had been walking for 10 minutes or longer, while other times higher-end model would be first. Regardless of which device alerted me first, though, they both clocked roughly the same duration for my outdoor walks.

Using the SE to track my daily HIIT and resistance training sessions felt exactly the same as using the Series 8. The only difference was that the latter’s AOD kept the workout screen on so I could more easily keep an eye on stats like elapsed time and calories burned.

The most significant feature that the SE lacks is the new skin temperature sensor that Apple introduced on the Series 8. This measures the wearer’s body temperature overnight and, based on any deviations from a baseline reading, retrospectively estimates if they’ve ovulated. Because the SE doesn’t have the hardware, it doesn’t offer this ovulation-tracking feature. But it does everything else related to cycle and sleep-tracking. You can log your periods or wear this to bed to see how long you’ve spent in zones like REM, Deep and Core sleep.

Despite packing an older heart rate monitor than the Series 8 and Watch Ultra, the SE didn’t take significantly longer to deliver a reading. Frankly, for the most part, I couldn’t tell that there was any difference between the SE and the Series 7 I had been wearing for a year. Missing features like the ECG and blood oxygen apps weren’t things I used much anyway.

One area where the SE lagged pricier Apple Watches is battery life. While the Series 8 usually stuck around all day with juice to spare the next morning, the SE tended to run dangerously low at night if I’d been particularly active earlier. I usually track one workout every morning and rely on the watches to automatically detect my two to five outdoor walks each day, all while trying to hit my stand and move goals. If I walk for longer than 10 minutes more than twice, the Watch SE will struggle to last till midnight.

Another notable difference between the SE and the Series 7 and later is that it doesn’t offer fast charging, but it never took longer than an hour to get back to 100 percent.

Apple sacrificed surprisingly few features on the second-gen Watch SE. As a starter smartwatch, it offers plenty of health and fitness-tracking functions, while providing peace of mind via emergency features like crash detection and compass trackback. As long as you’re not extremely clumsy or impatient, you won’t miss things like the hardier screen, dust resistance or always-on display. At $250, the new Watch SE is the best smartwatch for the money.

All products recommended by Engadget are selected by our editorial team, independent of our parent company. Some of our stories include affiliate links. If you buy something through one of these links, we may earn an affiliate commission. All prices are correct at the time of publishing.
View All Comments
Apple Watch SE review (2022): The best smartwatch $250 can buy