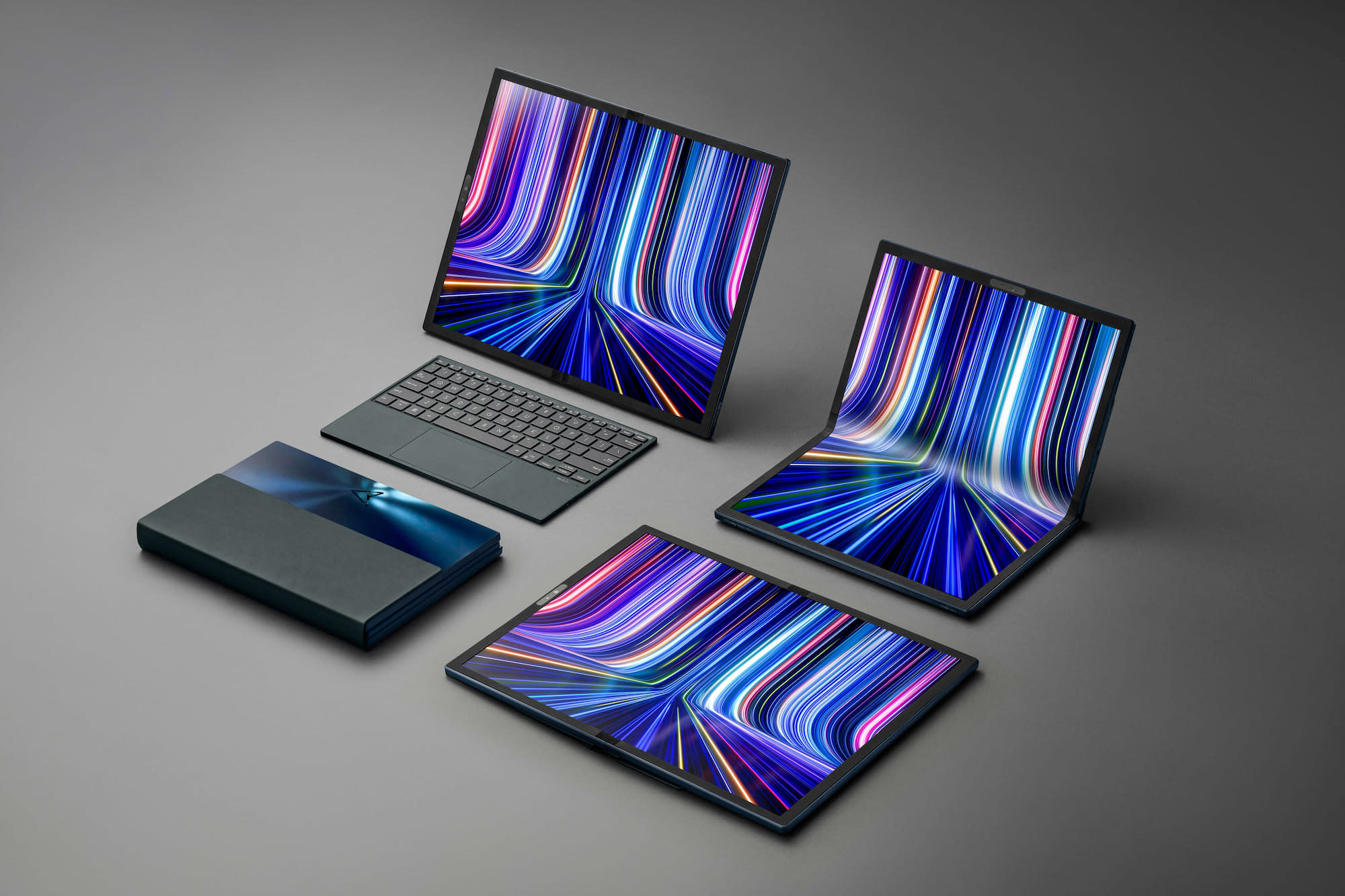 Using an included keyboard, the ZenBook 17 Fold can operate like a 12-inch laptop.

ASUS has a lot more to show off at CES than traditional laptops. The ZenBook 17 Fold is a full-screen foldable OLED tablet, which marks an evolution from the dual-screen Project Precog concept the company showcased in 2018.

The device comes with a Bluetooth keyboard with touchpad. When the screen is partially folded and the keyboard is positioned on the bottom half, it can effectively be used as a 12.5-inch Windows laptop with a Full HD resolution. For more real estate, you can place the keyboard on the desk and stand the tablet up.

The ZenBook 17 Fold has a 75Wh capacity battery, WiFi 6E and Bluetooth 5.2 connectivity, a Dolby Atmos quad-speaker system and 1 TB of NVMe M.2 SSD storage. You can have up to 16 GB of LPDDR5 memory as well as "the latest Intel CPU" with integrated graphics. Ports are limited to two Thunderbolt 4 USB-C ports and a 3.5mm combo audio jack.

It's hardly the first time we've seen a manufacturer attempt a foldable tablet PC. Lenovo revealed the ThinkPad X1 Fold at CES 2020, though we felt it wasn't up to scratch. Foldable phones, of course, have become more commonplace over the last couple of years too.

ASUS hasn't disclosed pricing though it's aiming to release ZenBook 17 Fold around the time of Computex in May. The device and keyboard weigh over four pounds combined, which could make it a hard sell for some folks. Whether ASUS can overcome that issue, as well as supply chain difficulties and problems other manufacturers have had with foldable devices, remains to be seen.

All products recommended by Engadget are selected by our editorial team, independent of our parent company. Some of our stories include affiliate links. If you buy something through one of these links, we may earn an affiliate commission. All prices are correct at the time of publishing.
View All Comments
ASUS made a wild 17-inch foldable OLED tablet