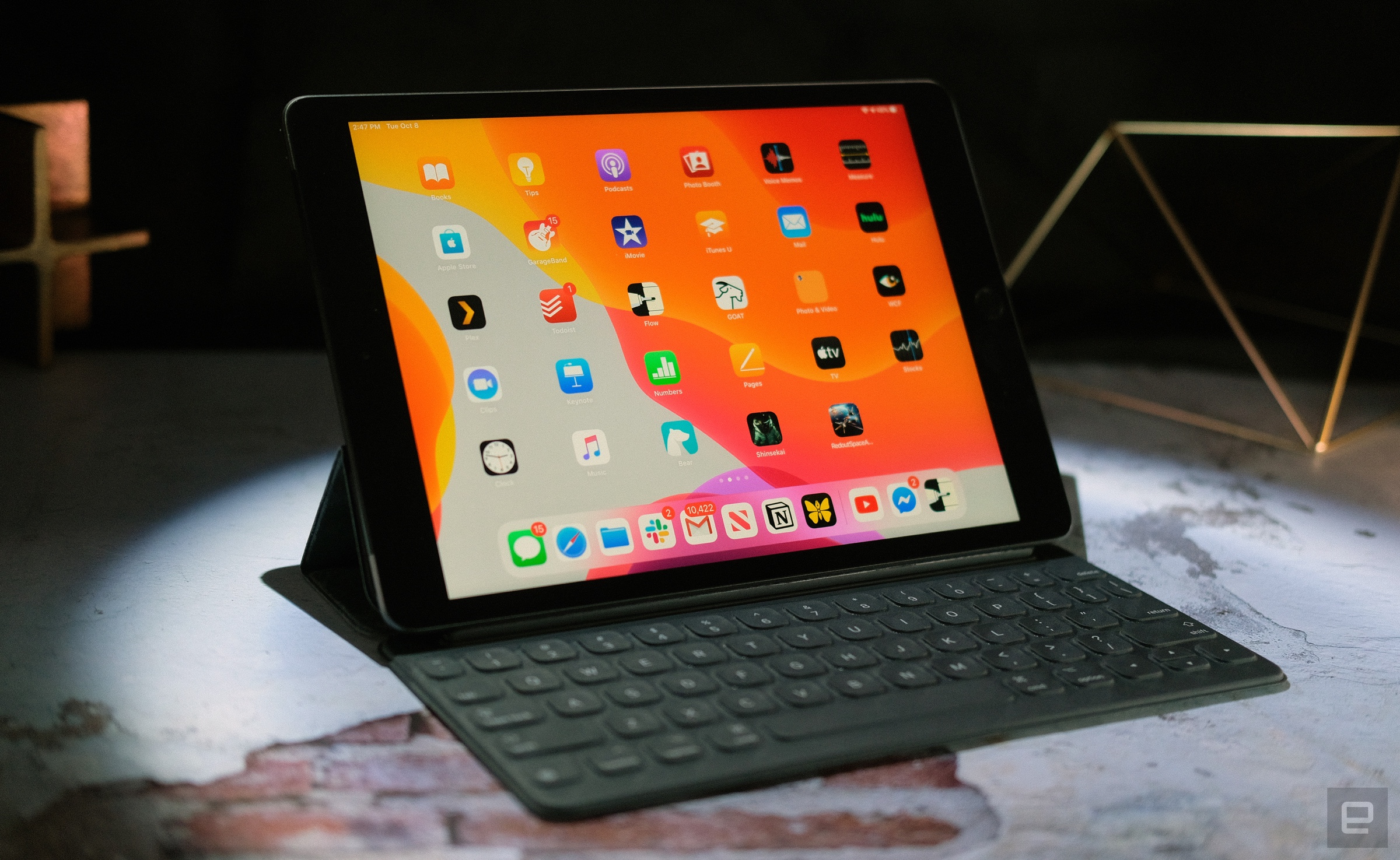 Best Buy is discounting a bunch of Apple gear in a new shopping event. The retailer is dropping the price on select Apple products, including the 10.2-inch iPad ($80 off), HomePod ($100 off) and Apple Watch Series 5 ($100 off).

The most noteworthy deal is undoubtedly the 10.2-inch iPad, which is currently on sale for $250. That’s an $80 savings off of its normal list price of $330. This iPad occasionally goes on sale at third-party retailers, and we’ve seen it drop to $330 -- even $280. But this is the best deal we’ve seen in a while.

When we reviewed the 10.2-inch iPad last fall, we gave it a score of 86. It has the features we’ve come to expect in iPads: a solid screen, great software and decent battery life. It’s not faster than the model it replaces, but it’s the best tablet you can buy for under $500, and now it’s well under that benchmark.

Best Buy is also knocking $100 off the HomePod, which you can now get for $200. It’s one of the best-sounding smart speakers available, and we gave it an overall score of 79. Siri responds quickly to commands, and it has a subtle design. But you really need to be committed to the Apple ecosystem to get the most out of the device.

The other deal that caught our attention is the Apple Watch Series 5 for $300 -- that’s a $100 savings. The Apple Watch is still the best smartwatch, and this latest model packs a bright screen, always-on display, compass, international emergency calling and generally fast performance. The Series 5 is great if you’re buying an Apple Watch for the first time. But it’s a relatively minor update compared to the Series 4, so it makes upgrading to a new device less appealing if you already have one.

Even if you’re not in the market for an iPad, HomePod or Apple Watch, it’s worth checking out Best Buy’s Apple event. There are a few other discounts on key hardware and accessories that might pique your interest.