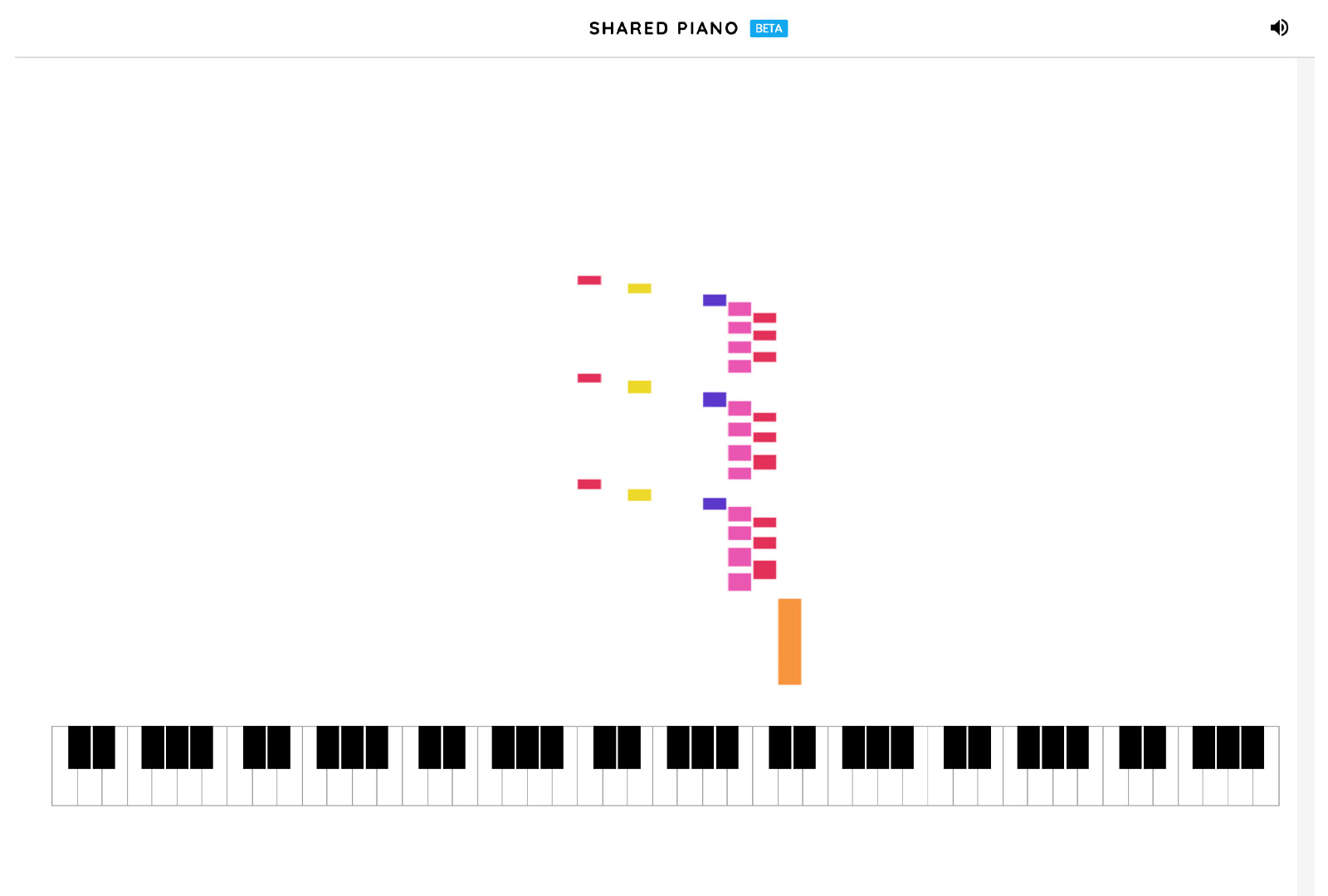 Online virtual pianos aren’t exactly a rarity, but being able to jam with friends easily is. The Shared Piano beta from Google’s Chrome Music Lab makes it dead simple, though, and no musical instruments or MIDI controllers are needed. Just load up the web app and send the link around to create a virtual practice space. You can choose between a piano, drums, strings, woodwinds and more to create your own songs.

Made clear by its sparse UI, Shared Piano is in beta, but it performs well. Lag doesn’t seem to be an issue -- it’s seamless for multiple people to stay in tempo -- and the piano roll makes it easy to see who is playing what. It works on both desktop and mobile, with desktop users entering notes with pre-assigned keyboard strokes and mobile users tapping their touchscreens. Polyphony is limited to six voices, so you won’t be able to play huge chords, but that would probably be beyond the scope of this project, anyway.

Chrome Music Lab isn’t meant to be an advanced performance tool -- it’s supposed to make learning music more accessible and fun. There are several more fleshed out experiments to choose from, like Spectrogram, which illustrates the amplitude and frequency of different sounds, or Oscillators, which uses anthropomorphic shapes to convey the properties of different waveforms. Even as a fun time waster, these online apps are worth looking into, especially Shared Piano, since you can pass some time with friends while social distancing.

In this article: google, chrome, google chrome, music, google chrome music lab, music lab, piano, audio, news, gear
All products recommended by Engadget are selected by our editorial team, independent of our parent company. Some of our stories include affiliate links. If you buy something through one of these links, we may earn an affiliate commission.