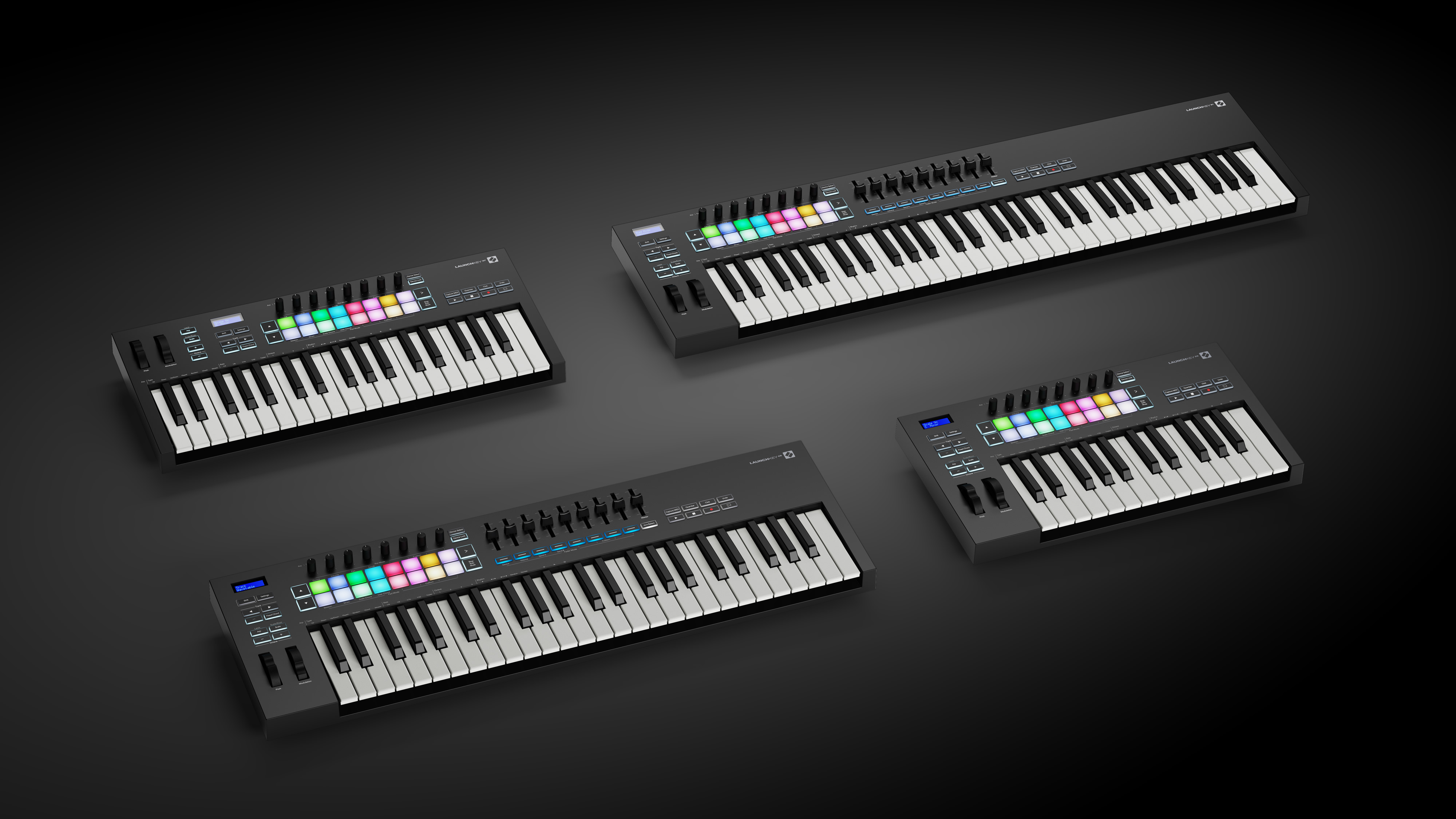 As always, the Launchkey MK3 line is tightly integrated with Ableton Live, making it a great choice for controlling that DAW. But now, in addition to launching clips and starting recordings, you have control over which tracks are armed, quantize settings, the click track and loop controls. There’s even a dedicated button for activating Ableton Live’s Capture MIDI which makes it less likely you’ll forget that riff or lose that jam forever.

Just as exciting though, is the addition of some new features like scale and chord modes which locks all the notes to a particular scale or easily transpose a chord around the keyboard with just a single keypress. Then there’s the arpeggiator which has unique rhythm options and generative style controls like mutate and deviate which allow you to randomly change the notes and rhythm of your arpeggio on the fly (but unlike the full random mode, locks into a repeating pattern).

And, since each each Launchkey has 5-pin MIDI DINs you can control your hardware synths directly, and take advantage of that incredible arpeggiator, even if you’re not into making music on a computer.

The Launchkey in a portable 25-key version, as well as 49- and 61-key versions. Novation also introduced a 37-key model this year that gives you enough room to play with two hands, while still being relatively compact, especially since the pitch and mod wheels are above the keys on that particular model.

Novation didn’t specify pricing and launch dates, but it’s unlikely that prices would be much different than the current lineup which starts at $150 for the 25-key and goes up to $250 for the 61 key.

In this article: novation, launchkey, midi, midi controller, Music, instrument, musical instrument, ableton live, keyboard, news, gear
All products recommended by Engadget are selected by our editorial team, independent of our parent company. Some of our stories include affiliate links. If you buy something through one of these links, we may earn an affiliate commission.