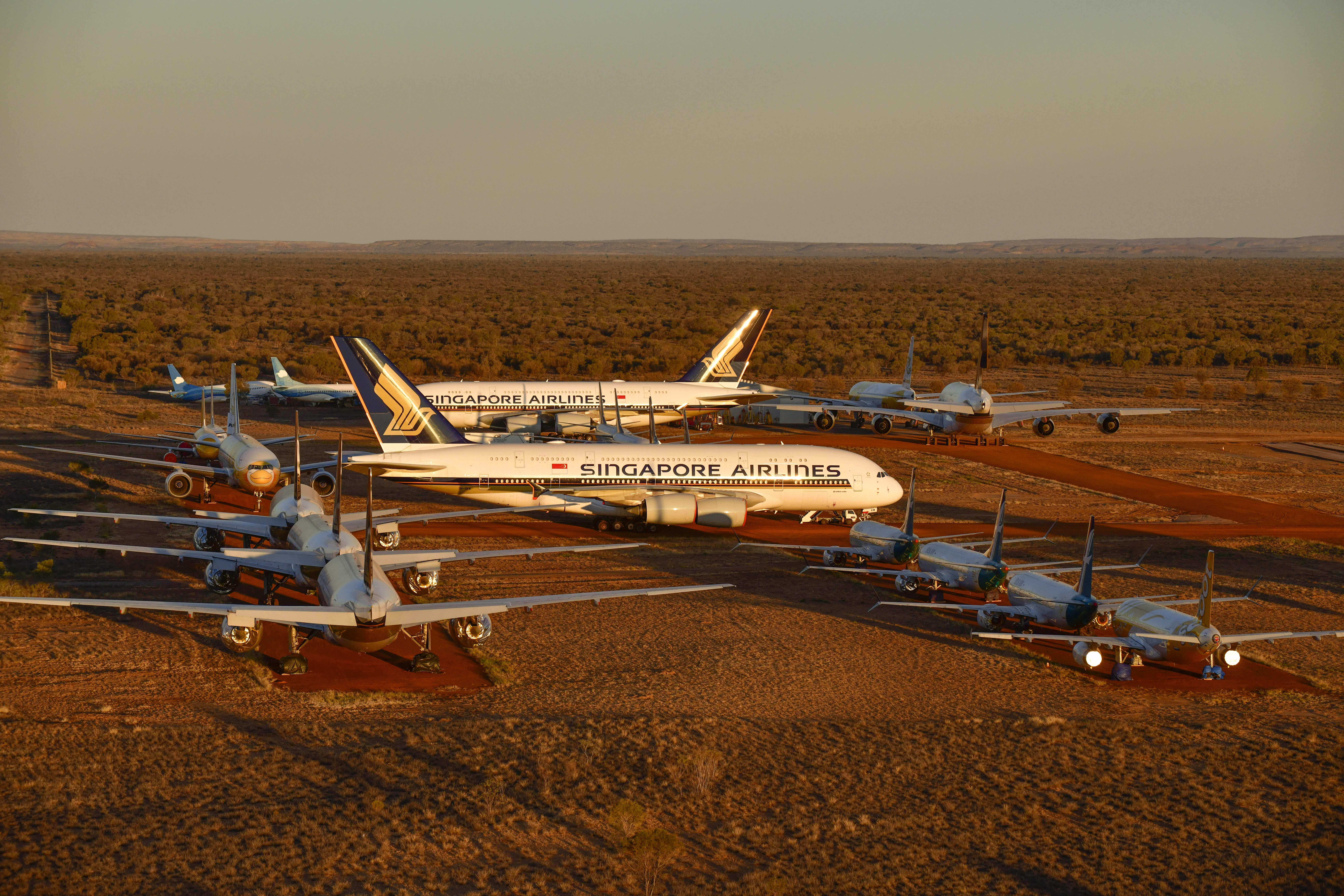 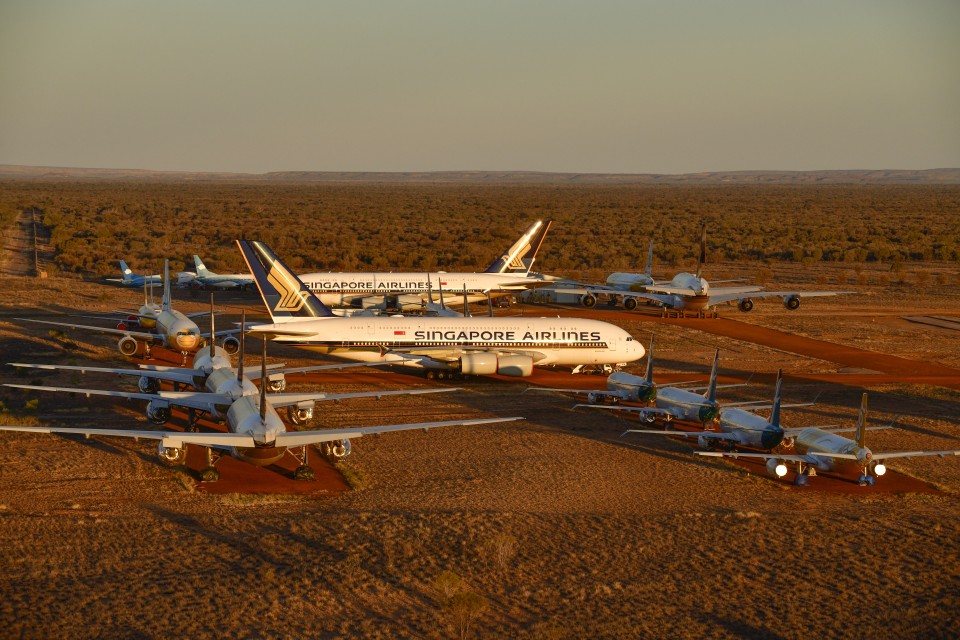 COVID-19 has shattered the aviation industry, with nations closing their borders and banning all but essential travel. A world where people could hop from country to country is now one where empty planes travel to maintain contractual obligations. Major carriers, including American, IAG, Delta and Lufthansa have all asked for government bailouts.

One airline that will receive a substantial amount of taxpayer cash is Air France-KLM, which will get around $17 billion worth of help. That figure comes with conditions, including that the Franco-Dutch conglomerate cuts its CO2 emissions and buys gear from the France-based Airbus.

Airbus is, of course, one of the world’s two major aircraft manufacturers, the other being the US-based Boeing. But, even now, it’s not clear that any quantity of cash will be enough to see flying return to the levels seen in 2019. Whatever we were used to, in terms of cost, convenience and experience, it’s not going to be the same for a while. Just last week, the International Air Transport Association (IATA) said that only 45 percent of travelers asked intended to fly “within a few months of the pandemic subsiding.”

Perhaps the biggest casualty of COVID-19 so far has been the Airbus A380 and the flying it represented. This “superjumbo” jet, competition for the Boeing 747, was designed to offer mass transit in the skies, to convey huge volumes of people around the world in its double-decker cabin and a potential capacity of more than 850.

Work on the A380 began in the early ‘90s, with the first vessel entering service in 2007, and it’s instantly recognizable. Less a plane and more like a bus, it hauls people between major hub airports, where they get a single-aisle craft to their destination. The idea of air travel, back at the A380’s genesis, was that you’d fly to, say, JFK, and then get an A380 to Cape Town, Paris or Shanghai.

A number of carriers have A380s, but it’s become synonymous with Emirates, which has a staggering 115 of the craft in its fleet. But despite the plane’s relative youth, launching just over a decade ago, the virus has hastened the A380’s demise. Airbus announced last year it would stop manufacturing the plane, and according to Bloomberg, even Emirates, its biggest booster, no longer wants its remaining deliveries.

Other carriers are also swinging the axe on their A380s, including Air France-KLM, which brought forward the “definitive end” of A380 operations by two years. In a statement, the airline said that doing so would make its fleet more competitive, with a “significantly reduced environmental footprint.” In its place would be smaller planes, like Airbus A350s and Boeing 787 Dreamliners.

Business Traveler said that Lufthansa is speeding up the phase-out of its own A380s, reducing its fleet of the superjumbo by half. Qantas, similarly, has said it will use smaller single-aisle planes on its long-haul routes until at least September — with eight of its 10 A380s grounded until then.

From an airworthiness perspective, the A380’s retirement is premature — very premature. For comparison, a Boeing document from 2013 says the operational lifespan of its commercial aircraft is around 30 years. AerSale, a company offering aftermarket support for planes, says that “from purchase to retirement,” a plane should last “between 20 and 36 years.” If the A380 disappears from the skies by 2022, it will have lived — in total — for not even half of its potential lifespan.

The problem with the A380 is that Airbus had banked on a “hub and spoke” model for international travel, but failed to spot the flaw in that plan. Taking a short hop to a hub airport and then on to another on the other side of the world will always add hours to a journey. It’s something that rival Boeing did pick up on. And it went in the opposite direction.

Back in 2002, Boeing’s Peter Rumsey, then head of new airplane development, wrote that passengers “demonstrated a preference for flights that take less time.” He added that it was “common sense” to take people “where they want to go,” and what passengers wanted more than anything else was more direct flights.

The Sonic Cruiser project did not survive, with a post-9/11 slump causing interest in the project to dry up. But its original spirit, and some of the ideas, trickled down to Boeing’s next big, albeit far less radical, new aircraft: the 787 Dreamliner. The 787 is made of lightweight composite materials, has a higher internal pressure (for passenger comfort) and is far cheaper to run than similarly sized rivals.

The A380 had other problems, too. Its sheer size meant that airports had to make special alterations to their gates to accommodate such a plane. It also meant that it required larger crews and more engines, increasing the cost of each flight. One Forbes report said that every hour the A380 was in flight cost between $26,000 and $29,000. A Dreamliner, by comparison, costs closer to $11,000 an hour to fly.

Airlines will likely replace the A380 with smaller aircraft from Airbus and Boeing to reduce emissions and to deal with a drop in expected passenger numbers. What we won’t see, in the eyes of at least one aviation expert, is news of a next-generation airplane in the near future.

Bill Blain is a market strategist at Shard Capital with a focus on the business of flying. He feels the aviation industry has badly misjudged the market. “It’s a right bloody mess,” he said, with both companies obsessing over making bigger, more capacious aircraft. Blain said that, while the Dreamliner is a “wonderful plane,” a better bet would have been a smaller plane.

He believes that airlines were always going to want planes closer to the 737 — a narrow-body plane with a capacity around 200 — than the bigger 747. “If you [as an airline] can get a small plane that you can make economical with 200 people on board,” then you’re golden. Blain said that Boeing’s failure to properly replace the 737 with a brand new aircraft has led to tragedy. The 737 Max, which modified the existing 737 design, led to two crashes that claimed 346 lives.

Airlines will need to pay for these early retirements, but Blain said they can’t simply raise ticket prices. The post-COVID economy is likely to be in recession or at least stricken enough that money is tight for everyone. “There’s not going to be the money available [in the economy] to hike airline prices, and airlines need bums on seats,” he said.

What’s missing, however, is a next-generation advance that could really move the aviation market forward. Blain said the planes airlines will buy, like Airbus’ A320/321 and Boeing’s 737 Max, use “old tech” and aren’t very fuel efficient, both things airlines crave. He adds that both companies have neglected to invest in training new engineers to replace the experienced ones who are reaching retirement age.

Airbus and Boeing declined to comment for this story, but both companies have new aircraft in the works. The latter is working on a “New Midsize Airplane,” which will reportedly seat between 220 and 270 passengers. However, Reuters reported in April that the program halted while the company scrambles to fix the 737 Max debacle.

Airbus’ next-generation craft could have been the hybrid-electric E-Fan X, co-developed with Rolls Royce. But that initiative died in April, a year before the aircraft was expected to take to the skies. The company is also working on a delta-wing concept, MAVERIC, with a bigger cabin but with a 20 percent reduction in fuel burn. But that won’t be ready for decades, if ever, and there’s still a need for aircraft that can ride the rough skies that COVID leaves behind.

In this article: Airbus, Boeing, COVID-19, Coronavirus, Air Travel, feature, gear, tomorrow
All products recommended by Engadget are selected by our editorial team, independent of our parent company. Some of our stories include affiliate links. If you buy something through one of these links, we may earn an affiliate commission.