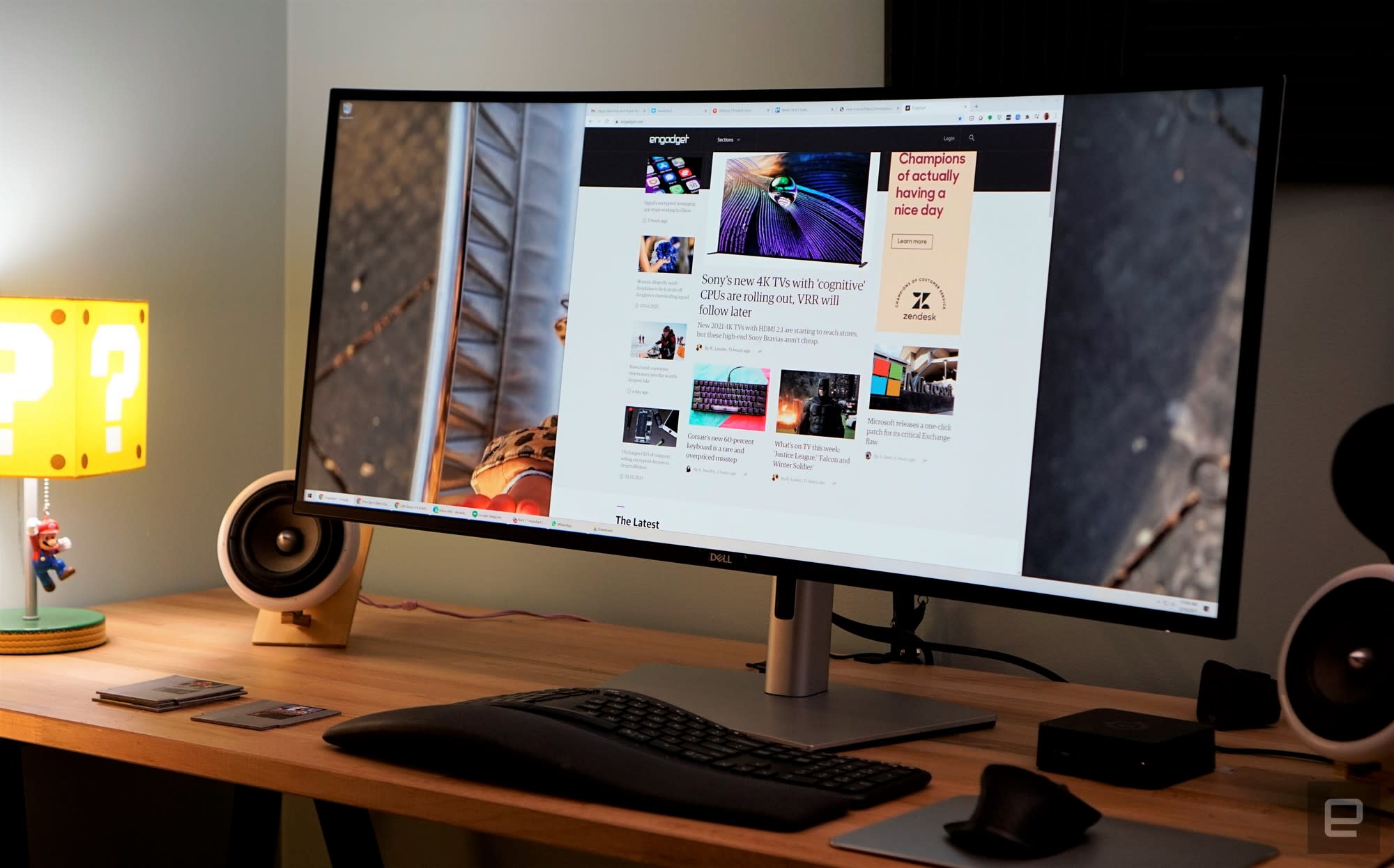 Dell's 40-inch ultrawide monitor is the best kind of excess

It's just a shame it's not great for games.

There are few gadgets I love as much as ultrawide monitors, specifically the 34-inch variety. Their 21x9 aspect ratio is perfect for putting two full-sized windows side-by-side. And that extreme wideness makes games more immersive too, as they fill your peripheral vision. Ultrawides are shorter, so they don't make me feel like I'm just staring at a giant TV all day. After rocking a 34-inch Dell ultrawide screen for years, I could never see myself going back to anything smaller. I was happy. Satisfied, even.

Then Dell introduced its new UltraSharp 40, a 40-inch 5K2K (5,120 x 2,160) ultrawide screen, and all of that healthy contentment flew out the window. I've briefly tested larger displays, like Samsung's wild 49-inch gaming entry, but I found that to be excessive. A 40-inch screen wouldn't be that much bigger than my 34-inch, so it would be a more reasonable upgrade. And after testing it out for the past few months, I can see why many professionals would be eager to drop $2,100 (currently $1,680 on sale) on Dell's new beauty. The only issue? It's clearly not meant for games. 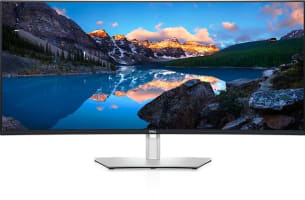 The UltraSharp 40 didn't waste any time wowing me. I immediately noticed that my desktop background image of my daughter Sophia had significantly more detail. Her yellow jacket almost jumped off the screen, and I could make out more color in her rosy cheeks. It genuinely felt like I was seeing that photo for the first time — it looked great on my previous monitor, but everything was a bit more muted.

Sure, the 40-inch size is certainly impressive, especially if you're used to sub-30-inch screens. But I was surprised to find that the color reproduction was the feature that continually wowed me. It didn't matter if I was just reading news on the web, photo editing or stalking my prey in Hitman 3, the monitor seemed almost eager to show off its vibrancy.

While it doesn't support HDR, the UltraSharp 40's color reproduction displayed more dynamic range than I've ever seen in a computer screen. It supports 100% of the SRGB gamut, 100% of Rec. 709 and 98 percent of DCI-P3. It's the latter standard that really gives the UltraSharp 40 its visual oomph — DCI-P3 has a 25 percent larger color gamut than SRGB. Overall, Dell says the UltraSharp 40 can display 1.07 billion colors with a sharp 140ppi pixel density. It tops out at 300 nits of brightness though, which is fine for dealing with productivity apps and media creation, but it's easily bested by anything with true HDR.

I found the UltraSharp 40 to be most useful when I really wanted to dive into professional work, like full-screen video editing, or prepping long podcast recordings. It was nice to be able to make Audacity take up the entire display, so that I was basically swimming in the audio timeline. Juggling multiple windows at once was a dream, especially for playing documentaries and YouTube videos on the side while I worked. It was also perfect for diving into full-screen videos, especially anamorphic widescreen content that filled up the entire display, like the Tenet trailer below.

But the size of the screen also got a bit awkward when it came to recording podcasts. I had to lean to reach my table-mounted mic, and for video calls I had to balance my webcam on one side of the monitor. That's not hard to live with, but it was often awkward to read text and windows from the far side of the screen. On video calls, it almost looked as if I was rudely ignoring everything that was happening.

Now you'd think a massive screen would be perfect for gaming, but the reality is a bit more complicated on PCs. The UltraSharp 40's unique 5K resolution was just too much for my system to render natively for modern games, even though I'm running an RTX 3080. Many titles also don't recognize that resolution at all, so you're forced to play at lower settings with black bars on the screen. Cyberpunk 2077 ran perfectly on my old screen at 3,440 by 1,440 pixels with maxed out graphics and ray tracing settings. But that resolution wasn't available on the UltraSharp 40, so I had to play in 4K with black bars. (1,440p was also an option, but that seemed like a serious step down for such a pricey screen.)

For less demanding games, like Hades, it was nice to have enough screen space to play and watch videos (or keep an eye on Slack for work, ahem) at the same time. I also didn't have much of an issue with the UltraSharp 40's 5ms response time, though it would have been nice to see more than a standard 60Hz refresh rate. It became clear pretty quickly that this isn't really a monitor meant for gamers. And honestly, that's fine. There are a slew of screens on the market with features gamers actually want, like high refresh rates (which makes gameplay look smoother), faster response times, NVIDIA's GSYNC and FreeSync. This monitor, however, runs at the standard 60Hz refresh rate.

The UltraSharp 40 is clearly targeting professionals more than gamers. And it certainly has enough ports for serious work, including one DisplayPort 1.4 connection, two HDMI 2.0 ports, and one Thunderbolt 3 USB-C connection with power delivery for laptops. It also serves as a PC hub, with five USB Type A connections, a 3.5 millimeter audio jack and Ethernet. I could see it being particularly useful if you're running a laptop with limited ports.

While it may seem like an extravagance at $2,100 (or even $1,680 on sale), the UltraSharp 40 has a lot going for it in the world of pricey monitors. LG’s 27-inch UltraFine 5K, one of the best monitors Apple sells alongside Macs, costs $1,300. And while it does have better color accuracy than Dell’s screen, I’d argue the additional space is more compelling. And if you don’t need the high resolution and color accuracy from the UltraSharp 40, Dell’s other ultrawide options like the UltraSharp 38 ($1,090) and 34 Curved USB-C monitor ($655), are cheaper gateways to the world of very long screens. Dell’s UltraSharp 49 ($1,290) is the biggest of the bunch, but I wouldn’t recommend that for first-time ultrawide shoppers. Just like with Samsung’s massive 49-inch gaming monitor, sometimes going too wide can get in the way of your productivity.

Most people don’t need everything the UltraSharp 40 offers, especially when there are a slew of cheaper ultrawide options out there. But if you’re the type of user who demands color accuracy with a massive amount of screen space, it’s certainly worth considering.