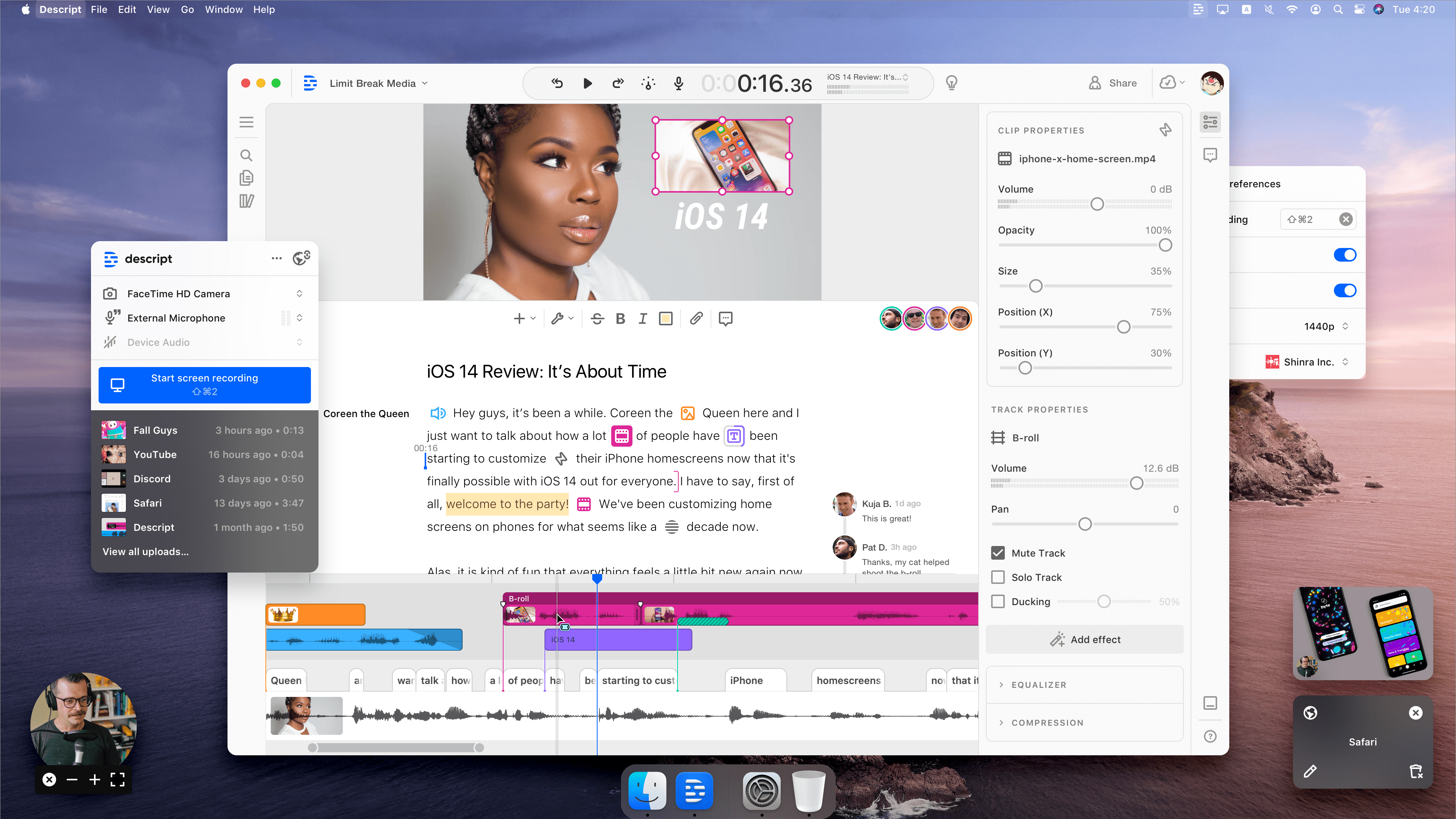 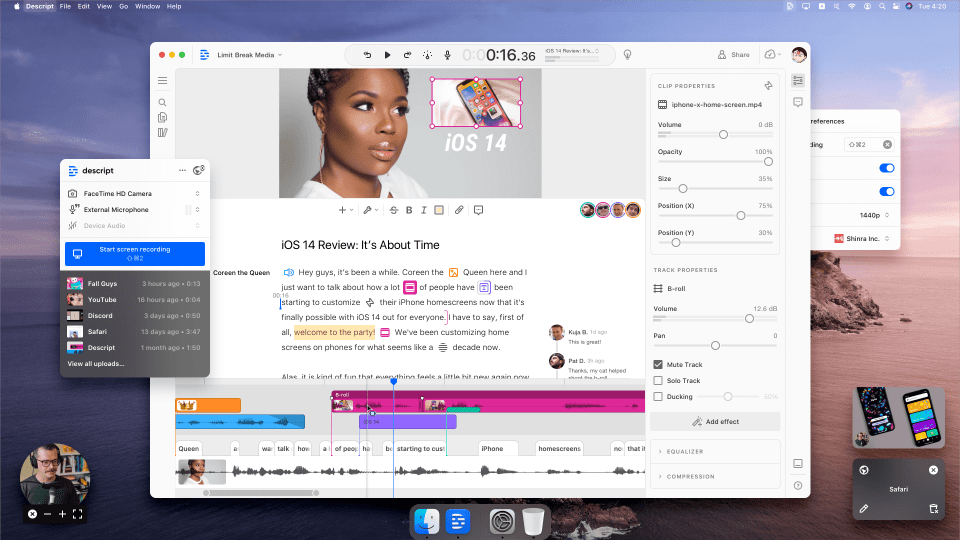 Video editing is often a time-consuming process, but Descript is trying to take the sting out of it a bit with its latest suite of tools. Descript Video transcribes your footage and turns it into a text document. Changes that you make there are reflected in your video edit.

Cutting a flubbed line is as simple as deleting the transcribed text. You can even dub over any misspeaks by changing the words in the text editor -- Descript's AI-based tech can add audio in your own voice. You'll be able to add titles, transitions, image and video overlays, keyframe animations and more using a multitrack video editor. There's also the option to export projects to other editing suites.

You can also use Descript to capture screen recordings. You can record video of your screen and webcam feed, and edit them in the same way. Descript's screen recordings are free and you'll have limited access to the editing tools without a paid plan, which starts at $12/month.

Descript, whose CEO is Groupon co-founder Andrew Mason, has been best known until now for trying to make audio editing as easy as working in a collaborative Google Doc. Bringing that same level of simplicity to video editing is no mean feat, particularly since you can work on a project with several other people at the same time by sharing links with them.

Video editing has long been on Descript's road map, according to Mason. "Today’s creators have a healthy disregard for the traditional boundaries of content mediums  —  YouTubers make podcasts, podcasters are distributing on YouTube  —  and they need a tool that’s equally capable in audio and video," he wrote. "Breakthroughs in AI enable the creation of this new class of narrative media creation tools  —  one doesn’t force a trade-off between power and ease of use. We’ve been building this foundation for over five years, and it’s finally here."

In this article: video editing, video, videoediting, audio, audio editing, audioediting, screen recording, screenrecording, screen recordings, screenrecordings, descript, andrew mason, andrewmason, news, gear
All products recommended by Engadget are selected by our editorial team, independent of our parent company. Some of our stories include affiliate links. If you buy something through one of these links, we may earn an affiliate commission.