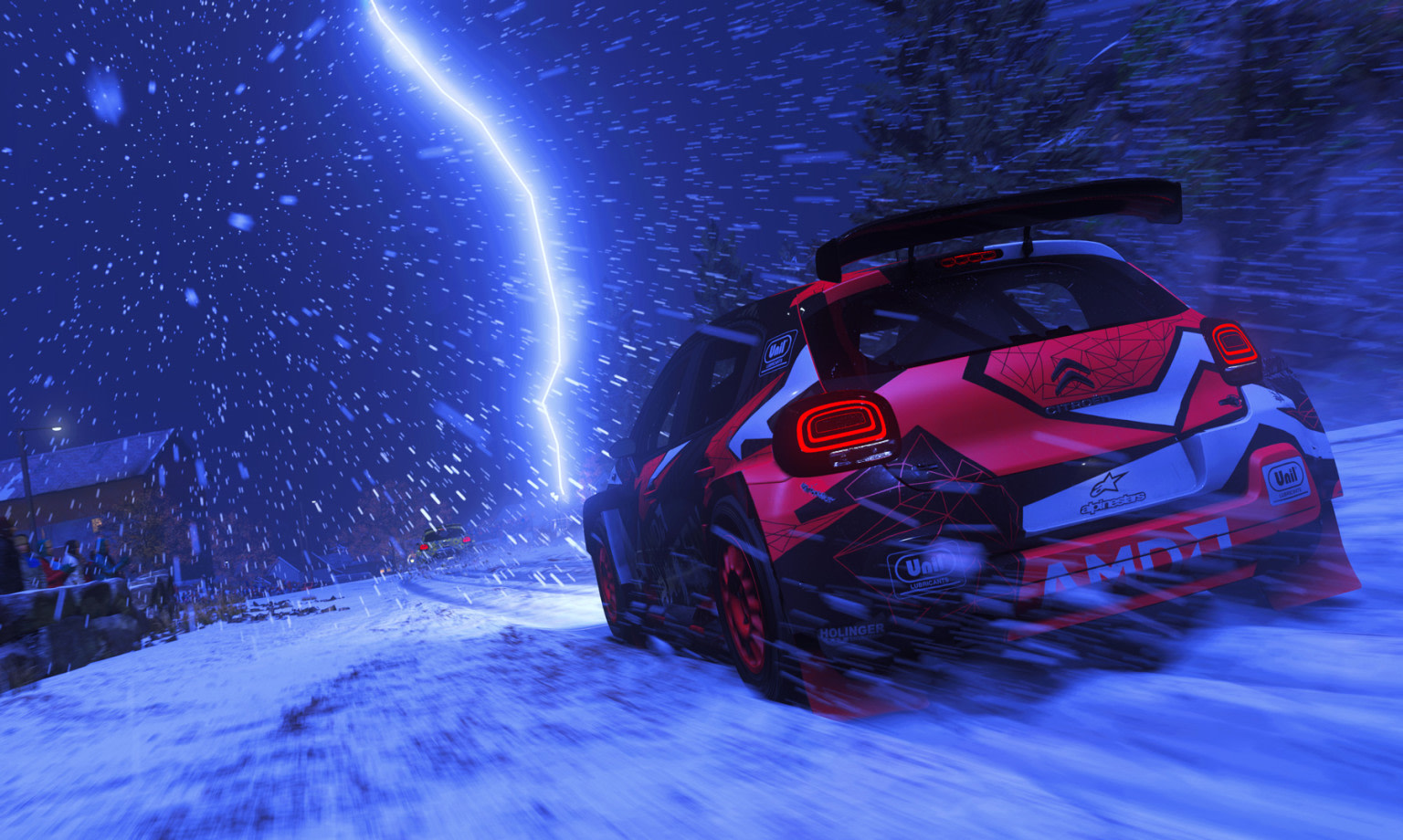 Just a few days after announcing it won’t release any more major updates for Dirt Rally 2.0, Codemasters has unveiled the next game in the Dirt franchise. Dirt 5 will include new features and “no two races will be the same,” according to the publisher. It’ll be available in October.

The announcement trailer uses footage captured in-game, offering an early look at what racing sims will look like on next-generation consoles. It shows races taking place across a range of locales, from New York and China to Norway and Brazil. Dirt 5 will also offer four-player splitscreen for the first time in the series.

In the career mode, you’ll be able to forge deals with sponsors, who’ll pay you to race for them. You’ll have a mentor, played by Troy Baker (The Last of Us), guiding you through the story. Your nemesis, meanwhile, will be voiced by Nathan Drake himself, Nolan North.

Dirt 5 will run at 60 frames per second in 4K resolution, but there’ll also be an option to play in 120Hz. It’s a Smart Delivery game, meaning you’ll only need to buy it once, and whether you play on Xbox One or Xbox Series X, the version you have will be optimized for that console. There should be minimal wait times on Series X due to the fast loading feature.

It’s the first main series Dirt game since Dirt 4 in 2017 (as the name suggests, 2019’s Dirt Rally 2.0 was more focused on rallying and rallycross). As with all the other games revealed at Microsoft’s Xbox event Thursday, Dirt 5 is optimized for Series X.

In this article: dirt 5, xbox series x, dirt, dirt5, xboxseriesx, codemasters, xbox, insidexbox, inside xbox, xbox2020, xbox 20/20, news, gaming
All products recommended by Engadget are selected by our editorial team, independent of our parent company. Some of our stories include affiliate links. If you buy something through one of these links, we may earn an affiliate commission.