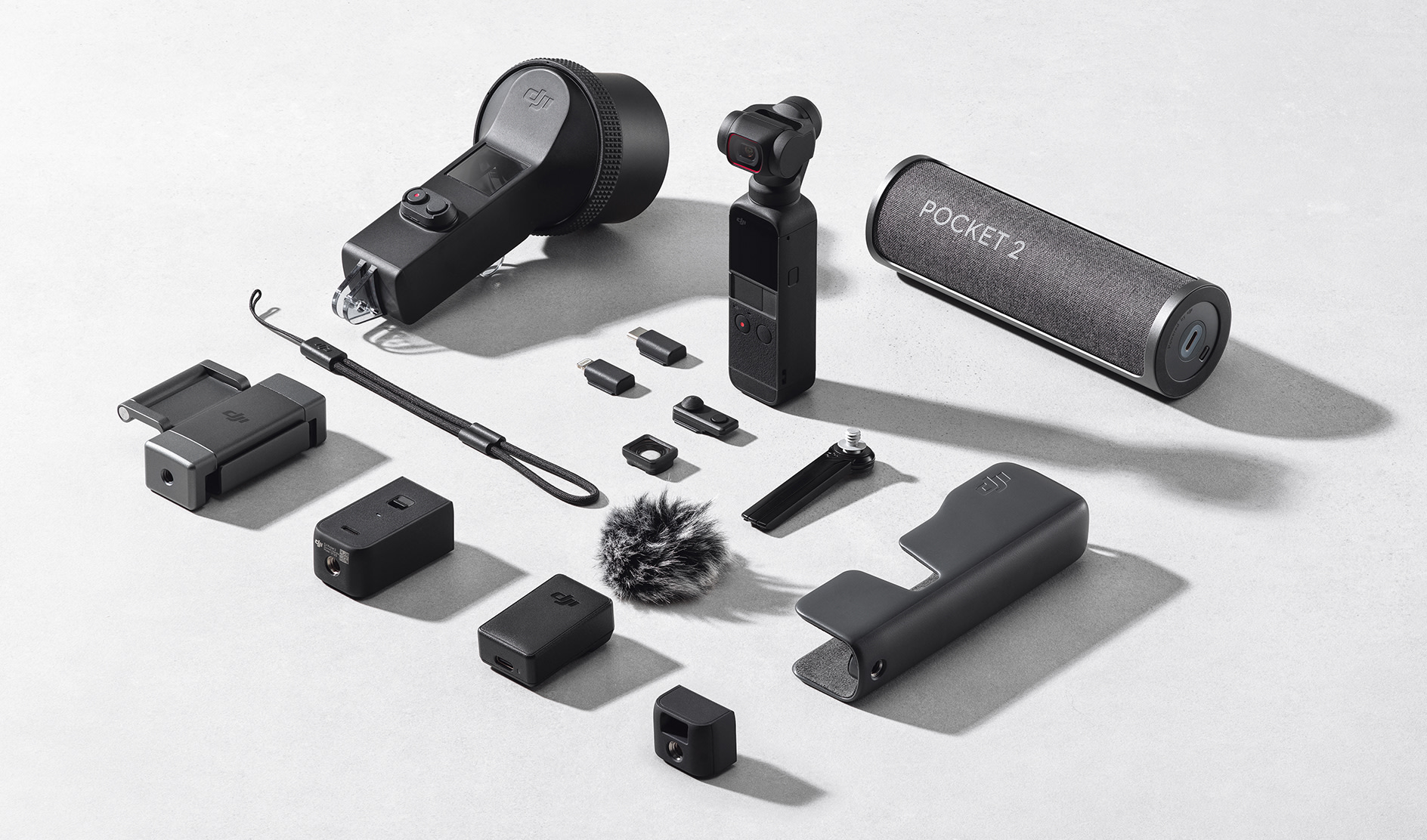 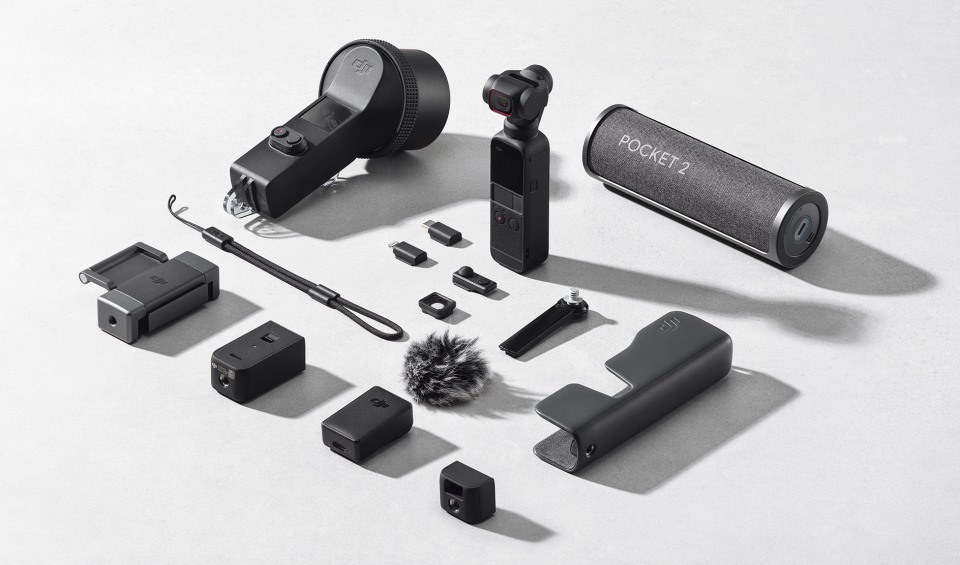 When DJI unveiled the original Osmo Pocket, it caught us by surprise. Sure, the company’s premium Osmo series of gimbal-mounted cameras had been popular, but with phones in our, er, pockets and DJI’s own Osmo Mobile series, it was easy to assume we already had a stabilized video option for the masses. Despite that, we turned out to be quite fond of the quirky little shooter. Today, the company is ready to reveal its replacement, the Pocket 2 (the Osmo branding has gone), and it looks like it might be just as much fun.

What can you do with the new sensor? Mostly the same as before, but HDR video will be added (after launch) along with the option for 8X zoom (4X of which is lossless). At the top end, the Pocket 2 will record at 4K/60 fps (100Mbit) or up to 240 fps at FHD. For those that prefer still images, there’s a high-resolution mode for 64-megapixel stills though no specific details on exactly how this works. For those who like to get a little more hands-on with their exposure, there’s a “pro” mode just for that.

While the camera part has been given a decent spec bump, the audio side of things appears to have received a robust upgrade, too. Now there are four mics, double the amount from before. DJI claims that not only does this allow for directional audio, but also but the target of the microphones will also “track” as the camera moves to keep what’s in the shot (so what you hear matches what you record). There’s also an audio “zoom” feature, but how well that works in real life we’ll have to wait and see.

Far more intriguing than all the above, perhaps, is the support for accessories. Not only will there be a charging case, waterproof housing and wireless microphone option (among others), DJI is also getting into the mod game (a-la GoPro). Simply pop off the bottom section of the handle and you’ll be able to add extra functionality like a Bluetooth/Wi-Fi module, a 3.5 microphone jack, or a wireless receiver for the wireless mic. Prices and availability for the accessories are yet to be confirmed.

Beyond the hardware side of things, DJI is wont to sneak in new software tricks, often those that debut in its drones. This time around, that means the latest version of ActiveTrack 3.0, a “Drop Aware” feature that will protect the camera lens if you have a butterfingers moment, and Fast Wake, where you can simply tap the record button to turn the Pocket on and start recording right away. Lastly, there’s also a new Story Mode which includes preset camera movements, color profiles and music. Because everything is about the stories these days you know.

If you feel like you’re due an upgrade, or just wanted to wait until version 2, you’ll be able to part with your cash starting November 1. For $349 you’ll get the Pocket 2 along with a mini control stick and tripod adapter. If you’re feeling a little flush, the Creator Combo ($499) includes the above along with a wireless microphone, wide-angle lens, a “do it all” handle and a mini tripod.

In this article: dji, pocket 2, video, gimbal, dji pocket 2, news, gear
All products recommended by Engadget are selected by our editorial team, independent of our parent company. Some of our stories include affiliate links. If you buy something through one of these links, we may earn an affiliate commission.