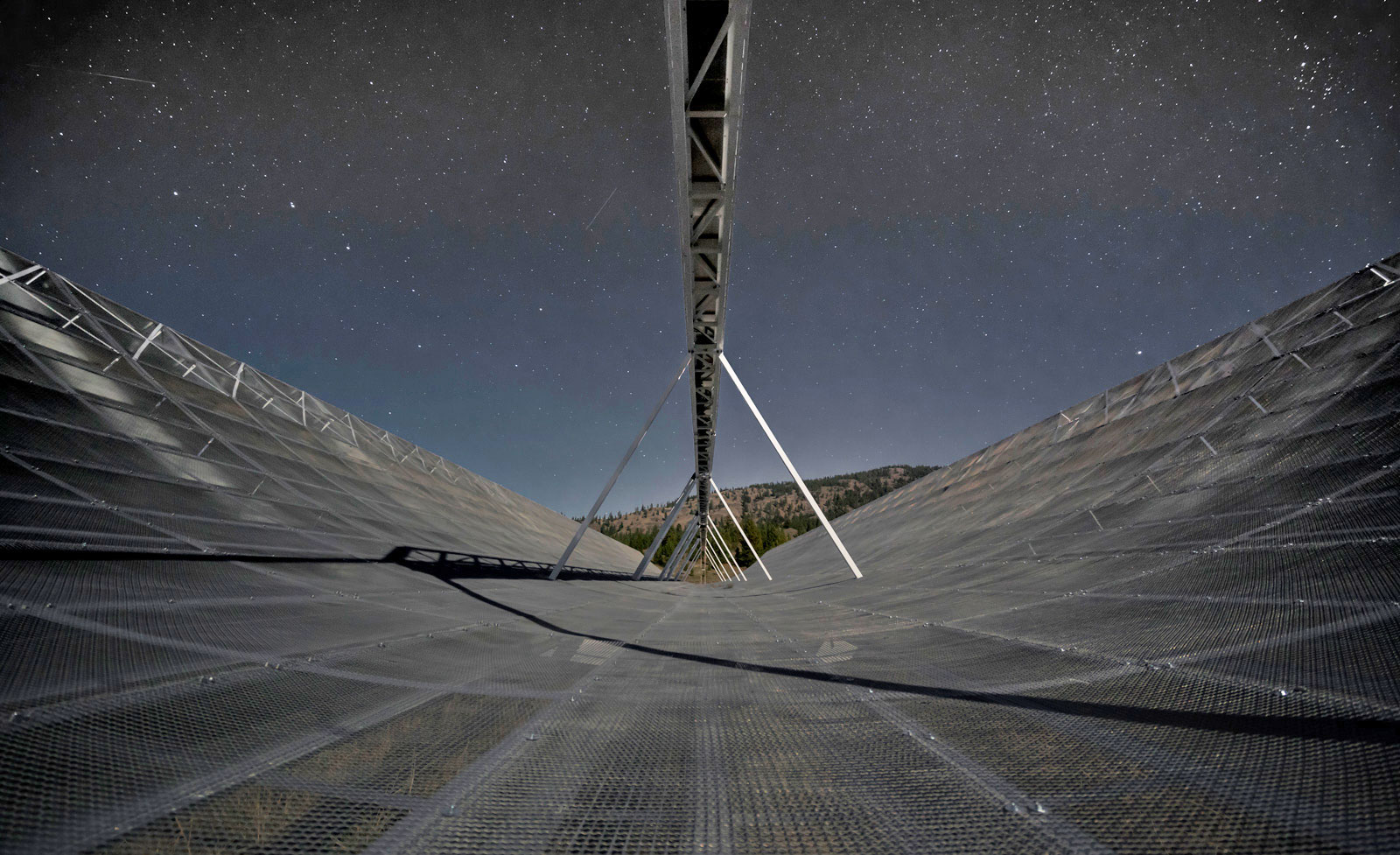 Astronomers are having an easier time finding fast radio bursts as of late, and that now includes the first regular pattern for those bursts. A research team from MIT and elsewhere has discovered that something 500 million light-years away is routinely producing four days of seemingly random but frantic bursts, followed by 12 days of silence — something that happened consistently for 500 days of study.

The unusual signals were caught using the CHIME radio telescope in Canada.

Just what’s causing the bursts isn’t certain. The scientsists know that it’s coming from a “star-churning” area on the outskirts of a giant spiral galaxy, but not what it is. Neutron stars are believed to be a frequent source, but there are a number of possible explanations. They may be coming from a single star that’s both spinning and wobbling, a binary system with an eccentric orbit or a gas-emitting source whose output is magnified by a host star. Although magnetars are increasingly believed to be the cause of these bursts, there’s no guarantee one is involved here.

More study will be necessary to get better answers. Even so, this suggests that fast radio bursts are more complex than initially thought, and that there’s plenty of unusual behavior in the universe.

In this article: Astrophysics, Fast radio burst, physics, CHIME, astronomy, science, space, magnetar, news, tomorrow
All products recommended by Engadget are selected by our editorial team, independent of our parent company. Some of our stories include affiliate links. If you buy something through one of these links, we may earn an affiliate commission.