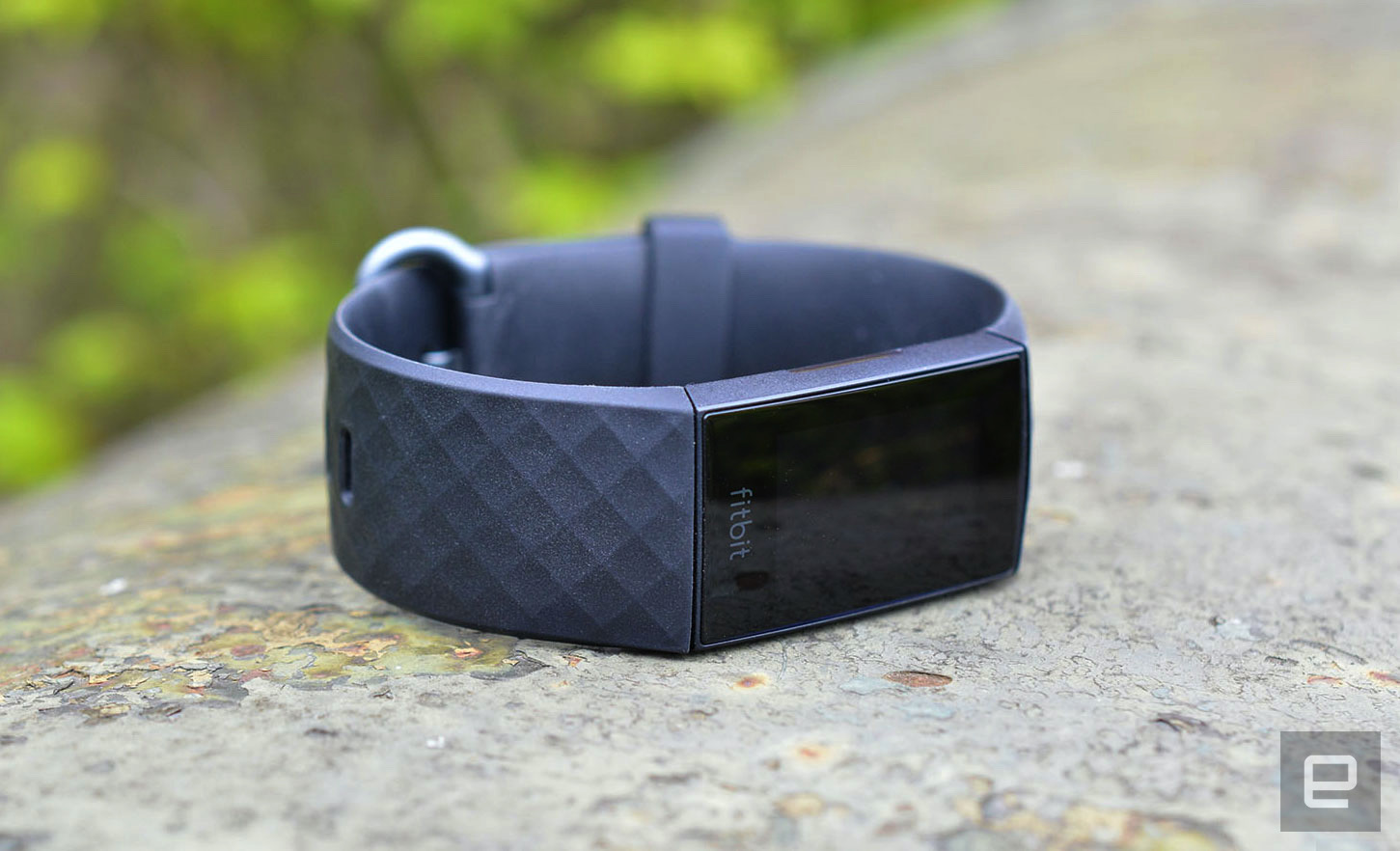 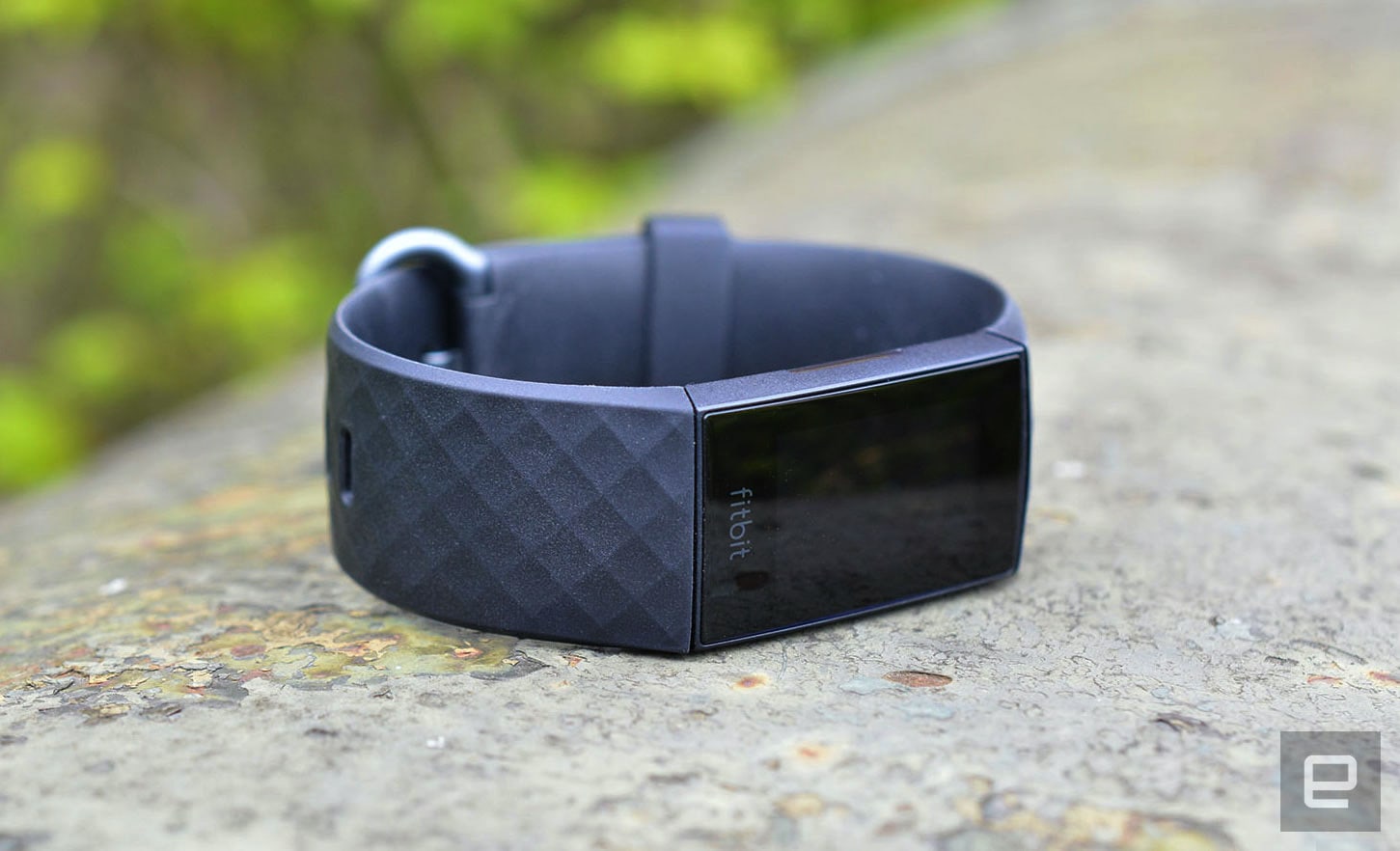 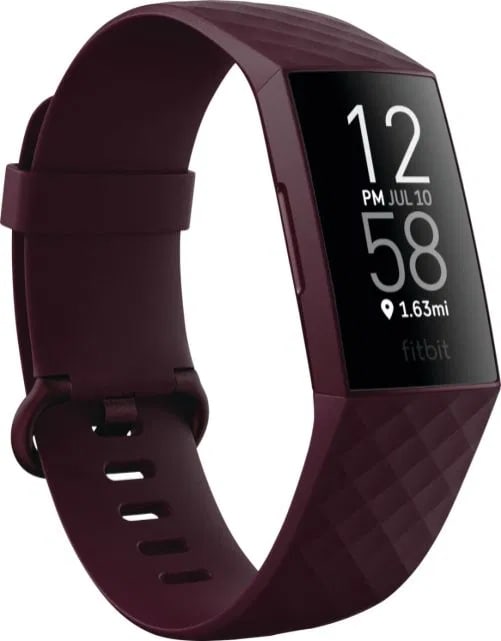 It was a long and meandering road, but we finally made it. We’re back to a world in which a Fitbit band - the new $150 Charge 4 to be exact - has onboard GPS. The Fitbit Surge (RIP to an underrated tracker) was the last of the company’s fitness bands to have onboard GPS before the Ionic smartwatch came along. The Charge 4 and the Surge actually have a lot in common: both have onboard GPS and heart rate monitors, and both include a splash of smartwatch flare with alerts and on-wrist apps.

But the Charge 4 (thankfully) takes its design from the sleeker Charge 3. Fitbit essentially added a couple of new features to it, specifically GPS, active zone minutes, Fitbit Pay and Spotify integration, and called it a day. While the Charge 4 isn’t radically different from its predecessor, it’s a modest update that will please those who have yearned for GPS in a Fitbit band.

The Fitbit Charge 4 is a modest yet important update to the Charge 3, the company’s most capable fitness band. The addition of built-in GPS makes the Charge 4 an even better fitness device for serious athletes and active zone minutes gives all users a new motivational tool by quantifying time spent in elevated heart rate zones. The Charge 4 also adds Fitbit Pay as a standard feature, so users won’t have to shell out more money for NFC tech anymore. The device has some small problems, namely music controls that only work for Spotify and fewer smart capabilities than the Fitbit’s smartwatches, but it’s otherwise an excellent fitness tracker with an approachable $150 price tag.

Be the first to review the Charge 4?
Your ratings help us make the buyer’s guide better for everyone.
Write a review 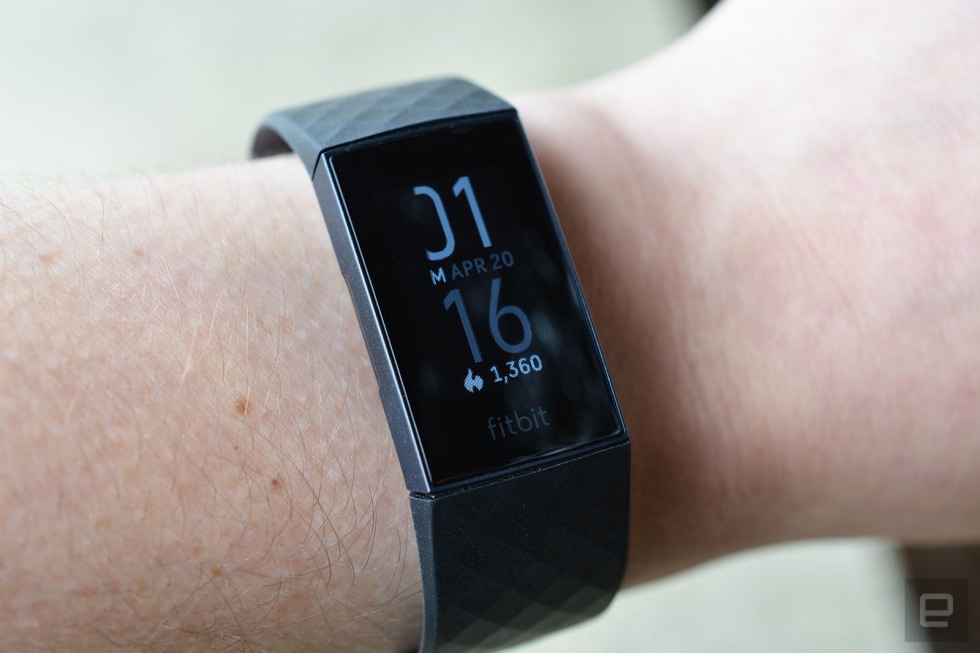 Finding the right way with GPS

It’s baffling to know that the Ionic has been the only Fitbit device with GPS since it was introduced in 2017. None of the Versa smartwatches have it, and the Charge 3 didn’t have it either. The Charge 4 fixes this glaring oversight: the built-in GPS automatically tracks your location when you start an outdoor activity (running, walking, etc). It took the GPS about 30 to 45 seconds to grab my location around my home on Long Island. I didn’t have to wait, though, because Fitbit lets you start a workout from the Charge 4’s screen while the GPS pinpoints your exact location.

Running was a seamless experience from start to finish - the GPS never dropped my location and the device didn’t overheat. The resulting route maps were accurate, and I appreciated that Fitbit added “heat maps” for heart rate and pace data. Route lines change color depending on how intense your heart rate was and how fast you were running at that moment. These overlays give you a better sense of when you were working the hardest.

And yet, I couldn’t help but feel like I was missing something with the Charge 4’s lack of onboard music storage. Unlike some smartwatches with both features, you need your phone with you to listen to music while you train. Including only GPS or only music storage makes it feel incomplete, and unfortunately, many wearable companies commit this sin on mid-tier devices. The decision is even more confusing when you consider the Charge 4 also has Fitbit Pay, letting users leave their wallets at home and pay with NFC. Users are given two good reasons to leave their smartphones at home when exercising - but most will not take the plunge because they need to workout to music (or they just prefer to workout with their phones just in case they need to make a call).

But it’s worth noting that the Charge 4 has some music chops - Spotify Premium users can control playback from the touchscreen. There’s even a dedicated app included. But Spotify users are the only ones who get this luxury. If you’re an Apple Music subscriber or if you like listening to Audible while you run there’s nothing here for you. Every time I turned up my wrist to pause the audiobook I was listening to, I was frustrated to find no controls available to me.

A new emphasis on active minutes

During workouts, the Charge 4 buzzes lightly when it detects spikes in heart rate. This ties into Fitbit’s newest exercise metric, active zone minutes, which keeps track of how much time you spend in each elevated heart rate zone. This information will tell you if you reach the recommended 150 minutes of moderate activity, or 75 minutes of vigorous activity, per week recommended by the American Heart Association. If active zone minutes sounds familiar, it’s because Apple, Google and Garmin wearables all track similar data.

You’ll know which heart rate zone you’re in by the number of buzzes - one buzz for fat burn, two for cardio, and three for peak. The Charge 4 vibrated often during my runs, mostly because I spend part of the time power-walking and the rest of the time actually jogging. While occasionally annoying, the buzzing motivated me to push myself harder to stay in that higher heart rate zone for longer.

Active zone minutes wouldn’t be possible without a heart rate monitor, which the Charge 4 has. It’s the same pulse tracking technology found in other Fitbit devices and it works just as well here.

The rest of the fitness band is almost indistinguishable from the Charge 3, with its thumb-sized module, OLED touchscreen and left-side inductive button. This makes for a dated design (the Charge 3 came out in 2018), but that can happen when function comes before fashion. It does have interchangeable bands, so there is the potential to spruce things up with woven and leather accessories.

The Charge 4 is designed to be worn all day and all night, and how hard you push the heart rate monitor and GPS will have a big impact on the band’s battery life. Fitbit estimates the band lasts up to seven days with regular use, or up to five hours while using the GPS. Unless you’re going for an intense hike, you probably won’t use the GPS for five hours straight - but occasional GPS use will still drain the battery faster than normal. My Charge 4 was down to 20 percent after 3 days of all-day and all-night wear, which included two hour-long GPS workouts and an hour of non-GPS exercise.

Fitbit added a few more things to the Charge 4, and many revolve around sleep. First, the Charge 4 finally has a Sleep Mode that turns off notifications and disables the screen so you’re not accidentally woken up by a rogue text alert. It’s a simple scheduling feature, but it’s one that people will use on a daily basis (and it’s conveniently accessible directly on the device, not only in the mobile app). Plenty of other wearables have something like this, but Fitbit’s just getting around to implementing in earnest. Better late than never, right?

Even more interesting is the new Estimated Oxygen Variation chart populated with data from the SpO2 monitor. These sensors are relatively new to wearables, only making their way into a handful of devices over the past couple of years. They estimate your blood oxygen saturation levels and can be useful in detecting signs of disorders like sleep apnea. Fitbit started including SpO2 monitors in select devices when it debuted the Ionic smartwatch, but the sensors haven’t been active until now.

The Estimated Oxygen Variation chart lives in each night’s sleep data page in the Fitbit mobile app, showing via a line graph how much your blood oxygen saturation varies throughout the night. Since it’s normal to have some variations, your line will likely be spiky but it should stay within the “low variation” range. If you start to see consistent spikes into the “high variation” range, it may be an indication that you’re not getting enough oxygen while you sleep. That data can be useful to show your doctor if you think you may suffer from sleep apnea or another similar problem. I’m thrilled that users can finally see the SpO2 sensors in action - it’s been too long of a wait, and while most users won’t see dramatically different results each night, it’s better than not seeing anything at all.

An additional feature that’s coming soon to the Charge 4 is Smart Wake, which will wake you up with light vibrations at “the optimal time” based on the sleep zone you’re in and a 30-minute time range that you specify. This is one of those smartwatch features that the Ionic and the Versa have that Fitbit is trickling down to the Charge 4 (and a feature that other wearables have had for some time). While a smart alarm feature like this won’t replace an actual ringing clock or blaring smartphone tone (especially when you need to be up at a certain time), it’s a good back-up option.

Fitbit isn’t the only wearable company that didn’t have many -- or any -- fitness bands with built-in GPS. The closest competition for the Charge 4 is $169 Garmin’s Vivosport, which is the only fitness band in its lineup with an onboard GPS (plenty of its smartwatches have this feature, though). Aside from being $20 less, the Charge 4 has a few advantages: it has interchangeable bands, Fitbit Pay and Spotify connectivity. On the flip side, the Vivosport has better battery life with the GPS enabled (eight hours to Fitbit’s five), onboard controls for general audio playback and compatibility with Garmin’s LiveTrack feature.

But what’s common between these two fitness bands is their limited “smartwatch” capabilities. This means that both have only a few onboard apps, and those are often not as intuitive to use as the ones you’d get on a full smartwatch. The smaller, lower-quality displays on fitness bands make it more difficult to, for example, set a timer to keep track of your dinner cooking in the oven. You can do it, but it’s not as easy as if you had a smartwatch. Fitness trackers sacrifice in these areas because they are, first and foremost, for tracking fitness. (Obviously.)

I immediately thought of the Fitbit Surge when the Charge 4 was announced. It was, at the time, the most capable fitness band the company had ever made. Yes, it was ugly. Yes, it was clunky. But it left a glaring void in Fitbit’s lineup when it was discontinued. Now, the Charge 4 is here to fill that hole and give users a way to get onboard GPS without spending $200 on a smartwatch.

Thankfully Fitbit didn’t mess with what was good about the Charge 3 when making this updated band, but it is disappointing that long-standing problems haven’t been addressed. I wish the Charge 4’s design wasn’t so bland and I wish it had audio controls that weren’t limited to Spotify. It’s also less than ideal, to say the least, that Fitbit devices still don’t integrate with Apple Health or Google Fit. The latter may come soon (and certainly before the former), but we’re still waiting on a feature that’s quite basic. Nevertheless, the Charge 4 is one of the easiest (and most affordable) ways to get GPS in a fitness band that’s just as good at tracking exercise as it is tracking daily movement and sleep.

In this article: health, Review, wearables, fitness trackers, Fitbit, reviews, fitness, fitbit charge 4, charge 4, review, gear
All products recommended by Engadget are selected by our editorial team, independent of our parent company. Some of our stories include affiliate links. If you buy something through one of these links, we may earn an affiliate commission.