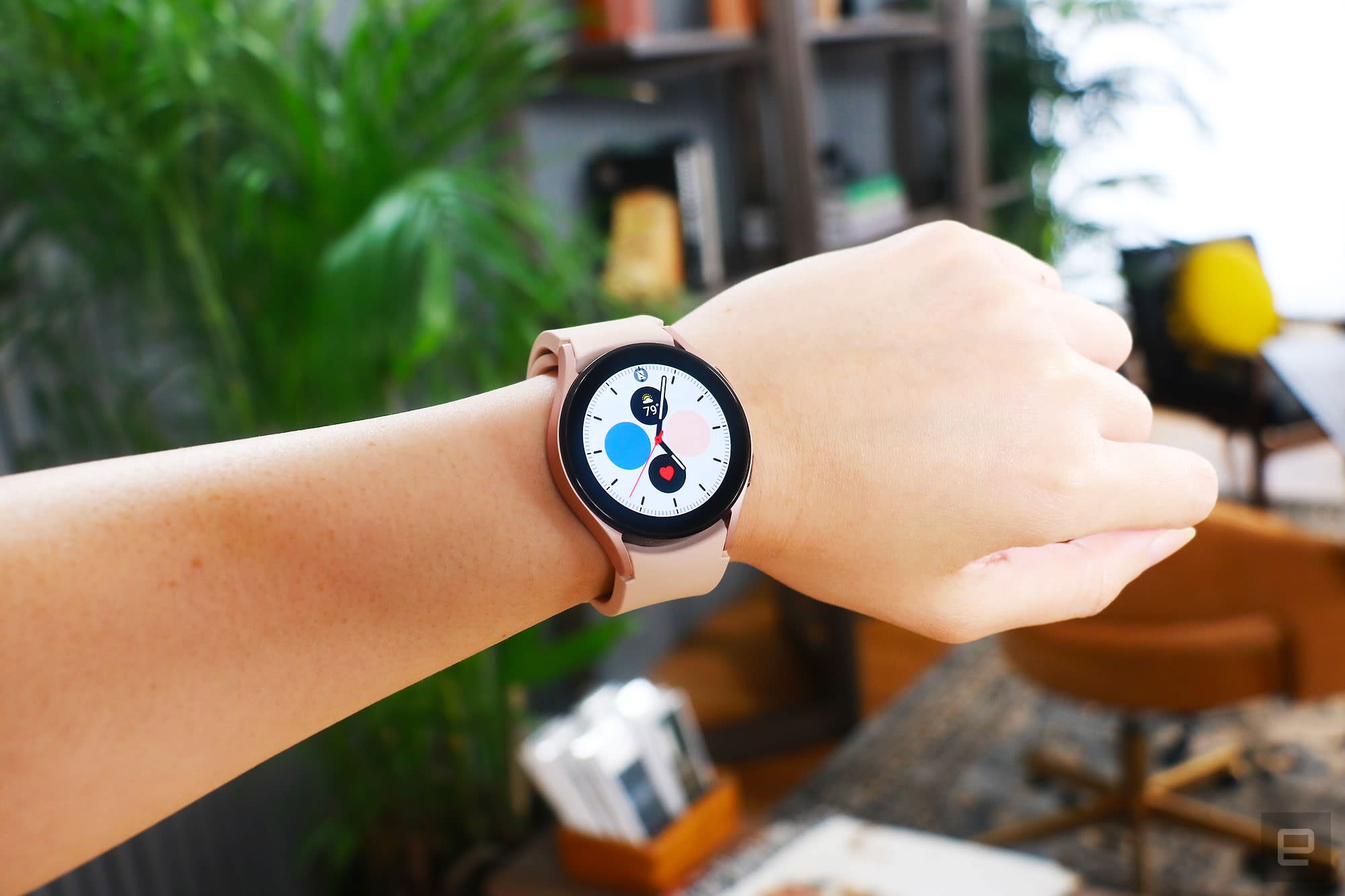 We knew the Galaxy Watch 4 was coming, and that it would run the new Wear OS Samsung co-engineered with Google. We even saw previews of what it would look like. But that doesn't mean there's nothing left to learn about Samsung's latest smartwatches. The Galaxy Watch 4 and Watch Classic 4, which launched today, feature a new 3-in-1 sensor, sharper screens and can even perform body fat scans. At a demo event in New York, I was able to check them both out and see what Wear OS on a Galaxy watch looks like.

Before we get too far ahead though, it’s worth noting that Samsung’s getting rid of the “Active” branding from its existing lineup — the Watch 4 is the spiritual successor to the Watch Active 2 (there wasn’t an Active 3). Meanwhile, it’s adding the “Classic” moniker to the previous “regular” Watch line, which the Watch 4 Classic is now the latest member of. Yep, not confusing at all.

The new Wear OS on Samsung is basically Tizen

Setting aside the frustrating rebranding, Tizen fans have nothing to worry about with the new OS on the Watch 4s. There’s barely any difference. The main change I noticed is that instead of All Apps being one of the pages that you come across when swiping sideways through the watch, you can now access them by pulling up from the home screen. Otherwise, you can still swipe horizontally to scroll through widgets and cards like Weather, Exercise, Heart Rate and Stress, while quick settings are above the home screen.

This similarity to Tizen is something Samsung and Google are aware of. A Google spokesperson told Engadget that Wear OS 3 lets device makers add customized user experiences on top of the platform, like picking specific apps and services to be the default options. Though the two companies collaborated to “bring together the best of Wear OS and Tizen into one unified platform,” it’s becoming evident that smartwatch makers will still bring distinct identities to their devices.

To distinguish between different versions of Wear OS, there will be unique branding as well. For example, the Galaxy Watch 4 series is running “Wear OS powered by Samsung.”

It’s still unclear what Wear OS 3 will look like on other devices, but a Google spokesperson added that “while we expect many watches to have this experience in the future, there will start to be new consumer experiences introduced to the ecosystem.” Confusing? Potentially. But for now, it sounds like, while Google and Samsung did collaborate on a unified wearable platform, Galaxy smartwatches will run what amounts to a renamed version of Tizen with better third-party app support.

There are updated Google Maps, Messages, Pay and YouTube Music experiences, along with new apps and Tiles from Calm, MyFitnessPal, Strava, Sleep Cycle, Spotify and more. The Play Store is also available on the Galaxy Watch 4 for wrist-based discovery and installation, while Samsung’s One UI interface makes it easier to keep your phone and watch themes and notifications in sync.

On the Watch 4 Classic, you’ll find Samsung’s hallmark rotating the bezel for spinning through widgets. Like the Galaxy Watch 3, the mechanical wheel is lighter and less clunky than older models, while still getting into each notch with a satisfying click.

The larger variants of both the Watch 4 and Watch 4 Classic feature sharper 450 x 450 displays, while remaining basically the same size as before. The Classic now comes in 42mm and 46mm options versus 41mm and 45mm before, and the regular or Active models are still available in 40mm and 44mm. Also, Samsung is offering the Classic style in black, silver or green, and the standard edition in black, silver or pink.

In person, the black and silver Watch 4s looked like green and white, respectively, though that might have something to do with the warm lighting in our demo area. And though they have bigger faces than I like, the Watch 4 felt comfortable on my wrist — so much so that I forgot I was wearing one and almost walked out of our briefing with it on. Meanwhile, the Watch 4 Classic, which weighs 46.5 grams (or 52 grams in the 46mm size), felt heavier and more noticeable.

A new sensor and processor

Hardware improvements to the Watch 4 series don’t end at aesthetics. The biggest change this year is what Samsung is calling a new 3-in-1 BioActive sensor. The three here refers to optical heart rate, electrical heart rate and Bioelectrical Impedance Analysis (BIA). In addition to a smaller design that uses one chip to run the trio of sensors, this also enables a new feature: Body Composition measurement.

I’m super excited for this new service, since I like the additional insight that my body fat percentage brings to my understanding of my overall health. BMI is only one facet of your general fitness (and not a great one at that), and having a convenient way to get a body fat scan is something I’ve been looking for. I’ve been using Amazon’s camera-based tool in its Halo app to get a reading every month (the most accurate method would be to visit a doctor for a full DXA scan, but I’ve yet to take one).

I used the preview units of the Galaxy Watch 4 and Watch 4 Classic to take two separate readings of my body composition. It was surprisingly easy. All I had to do was fill in my gender, height and weight, then hold my middle and ring fingers against the two buttons on the watch for about 15 seconds. Both times, the smartwatches gave me a result of 30.8 percent, which is a little higher than what I usually get from Amazon’s app, but not too far off.

Other improvements to health-tracking include new snoring detection via a compatible smartphone, more accurate sleep-logging and faster auto-detection of workouts. Overnight, too, the Watch 4s will measure your blood oxygen level. Of course, I couldn’t test the sleep-related features at our brief preview session.

The Watch 4 series are also the first Galaxy Watches to sport 5nm processors, with a 20 percent faster CPU, 50 percent more RAM (16GB) and a GPU that’s 10 times speedier than the previous generation, according to Samsung. From my limited experience with them, the Watch 4s certainly felt fast, but I’d need more time in the real world to know how they hold up against the likes of Apple and Fitbit.

Samsung also promises up to 40 hours of battery life on the Galaxy Watch 4 series, though versions with LTE will likely have shorter runtimes. When you run out of juice, you should be able to get up to 10 hours of power in 30 minutes, too.

Along with the sleep-tracking features and overall performance improvements, battery life is another thing I look forward to testing on the Galaxy Watch 4 when we receive review units. The wearables go on sale on August 27th, though you can pre-order them today, with the smaller Watch 4 starting at $250 and the Watch 4 Classic costing $100 more.

While I’m stoked about the body composition measurement feature, I’m not yet convinced that the new Galaxy Watches with Wear OS powered by Samsung can take on Apple’s watchOS. But, at least based on my early impressions, Samsung continues to have the best smartwatch for Android users, even if that’s not a very high bar.