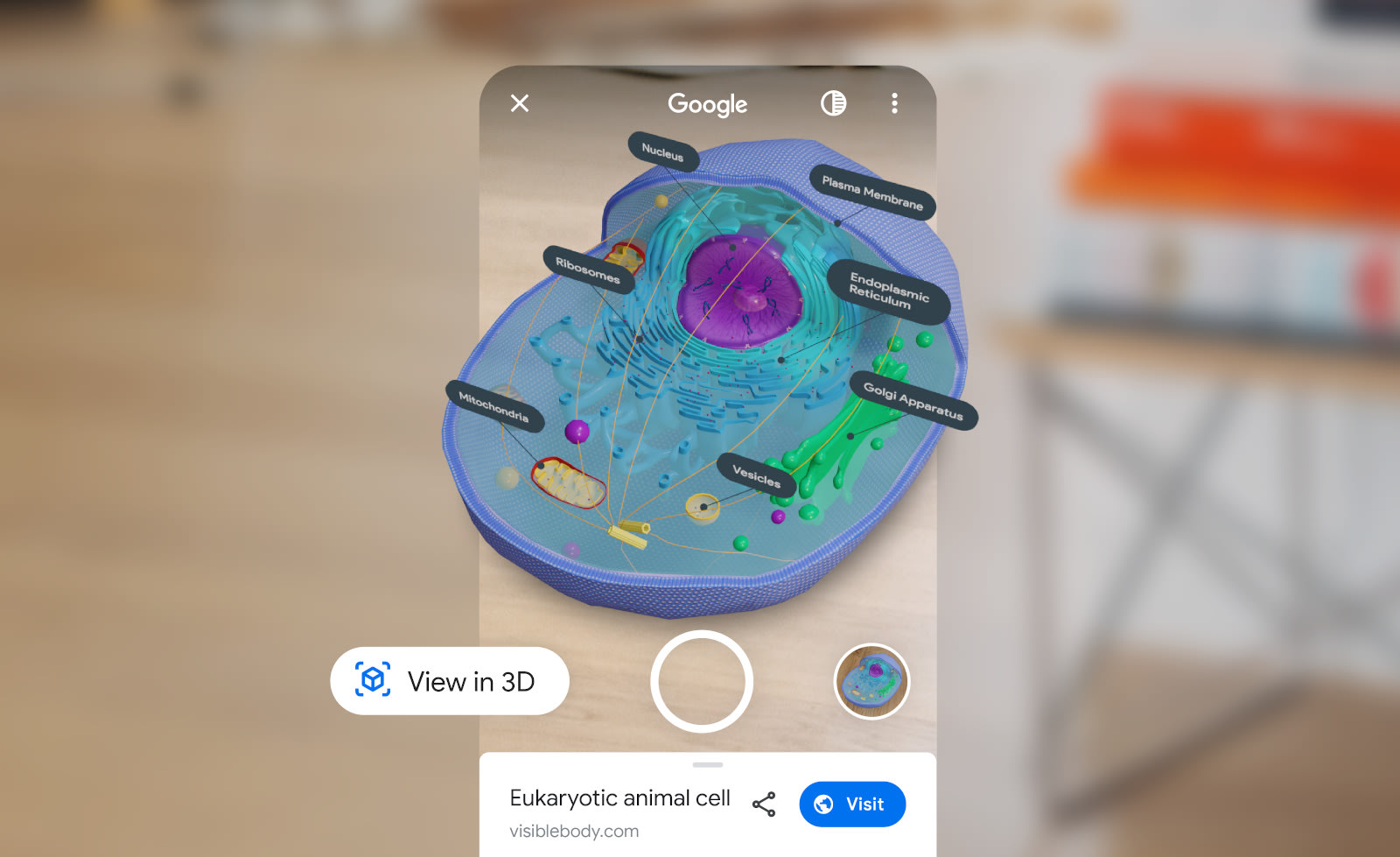 Last year, Google launched an augmented reality feature within Search that lets you put virtual animals in the real world. Now, it’s adding more 3D objects you can view right from your Search results page on mobile, including Neil Armstrong’s spacesuit and interactive anatomy models that can help you visualize the human body.

The tech giant has teamed up with interactive 3D software platform Biodigital to give you a way to view life-size interactive representations of 11 human body systems in your own space. These aren’t your typical flat textbook illustrations and can show you how the human heart pumps blood or how your bones all connect. Simply search for the body system you want — say, the circulatory system — scroll down to find its 3D model card and click “View in 3D.”

Google has joined forces with Visible Body to create 3D models of animal, plant and bacteria cells, as well. You’ll be able to zoom in on the cells’ organelles, making it much easier to get acquainted with them if you’re studying for a test or if you’re simply curious.

The tech giant is also giving you a way to turn your house into a virtual museum and perhaps provide you with a virtual escape during a time when you have to stay at home. You can search for Neil Armstrong to get a 3D view of his spacesuit or for Apollo 11 to see its command module in augmented reality. If you’d rather get a close look at some of the oldest known cave paintings, though, just do a search for Chauvet Cave.

Finally, Google is rolling out the ability to record AR videos for Android devices. That makes them easier to share with friends and family, especially since you may not be able show them the 3D objects in person.

In this article: Google, Augmented reality, news, gear
All products recommended by Engadget are selected by our editorial team, independent of our parent company. Some of our stories include affiliate links. If you buy something through one of these links, we may earn an affiliate commission.