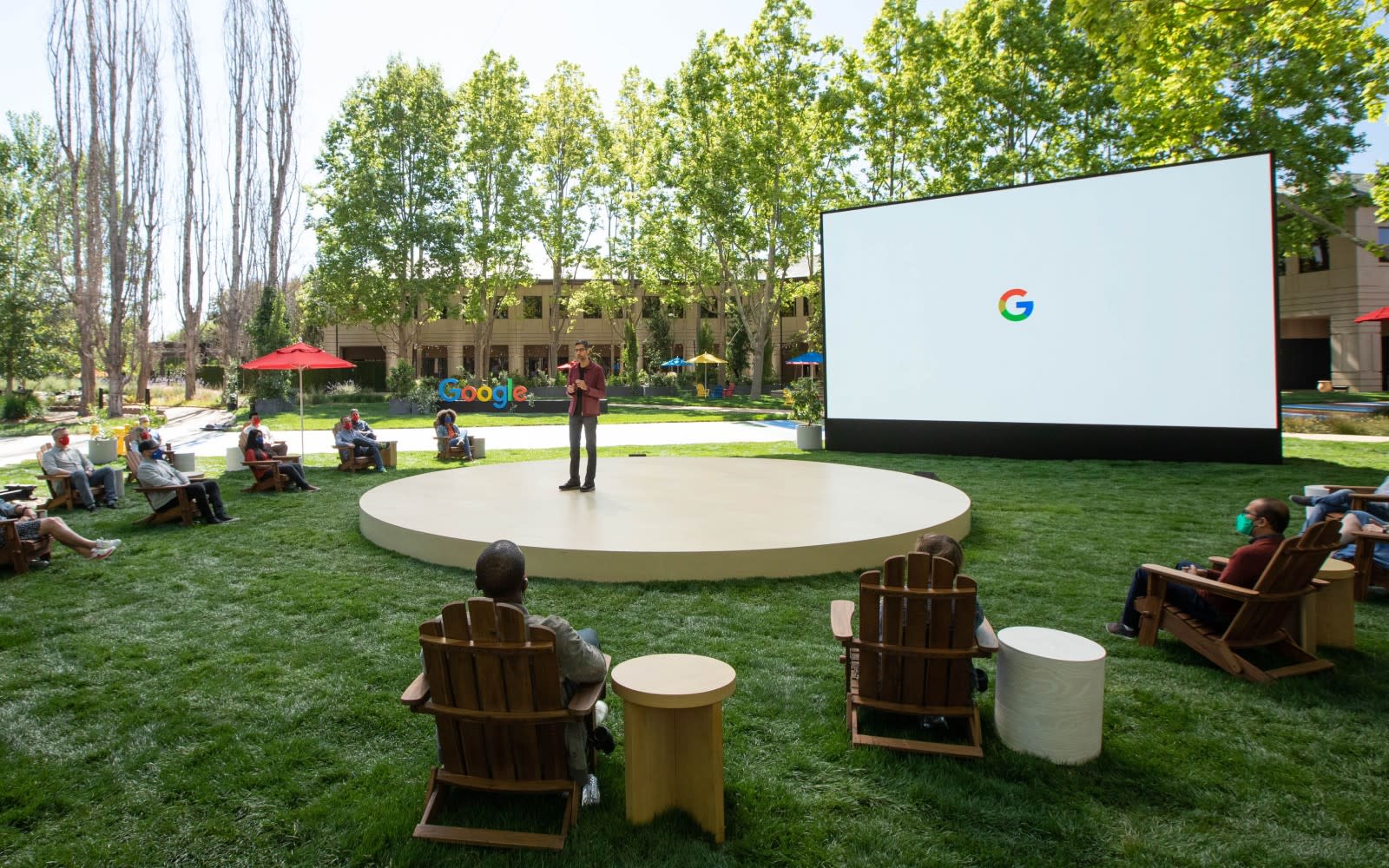 Everything Google announced at I/O 2021

Google’s Sundar Pichai promised I/O 2021 would be full of new announcements and the company delivered. Across two hours, Google talked about upcoming features for most of its consumer-facing products, including Photos, Maps and Search. We also got a look at the next versions of Android and Wear OS, as well as Google's ongoing work in AI. Add to that some surprises and it was a jam-packed event.

Google, as usual, kicked off I/O by talking up its latest advancements in artificial intelligence. It first detailed LaMDA, a new model the company claimed represents a breakthrough in conversational AI. In one of the more unusual demos of the day, Google showed off LaMDA pretending to be Pluto and then a paper airplane in conversations between it and the company’s employees. While it wasn’t always eloquent or concise, LaMDA was able to answer complicated questions. LaMDA could one day have significant implications for products like Search and Assistant. The company also showed off an AI-assisted dermatology tool that can provide you information about common skin conditions.

Google devoted an entire section of its keynote to new privacy features coming to its various products. In Photos, for example, the company is adding a dedicated folder for images and video you want to keep private. Content you add to your Locked Folder won’t show up when you scroll through your Photos timeline and access requires inputting a passcode. In your account, meanwhile, there’s a new option to delete the last 15 minutes of your search history.

If there’s a Google app you use frequently, there’s a good chance the company detailed some substantial updates for it. Some of the highlights include new controls over the Memories feature in Photos, a tool for changing your compromised passwords in Chrome’s built-in password manager and deeper integrations between all of Google’s productivity apps. However, some of the most substantial enhancements are coming to Maps where Google plans to improve Live View, navigation and more detailed street maps.

With Android 12, Google’s mobile operating system is getting its biggest facelift in years. Building on the company’s new Material You design language, the OS will adapt almost every element of the interface, including the notification shade and Quick Settings menu, to the dominant and complementary colors of your wallpaper. Android 12 will also introduce new privacy-related features, including a dashboard where you can see a timeline of all the data the apps on your phone have accessed recently. Other notable additions include remote integration with Android TV OS, a digital car key feature and a more racially inclusive camera. Speaking of cars, the company is also making it easier for developers to build Android Auto and Android Automotive apps. You can download Android 12 public beta today on select devices from 11 different manufacturers, including Google, OnePlus and ASUS.

After years of neglect, Wear OS will finally get some love from Google. And it’s all thanks to Samsung. The two companies are working together on the latest version of Wear OS. While we don’t have all the details on the new release, Google promised a redesigned user interface that manufacturers will have more freedom when it comes to customization. The company also said the next version of Wear OS will feature improved health and fitness tracking and better battery performance.

It wouldn’t be I/O without Google showing off something almost fantastical. In 2021, Project Starline fit that bill. Resembling something akin to a photo booth, Starline features a special screen that displays a life-sized, 3D image of a person. The effect, according to Google, is such that it feels like that individual is sitting right in front of you, creating a more natural and immersive video chat experience. For now, Starline is something Google is testing at its offices, though it plans to let other companies trial the technology later this year.

Follow all of the news from Google I/O right here!