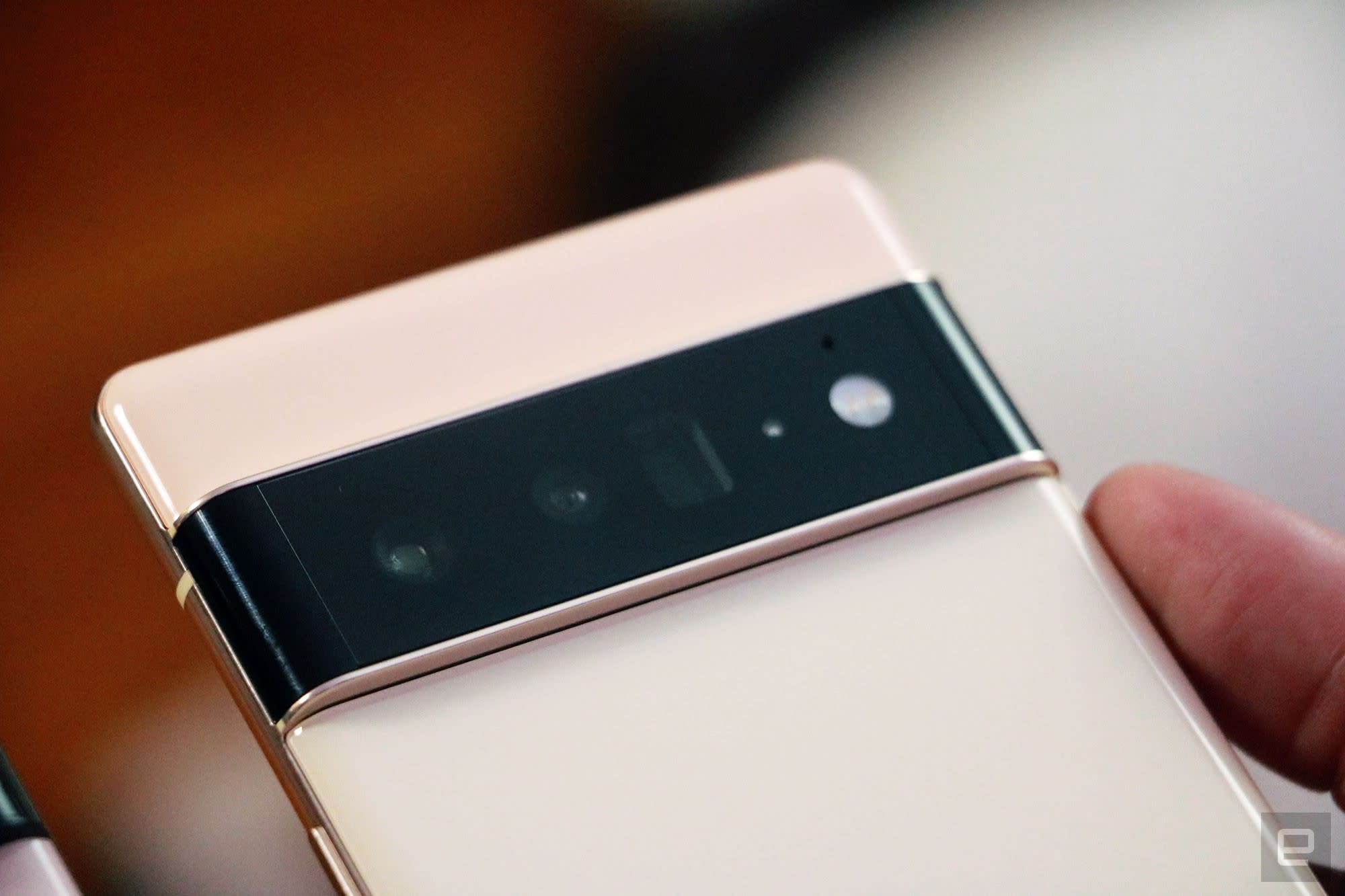 Here's everything Google announced at its Pixel 6 event

There's more to the company's latest phone than upgraded hardware.

Google may have announced the Pixel 6 and 6 Pro in August, but we had to wait more than three months to get the full story on its latest phones. On Tuesday, the company did just that, detailing nearly every aspect of their design and software.

Unsurprisingly, Google spent a lot of time talking about the Pixel 6 and 6 Pro’s hardware. There’s a lot to unpack between the two phones, but the most important thing you need to know about them is that they’ll start at $599 and $899. In the case of the Pixel 6, that means it’s $100 cheaper than last year’s Pixel 5.

Headline features shared by both phones include Google’s eight-core Tensor processor, a fresh new design, a rear camera array that includes a 50-megapixel main sensor and new security features courtesy of Android 12 and the company’s Titan M2 chip. To that package the Pixel 6 Pro adds a 6.7-inch “waterfall” display with a dynamic 120Hz refresh rate, 12GB of RAM and a 48-megapixel telephoto camera with 4x optical zoom. With both phones, Google says you can expect more than 24 hours of usage on a single charge.

Both the Pixel 6 and Pixel 6 Pro are available to pre-order today, with general availability to follow on October 28th. For more information on the phones, make sure to check out our hands-on.

Alongside the new phones, Google will offer Pixel Pass. The subscription includes a Pixel 6 or 6 Pro, an extended warranty, 200GB of Google One storage, Google Play Pass, YouTube Premium and YouTube Music Premium. It also comes with a device upgrade after two years. If you want a Pixel 6, the Pass costs $45 per month. It increases to $55 per month with the 6 Pro.

AI and other features

Of course, hardware was only part of the story on Tuesday, and Google had just as much, if not more, to say about all the new software it’s built for its latest phones. One such feature is Live Translate. With the help of its Tensor chip, the Pixel 6 can translate text as you type. It can do so almost instantaneously and without help from the cloud.

Google’s Tensor chip will also make Assistant more capable. If you need to contact a call center, it will generate an automated on-screen menu so you don’t have to listen to the assistant on the other side.

On the security front, the Pixel 6 comes with a new dashboard that provides an at-a-glance overview of any issues you may need to address. For instance, it will identify potentially “harmful” apps, and prompt you to set a fingerprint or PIN to unlock your device.

Looking to other software feature, Snap is creating a Pixel 6-first shortcut that affords quick access to Snapchat’s camera mode. When taking photos, the Pixel 6 should also do a better job of capturing darker skin tones thanks to a feature called Real Tone. Google worked with a variety of experts to fine-tune its camera algorithms to ensure its cameras “work for everyone.”

Catch up on all the latest news from Google's Pixel 6 event!