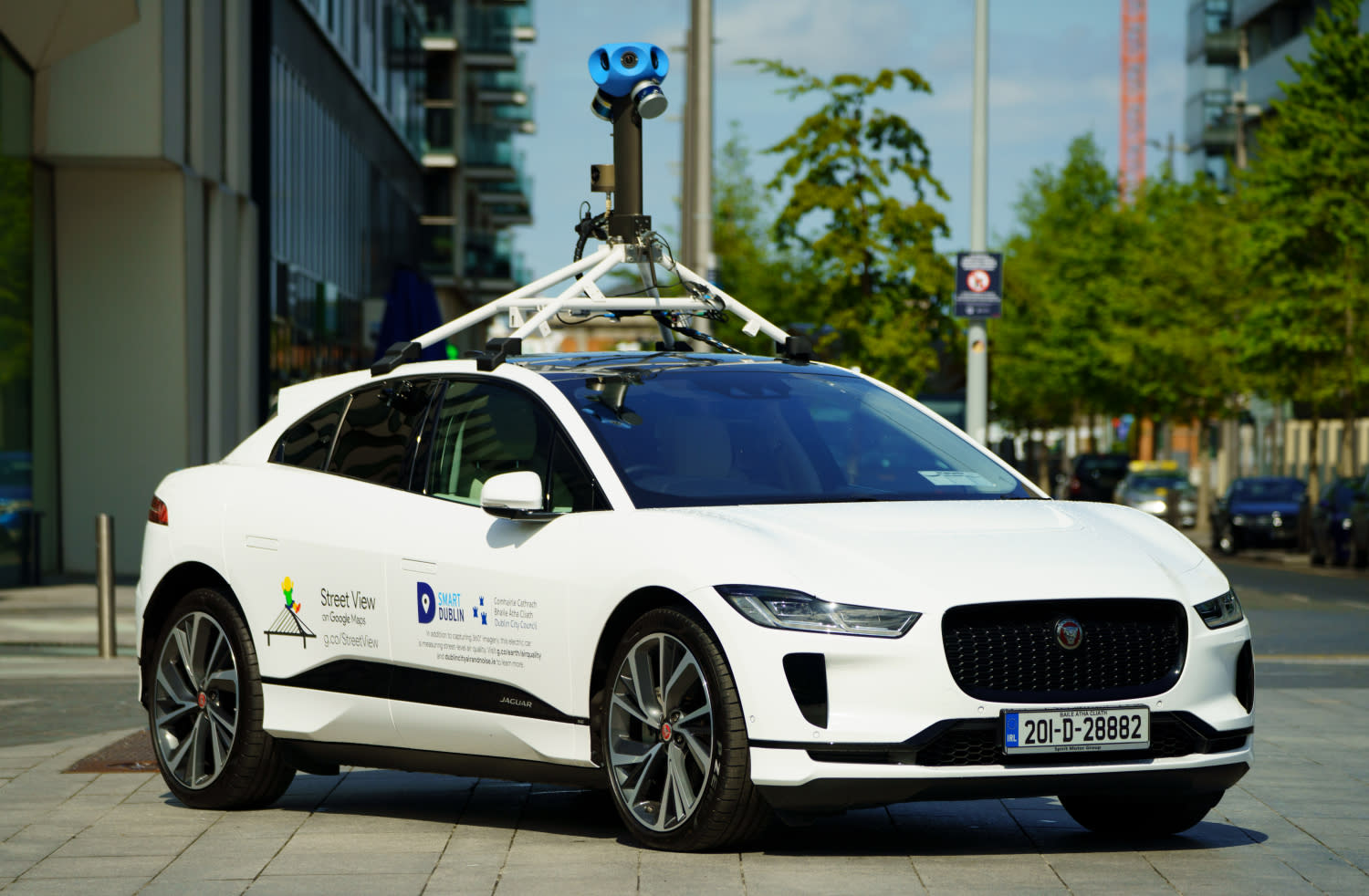 The I-Pace will map and monitor the air of Dublin's streets.

Over the next twelve months, Jaguar I-Pace EVs outfitted with Google's Street View mapping technology will start driving around Dublin. And they won't just collect Street View imagery — they'll also monitor the city's air quality. Google has teamed up with Jaguar Land Rover for the project, making the I-Pace the first all-electric Street View car. In addition to mounting Street View cameras on the roof of the vehicles, though, Jaguar's engineers also equipped them with air quality measuring sensors, so they could pull double duty like London's Street View cars did back in 2018.

The mobile air sensors developed by Aclima will be measuring nitrogen dioxide (NO2) and carbon dioxide (CO2) emissions, as well as fine particles (PM2.5) in the air on a street-by-street basis. They're expected to provide Google's scientific research partners with the data they need to be able to develop maps of street-level air pollution.

Google is working with the Dublin City Council for the project dubbed "Air View Dublin." It's part of the tech giant's efforts to map hyperlocal air quality data under the Environmental Insights Explorer program, which could give local governments the information they need to be able take care of their cities' climate and pollution issues.

"Air quality is a serious concern, especially for cities, but there is a gap in terms of localised data and insights available to both decision makers and citizens. As part of this project, we’re using technology to capture this important data and make it accessible so that together with Dublin City Council, we can drive solution planning."

This isn't the first time an Alphabet company is using the I-Pace EV for a project. Waymo also added I-Pace EVs to its self-driving fleet a few years ago and is currently using the vehicles to test its autonomous driving technology.