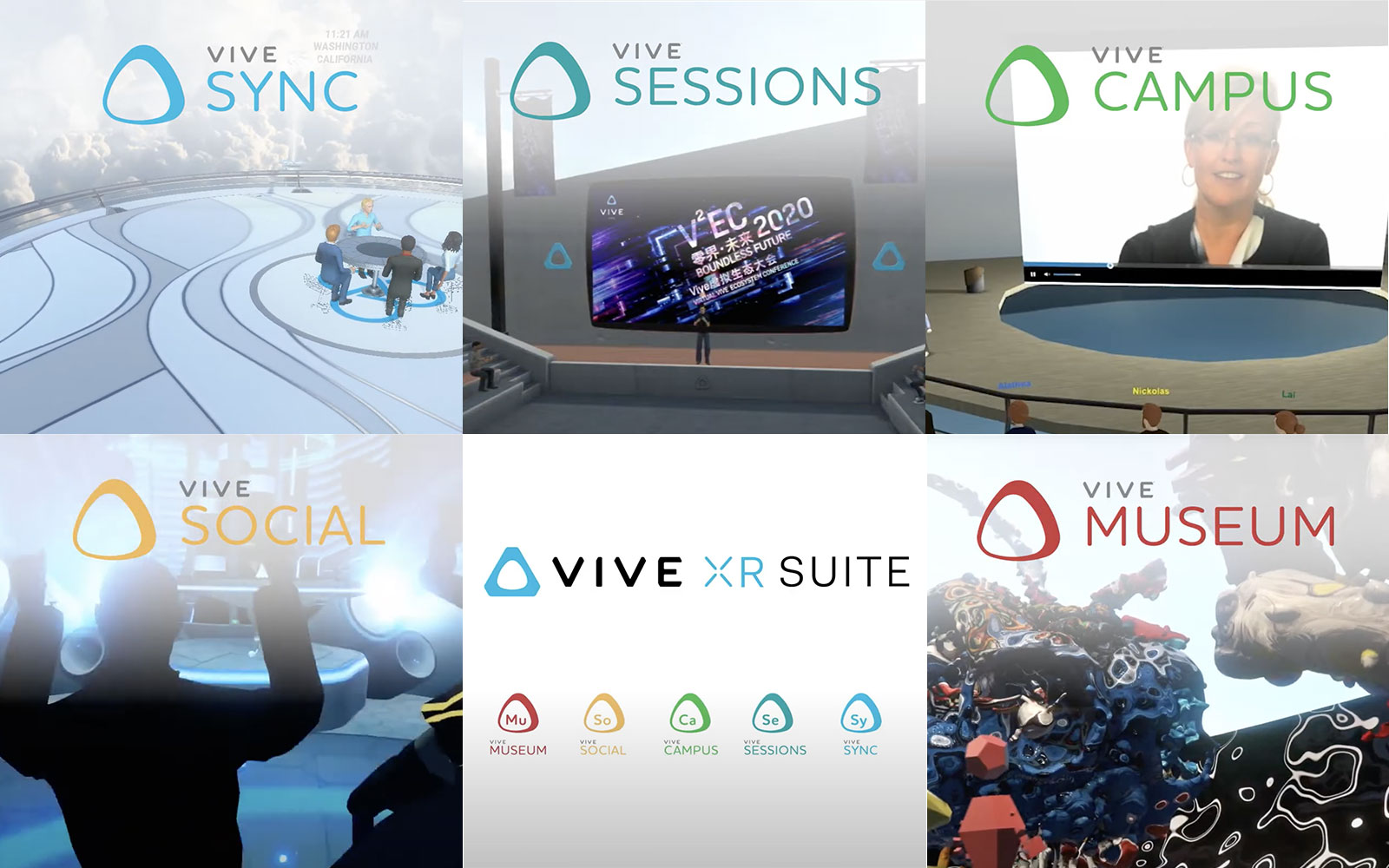 It’s been a while since HTC teased its next-gen VR gear, so we were half-expecting some new headsets at today’s virtual conference. Instead, the company appears to be shifting focus to something arguably more vital to its business: services. Today’s announcement is all about Vive XR Suite, which is an upcoming subscription package consisting of five VR applications that cater to various work and social needs. Think of it as the Microsoft Office for VR.

More importantly, these apps won’t be limited to PC VR systems nor standalone VR headsets of any brand (including Oculus, Valve and Windows MR), as they can also be viewed on a PC monitor and even a modern smartphone, meaning you can still somewhat interact in the virtual worlds if you left your goggles behind.

VR nerds may be familiar with some of these five applications. For starters, there’s Vive Sync which is HTC’s in-house remote collaboration service, and it’s currently still in open beta. Then you have Vive Sessions, which is essentially the integration of Immersive VR Education’s Engage virtual conference platform (as used by HTC today and back in March), and this lets you host up to 50 people per virtual location. Going further up the scale, there’s Vive Campus which will be powered by VirBELA, and this enables remote learning for up to a whopping 2,500 people on a virtual campus. Of course, there’s no stopping you from taking a quick break with fellow students by a virtual fountain.

Vive XR Suite isn’t all about work, either. To catch up with friends, you can tap into Vive Social which will be based on the popular social VR platform, VRChat. If you feel like getting up close to virtual art exhibits or VR videos, there’s also Vive Museum which will be run by Museum of Other Realities. But that’s as far as fun goes; you’ll need to go back to Viveport or Steam for your dose of VR gaming.

Given how the look and feel of these partner apps differ vastly from one another, it’ll be interesting to see how well HTC can integrate them into the suite, and how much flexibility will users have when it comes to hosting virtual locations in each app. Alvin Wang Graylin, HTC’s China President, admitted that it’s still early stage, but the goal is to eventually offer a consistent experience across all five apps. Until then, it’s hard to assess HTC’s foray into the cloud software business. Maybe partnering with the leaders in each of those VR sectors will be easier than building everything from ground up like Peter Chou’s XRSpace is doing, but it’s the end result that matters. We shall see.

Casual users who only need basic features will be able to grab a free version of Vive XR Suite from various VR and non-VR app stores (you may also find this suite pre-installed on an HP business PC or laptop in the future), whereas commercial users can subscribe to Vive XR Suite Pro on Viveport — pricing to be announced later — for the creator-level capabilities. The service will be launching in China first in Q3 2020, with other regions to follow afterwards, though beta versions of each app will be available ahead of time as well.

In this article: remote working, Immersive VR Education, Vive Social, HTC, Vive Museum, MOR, Vive Sessions, Museum of Other Realities, Vive XR Suite, XR, virtual reality, China, VRChat, remote learning, Engage, Vive Sync, Vive Campus, VirBELA, HTC Vive, XR Suite, Vive, VR, news, gear
All products recommended by Engadget are selected by our editorial team, independent of our parent company. Some of our stories include affiliate links. If you buy something through one of these links, we may earn an affiliate commission.