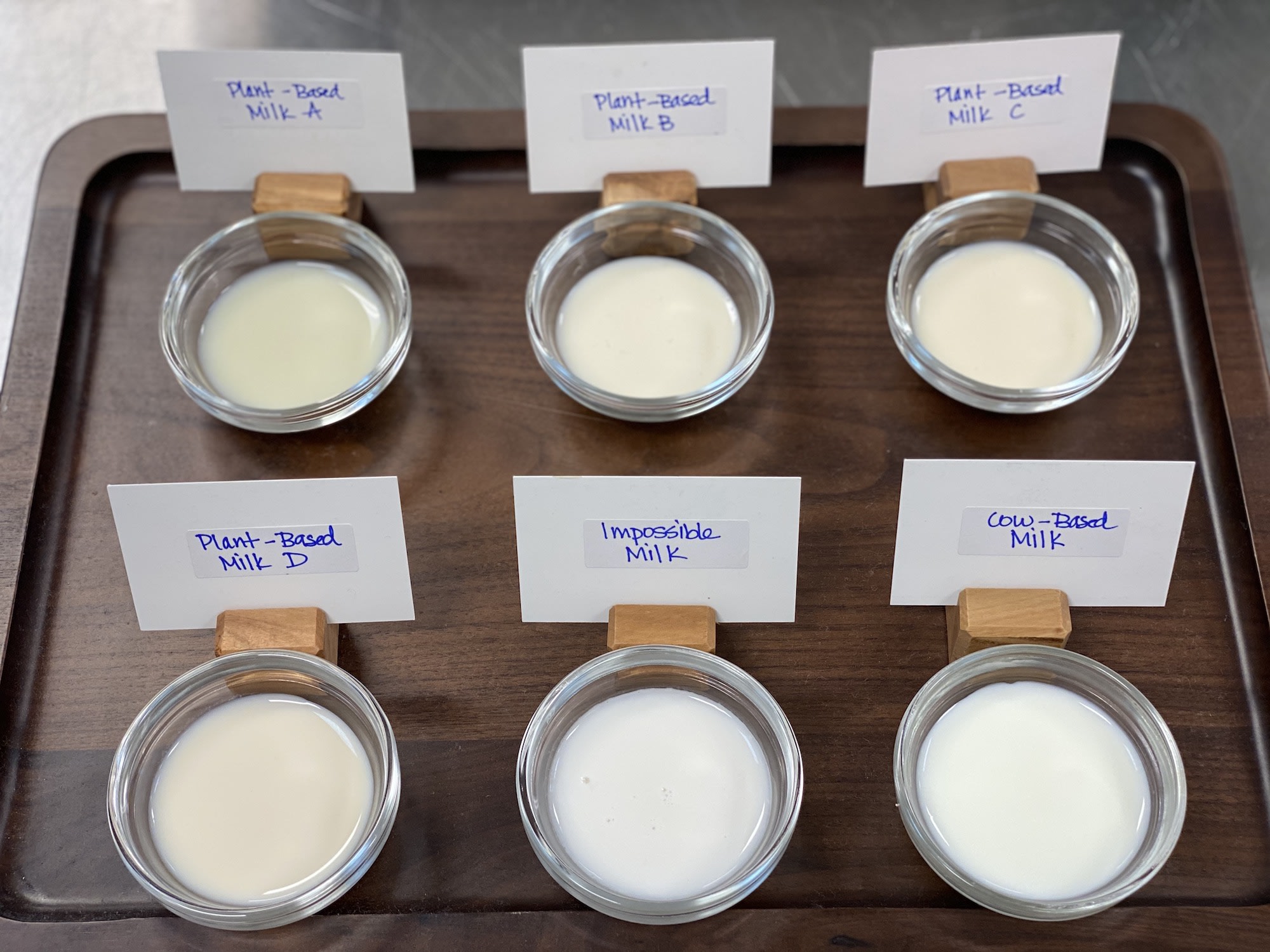 During a press conference this morning, Impossible Foods announced that it’s branching out from just faux meats and is planning on producing a plant-based milk alternative called Impossible Milk. According to the company, it is not designed to be just another soy milk or nut-based milk alternative. Instead, it’s designed to function and behave just like the animal-derived cow’s milk.

The company also announced today that it plans to double the size of its research and development team over the next 12 months. As part of this plan, it has launched the “Impossible Investigator” project that is designed to draw scientists from all over the world to join its team. According to Impossible Foods, these scientists will have the “facilities, resources and innovative environment to create an entirely new technology platform to replace animals as our technology for turning plants into meat, fish and dairy foods.”

It’s been quite a busy year for Impossible Foods. Not only did it announce a brand new Impossible Pork product in January, its faux burger product is now available in over 9,000 grocery stores in the US. Earlier today, the company also announced that it will be available in Asian grocery stores for the first time. Nearly 200 grocery stores in Hong Kong and Singapore will carry it -- PARKnSHOP in Hong Kong will sell it for $HK89.90 a package, while FairPrice locations in Singapore will sell it for SG$16.90. It’ll also be available for online delivery through PARKnSHOP in Hong Kong and RedMart in Singapore.

Impossible Milk is still very much in the development phase, and won’t be available for consumers any time soon.

Update (10/20 8:00PM ET): Impossible Foods added in an email that it is also creating a prototype of a faux egg. Not a runny egg mixture, but an actual crackable egg. That is also still in research phase and not ready for the public.

In this article: impossible milk, Impossible Foods, news, tomorrow
All products recommended by Engadget are selected by our editorial team, independent of our parent company. Some of our stories include affiliate links. If you buy something through one of these links, we may earn an affiliate commission.