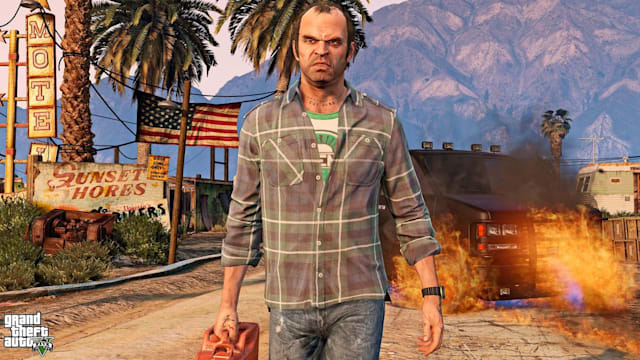 Epic Games Store gives away free games every week, and it’s next one could be its biggest giveaway yet. A since-deleted tweet from the company’s official Twitter account suggests that gamers could soon snag the mega-popular GTA V for free, to keep forever.

According to comicbook.com, the original tweet said players could, “Get Grand Theft Auto V free on PC until May 21. Yours to keep forever on the Epic Games Store.” The tweet has since been deleted, but not before somebody got a screen shot of it.

Whether the tweet was posted accidentally, or purposefully “leaked” to create buzz, there’s no doubt that a free copy of GTA V would do big numbers for Epic Games Store. It’s one of the biggest grossing pieces of entertainment of all time and continues to draw big crowds years after its initial release. It was added to Microsoft’s Game Pass back in January for a limited time, but its arrival on Epic Games Store as a free offering would get it to a wider set of users, since there’s no money involved at all. Just get the installer and download away.

We’ve reached out to Epic Games Store for confirmation on GTA V’s availability for free, and will be keeping a close eye on their Twitter feed. In any case, its free games are rotated every Thursday, and this week’s has teasingly been billed as a “mystery.” If the rumors are true, you’ll definitely want to get in on the deal before its window closes.

In this article: Epic Games Strore, GTA V, GTA 5, Grand Theft Auto, rumor, free, Microsoft Game Pass, news, gaming, entertainment
All products recommended by Engadget are selected by our editorial team, independent of our parent company. Some of our stories include affiliate links. If you buy something through one of these links, we may earn an affiliate commission.