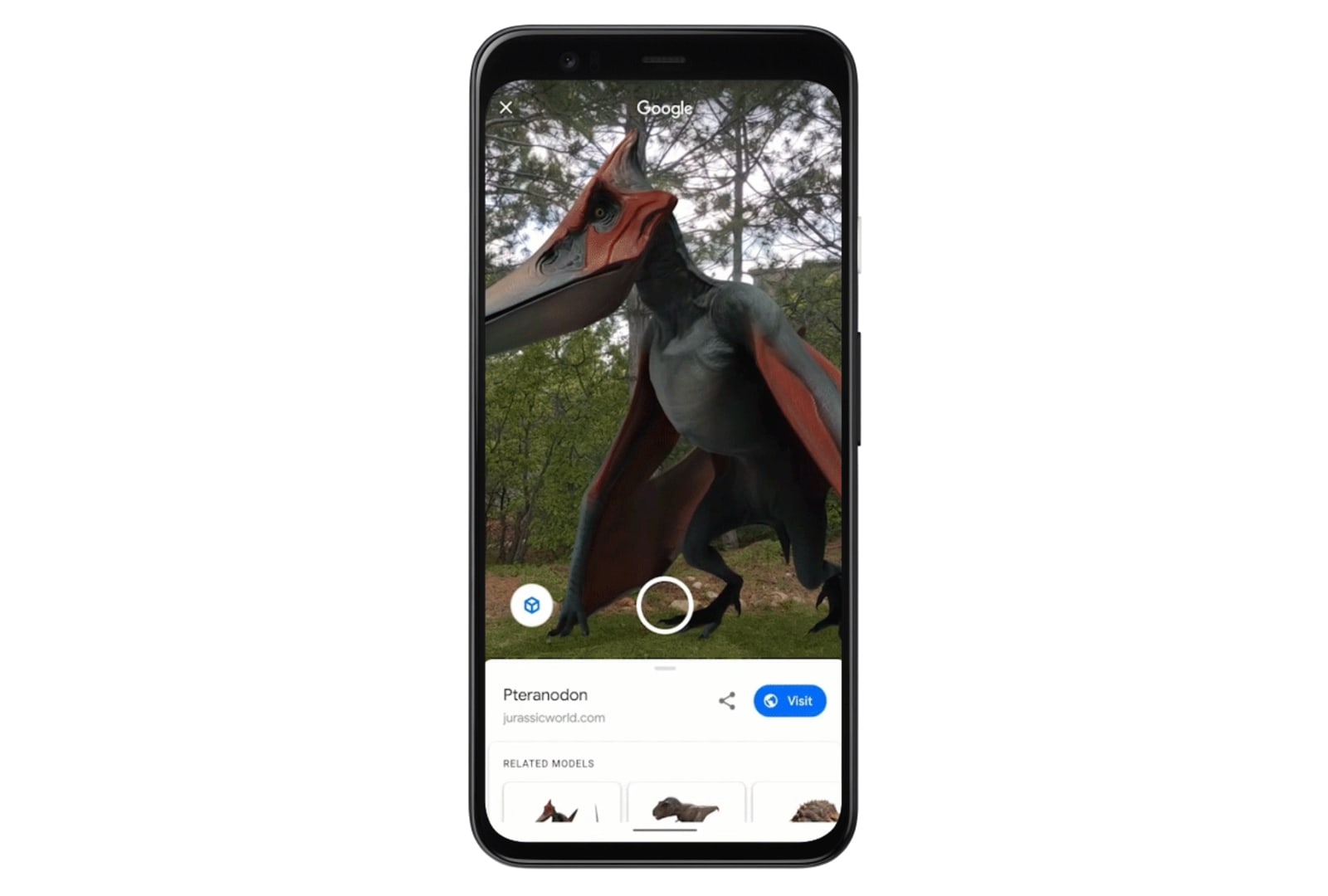 Who wouldn’t want a dinosaur in their living room? If you search for one of ten species on Google, you can tap “View in 3D” on your mobile device to open up an augmented reality version of the beasts and have them superimposed -- at scale -- in your surroundings. Google partnered with the companies and studios behind Jurassic World to create this new feature. The models are pretty detailed, too -- you can zoom in to see different textures and other physiological characteristics. Google says that the AR dinosaurs are some of the most realistic renderings to date.

You’ll be able to bring some of the more well-known dinosaurs into your home or yard, including Velociraptor, Triceratops and, of course, Tyrannosaurus Rex. Ludia -- the developer that created the Jurassic World Alive game -- says that its team of artists thoroughly researched each species and consulted with paleontologists and the Jurassic World team to create the models.

While this is a movie tie-in, it’s good to see Google turning it into an educational one. Knowledge of dinosaurs tends to be inversely proportional to one’s age, so this should be entertaining and enlightening for both kids and adults.

In this article: google, ar, Augmented reality, dinosaurs, jurassic park, jurassic world, jurassic world alive, ludia, Universal Studios, Amblin Entertainment, news, entertainment, gear
All products recommended by Engadget are selected by our editorial team, independent of our parent company. Some of our stories include affiliate links. If you buy something through one of these links, we may earn an affiliate commission.