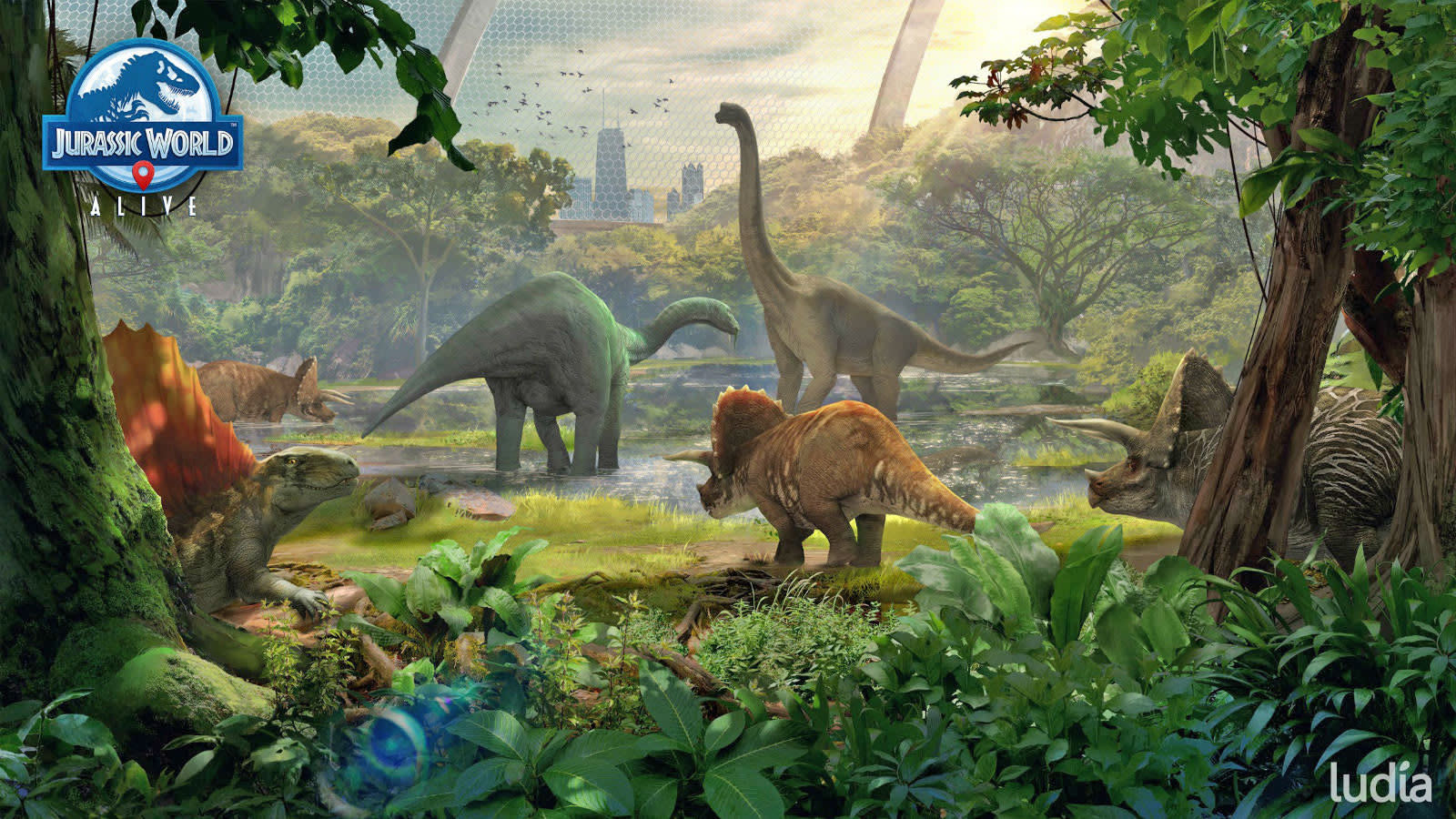 You might not realize it, but you're living in a world full of dinosaurs. Since the augmented reality game Jurassic World Alive came out last year, it's been downloaded 17 million times. Players have unleashed 115 million dinosaurs and taken them to battle nearly one billion times. Now, the game is getting a few new features, including "sanctuaries," where users can feed, interact and play with their dinosaurs.

When Jurassic World Alive first came out, many people compared it to Pokémon Go with dinosaurs, and the comparison isn't far off. Players walk around the real world looking for geo-located dinosaur DNA. They collect that to build their own hybrid thunder-lizard creations and then battle those against other players' beasts.

With the new sanctuaries feature, players will be able to interact with the dinosaurs in new ways, like giving their raptors toys to play with. A slightly disturbing but movie-accurate addition will let users purchase goats to feed their dinos. Players will also be able to share sanctuaries and take care of each other's dinosaurs. So, while Jurassic World Alive is still pretty similar to Pokémon Go, it now has some Tamagotchi elements, too.

In this article: ar, augmented reality, dinosaurs, features, gaming, geo-location, jurassic park, jurassic world, jurassic world alive, ludia, mobile, sanctuaries, universal games, universal studios, update
All products recommended by Engadget are selected by our editorial team, independent of our parent company. Some of our stories include affiliate links. If you buy something through one of these links, we may earn an affiliate commission.