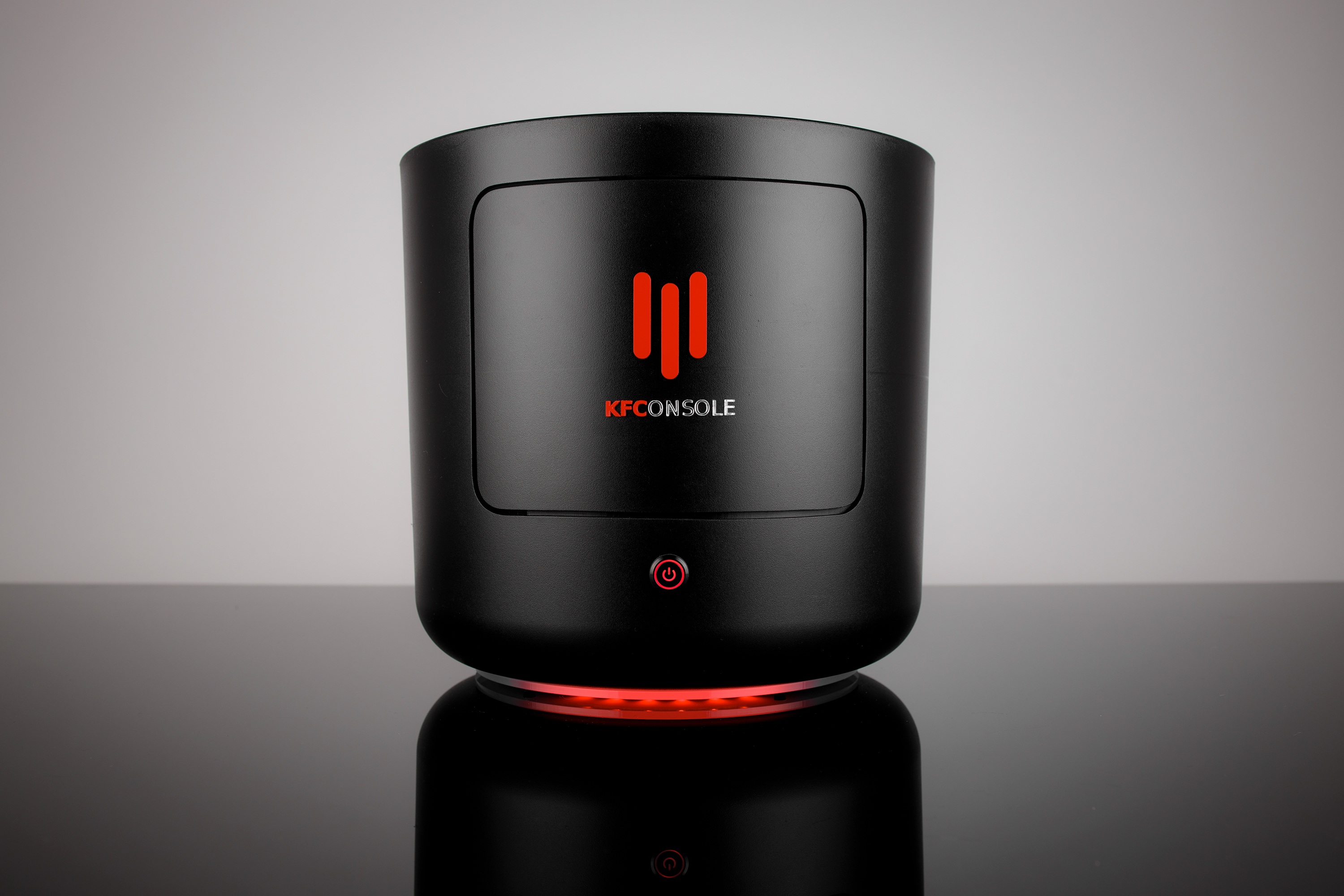 “KFC and Cooler Master have unveiled a bucket-shaped gaming PC that also warms chicken,” is a sentence I never expected to write in my tech journalism career. I should have seen it coming, however, after KFC launched a Twitter marketing stunt for a “KFConsole” gaming PC earlier this year, along with the fact that it’s still 2020.

To be clear, this is mostly a Cooler Master PC with the KFC name slapped on the side. It does appear to be an original design, though, as there’s no other similar Cooler Master NUC case currently available on the company’s website. It features a black and red finish, but it seems like a wasted opportunity that it isn’t more tapered at the bottom like a real KFC bucket.

If it’s ever built, the KFConsole could be a pretty speedy machine, as it’s equipped with an Intel Nuc9 Extreme Compute Element that we called “the new king of tiny gaming PCs.” It includes an ASUS-built hot-swappable NVIDIA GPU and Intel CPU (though Cooler Master didn’t specify which), along with a 1TB Seagate NVME SSD. Cooler Master claims that it’s VR ready, supports ray tracing and can handle 4K TV gaming and frame rates up to 240 fps.

The console wars are 𝒐𝒗𝒆𝒓.

All those specs aside, the key distinguishing feature is a chicken warmer that strongly resembles a grease tray. While most gaming PCs could technically warm chicken, this special chamber can heat up what looks like two small wings using “natural heat and airflow,” according to Cooler Master. However, there’s the thorny question of whether you’d want more heat for the chicken or less so that your PC, you know, runs better. There’s also no word on whether it ducts out the fried chicken fumes, as those could really gunk up a PC.

The KFConsole now joins an exclusive list of food and drink/PC crossovers, including Bud Light, which put not only a PC but a projector inside a “six-pack.” There’s no word on when, or even if, this PC will be sold, let alone any word on the price. Keep in mind, though, that a well-equipped Intel NUC9 Extreme costs $3,100 by itself, so you’ll really need to like fried chicken memes to buy one.

In this article: KFC, Cooler Master, KFConsole, gaming PC, Intel, NVIDIA, Nuc9 Extreme, marketing, news, gear
All products recommended by Engadget are selected by our editorial team, independent of our parent company. Some of our stories include affiliate links. If you buy something through one of these links, we may earn an affiliate commission.