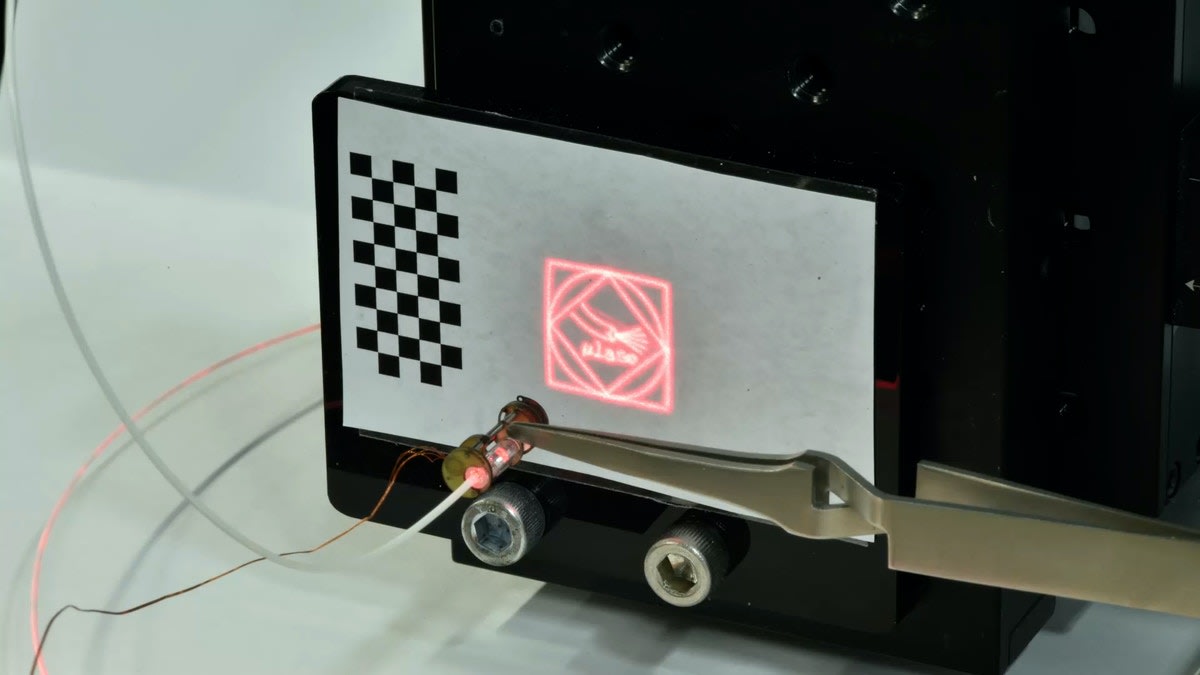 Minimally invasive surgery techniques have gone far over the past few decades, but they still have limitations that scientists are working to overcome. Laser micro surgery, for instance, leaves minimal peripheral tissue damage, but it can only be used on parts of the body within the laser’s line of sight. Meanwhile, surgery using flexible robotics can access hard-to-reach areas, but they can damage surrounding tissue. Now, a team of robotic engineers from Harvard University’s Wyss Institute have developed a way to bring their strengths together by designing a laser-steering microrobot that can be attached to a flexible surgical devices, such as colonoscopes.

The team evaluated currently available laser devices and found that they’re too big, don’t have the range of motion needed or aren’t powerful enough. They wanted to design a device that’s roughly the diameter of a drinking straw, and they were able to achieve that — the resulting device is 6 mm in diameter and 16 mm in length — using a configuration with three small mirrors. That design gives it a wide range of motion, so surgeons can operate on lesions of various sizes. In addition, the laser has a high bandwidth, which enables it to cut tissue faster and minimize damage.

At the moment, the laser attachment is still in the midst of being de-risked as an add-on for surgical endoscopes. The scientists believe, however, that it has a lot of potential applications in ENT procedures, as well as in laparoscopy and gastroenterology. In fact, they demonstrated its effectiveness by simulating the resection of polyps in a rubber organ.

“In this multi-disciplinary approach, we managed to harness our ability to rapidly prototype complex microrobotic mechanisms that we have developed over the past decade to provide clinicians with a non-disruptive solution that could allow them to advance the possibilities of minimally invasive surgeries in the human body with life-altering or potentially life-saving impact.

In this article: harvard, wyss institute, laser microrobot, news, gear
All products recommended by Engadget are selected by our editorial team, independent of our parent company. Some of our stories include affiliate links. If you buy something through one of these links, we may earn an affiliate commission.