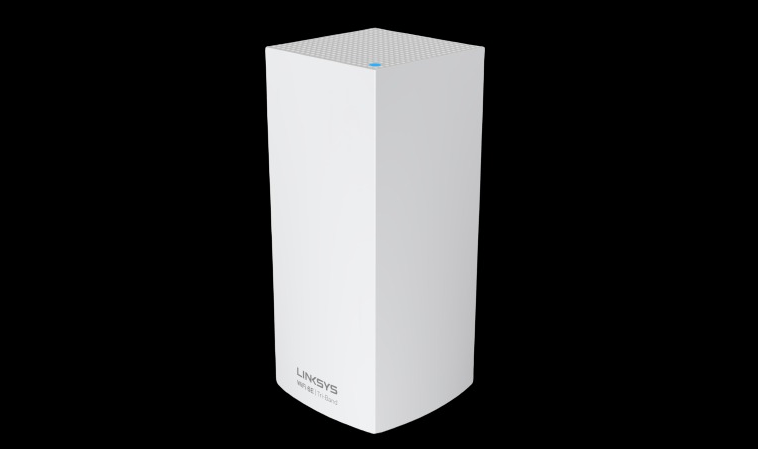 We're starting to see more WiFi 6E routers and Linksys is getting in on the action with its latest mesh system. The Linksys AXE8400 has full access to all three frequency bands — 2.4GHz, 5GHz and the newly opened 6GHz. Linksys says each node can cover up to 3,000 square feet. The device has a 5 Gbps WAN port, a USB 3.0 port and four Gigabit LAN ports.

The system, which the WiFi Alliance and the Federal Communications Commission have fully certified, can support more than 65 devices all sharing the same bandwidth. As with other Linksys products, you can set up the AXE8400 with an app. It also works with other Linksys Intelligent Mesh devices.

The router is powered by Qualcomm's Networking Pro 1210 platform. Qualcomm says that supports speeds of up to 8.4 Gbps and "VR-class low-latency performance." The 6 GHz frequency range should help to reduce network clutter too.

Meanwhile, Linksys has revealed what's next for its motion-sensing Aware platform. The subscription service detects movement via WiFi signals to help protect your home. Aware will soon be able to expand home coverage by tapping into third-party connected devices, such as Wemo smart plugs and Belkin smart speakers.

Linksys is also promising an improved live graph, which will display historical and real-time data on motion activity. The Belkin-owned brand is aiming to bring the Aware update to its app in the US in March or April, and then to other markets as part of a phased rollout. After a 90-day trial, Linksys Aware costs $3/month or $25/year.

In this article: router, wifi 6, wifi6e, wifi6, wifi 6e, 6ghz, qualcomm, linksys, mesh, networking, mesh network, mesh networking, linksys aware, linksysaware, home security, ces 2021, ces2021, belkin, gear
All products recommended by Engadget are selected by our editorial team, independent of our parent company. Some of our stories include affiliate links. If you buy something through one of these links, we may earn an affiliate commission.