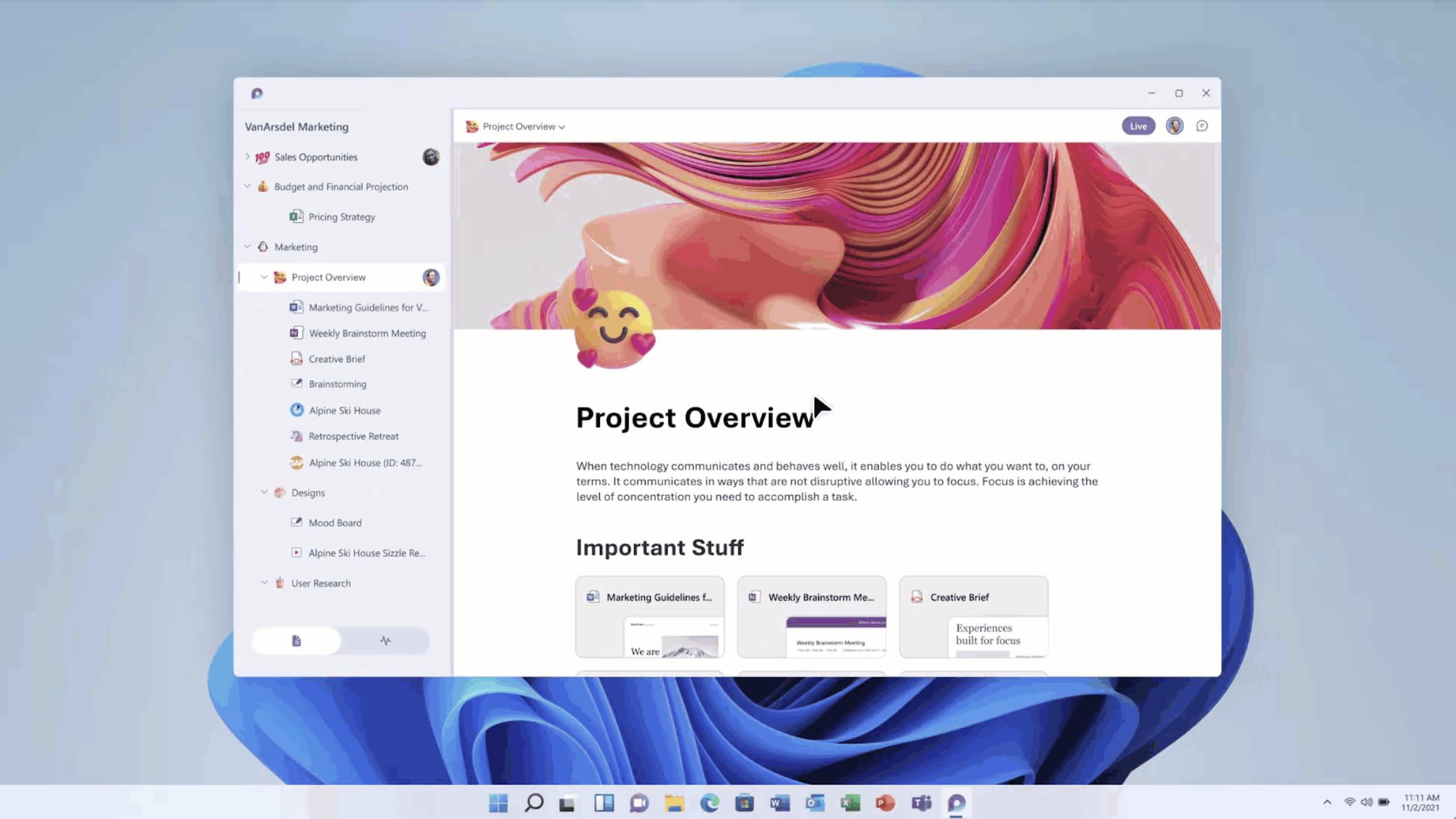 Microsoft Loop, a new Office collaboration app announced today, takes the company's Fluid Framework vision one step further. You might remember that technology from Microsoft's recent developer events: It's a way to collaborate on specific chunks of content, say a table or chart, synchronized across multiple Office apps. A table you create in Outlook, for example, would instantly update if someone plugs it into a Word document and adds new information. Up until now, we've only seen that implemented in Office online as a sort of test. Microsoft Loop is a far bigger bet on the future of document collaboration.

Like Fluid Framework, one of the core parts of the new app are Loop Components, which Microsoft calls "atomic units of productivity." They can include anything from as a list to a complex Dynamics 365 project, all of which will stay in sync when they're deployed in Office apps. You can organize your Components in Loop Pages, a new type of document that can also include files and links. Think of them like unstructured Word documents (or perhaps more like how people typically use Google Docs).

Finally, there are Loop Workspaces, a way to view components and pages related to specific projects. According to Microsoft, "Workspaces make it easy for you to catch up on what everyone is working on, react to others’ ideas, or track progress toward shared goals."

If you're getting serious Google Wave vibes from all of this, you're not alone. But Microsoft Loop sounds a bit more focused than that failed attempt at team collaboration. For one, the core idea of Fluid Framework makes sense. Now that we're all working across multiple documents online, it makes sense to have a way to synchronize elements within those files. Wave felt like a solution in search of a problem, whereas Microsoft Loop, despite its seeming complexity, addresses a growing problem many office workers face today.

Microsoft says it'll share more about Loop in the upcoming months. Until then, though, you can expect to see Loop components coming to Teams, Outlook, OneNote and other Microsoft 365 apps later this month.

All products recommended by Engadget are selected by our editorial team, independent of our parent company. Some of our stories include affiliate links. If you buy something through one of these links, we may earn an affiliate commission. All prices are correct at the time of publishing.
View All Comments
Microsoft Loop is a new Office app built for collaborative work