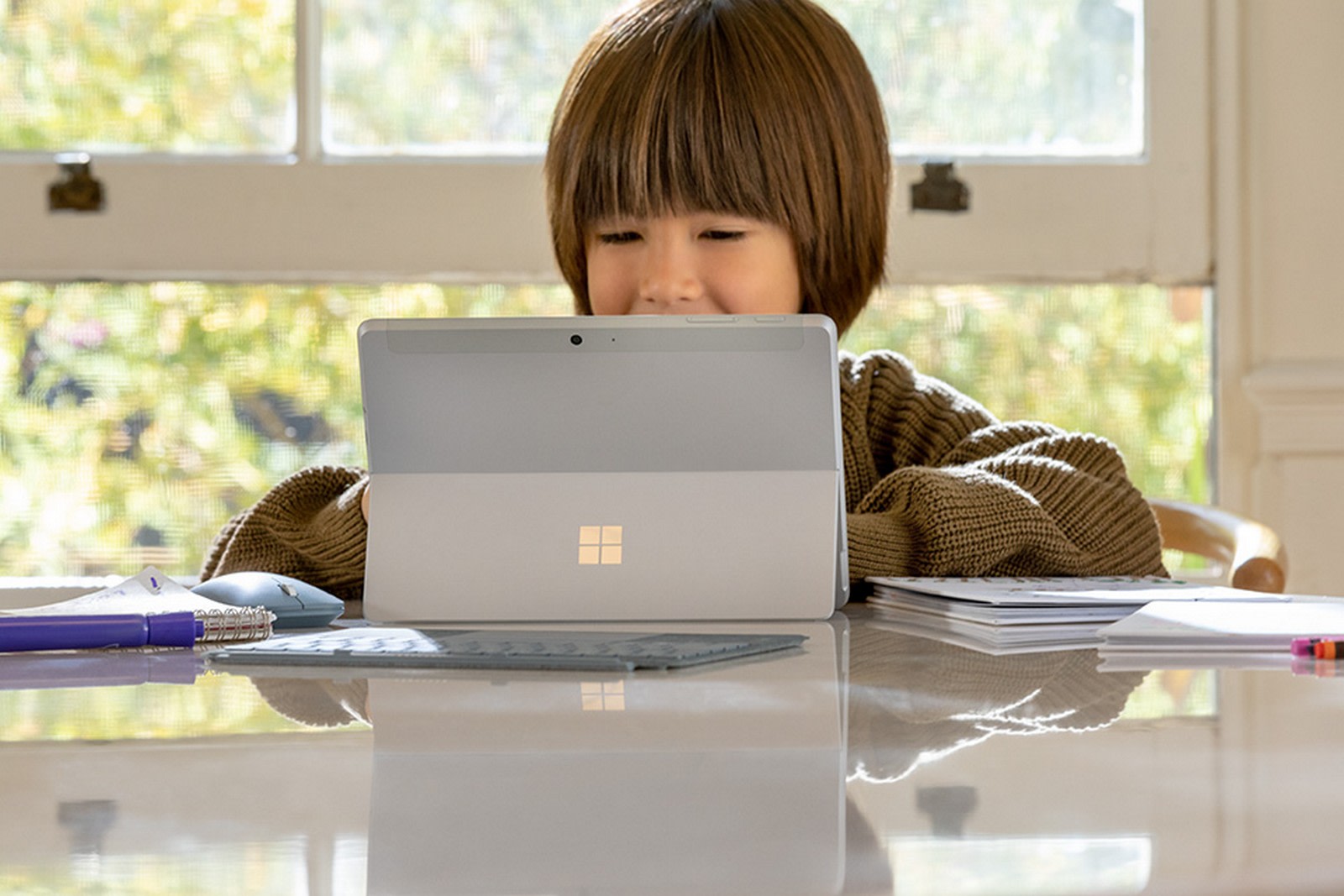 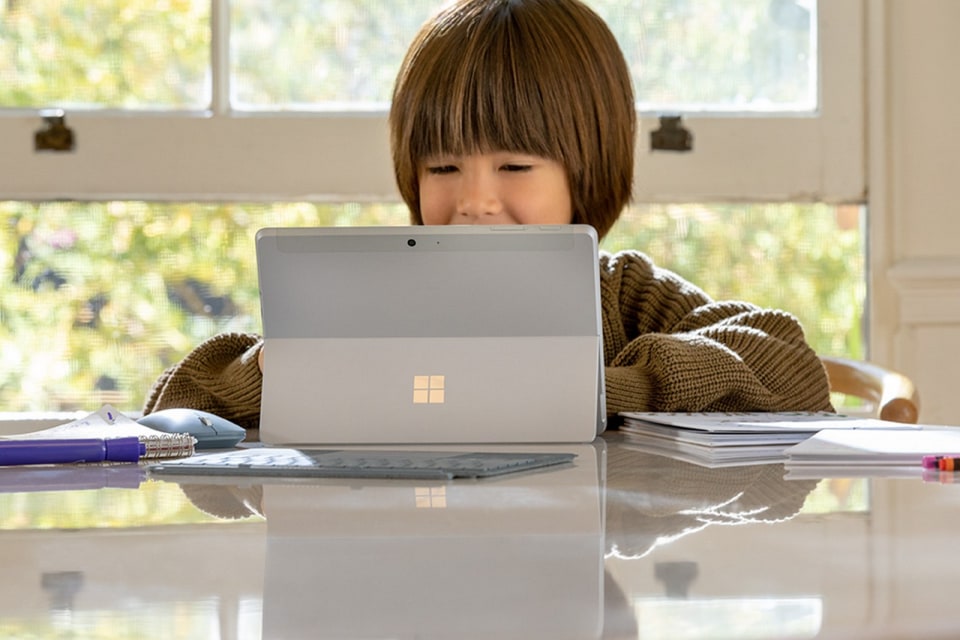 The original Surface Go, Microsoft's miniscule $399 tablet PC, was almost a home run. It had everything we wanted in a budget Windows PC, along with the added flexibility of the Surface lineup. But it was just a bit too slow and restrictive for anything beyond basic work. Now with the Surface Go 2, the company is aiming to fix those flaws. It features a larger 10.5-inch screen; an 8th generation Intel Core M processor option that’s up to 64 percent faster than before; LTE Advanced connectivity and dual Studio Mics for improved video chatting and voice commands. 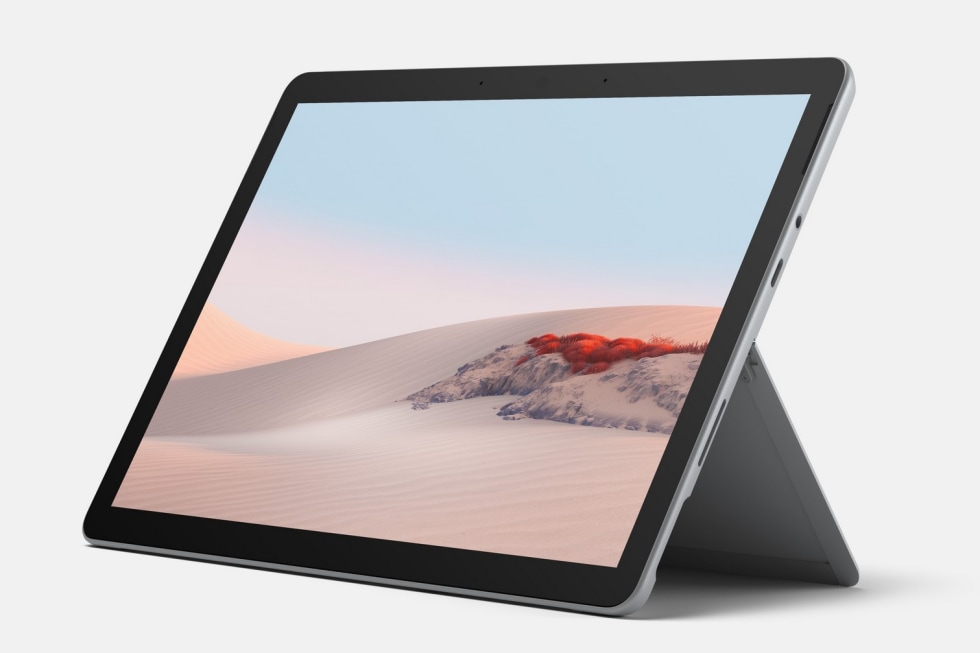 Microsoft hasn't touched the Surface Go 2's dimensions, so it's still 1.2 pounds on its own and a sleek 8.3 millimeters thin. And of course, that means it'll work with the previous Type Covers and other accessories. Unfortunately, the keyboard case is still separately ($99 for the standard version, $129 for the premium Alcantara model). That's clearly a decision Microsoft has made to keep the initial sticker cost down, but it always feels a bit like the company is lying to consumers. Sure you could get the Go 2 for $399, but you'll definitely need to squirrel away more cash to get a keyboard.

While the Go 2 certainly doesn't have the razor-thin screen bezels we've seen on modern laptops like Dell's XPS 13, or even what we saw on the Surface Pro X, it's still nice to see Microsoft shave off a bit of screen border. And the new 10.5-inch screen should make the Go 2 even more useful for browsing the web and working on documents. I could use the previous device's display just fine, but it always felt a bit too cramped for long work sessions.

With the base $399 Surface Go 2, you'll get 4GB of RAM, 64GB of eMMC storage and a Pentium Gold 4425Y processor (which is only 100MHz faster than the slow CPU on the last Go). That chip is based on newer "Amber Lake" architecture, but it's unclear if it'll feel any different than before. At least now you have the option of going for a speedier 8th generation Core m3 processor for $630, along with 8GB of RAM and a 128GB SSD (which is faster than eMMC). If you're interested in doing some serious productivity work on the Go 2, and don't want to obsessively manage browser tabs and background apps, the more expensive model will be for you.

The addition of LTE Advanced also makes plenty of sense. The Go 2 is built to take just about anywhere, so the convenience of always on internet connectivity fits it perfectly. That's something we would have liked to see with the original model two years ago. Still, be prepared to shell out a lot for LTE: it’s only available on the $780 and $880 models with the Core m3 CPU. At that point, you’re well beyond the “budget PC” realm.

At first glance, the Surface Go 2 seems like the ideal cheap Windows tablet (though it’s certainly not as cheap once you start piling on accessories). You can pre-order the Surface Go 2 today, and it'll be available at retailers on May 12th. Stay tuned for our full review in the next few days.

In this article: tablets, Surface, PCs, Surface Go 2, Microsoft, news, gear
All products recommended by Engadget are selected by our editorial team, independent of our parent company. Some of our stories include affiliate links. If you buy something through one of these links, we may earn an affiliate commission.