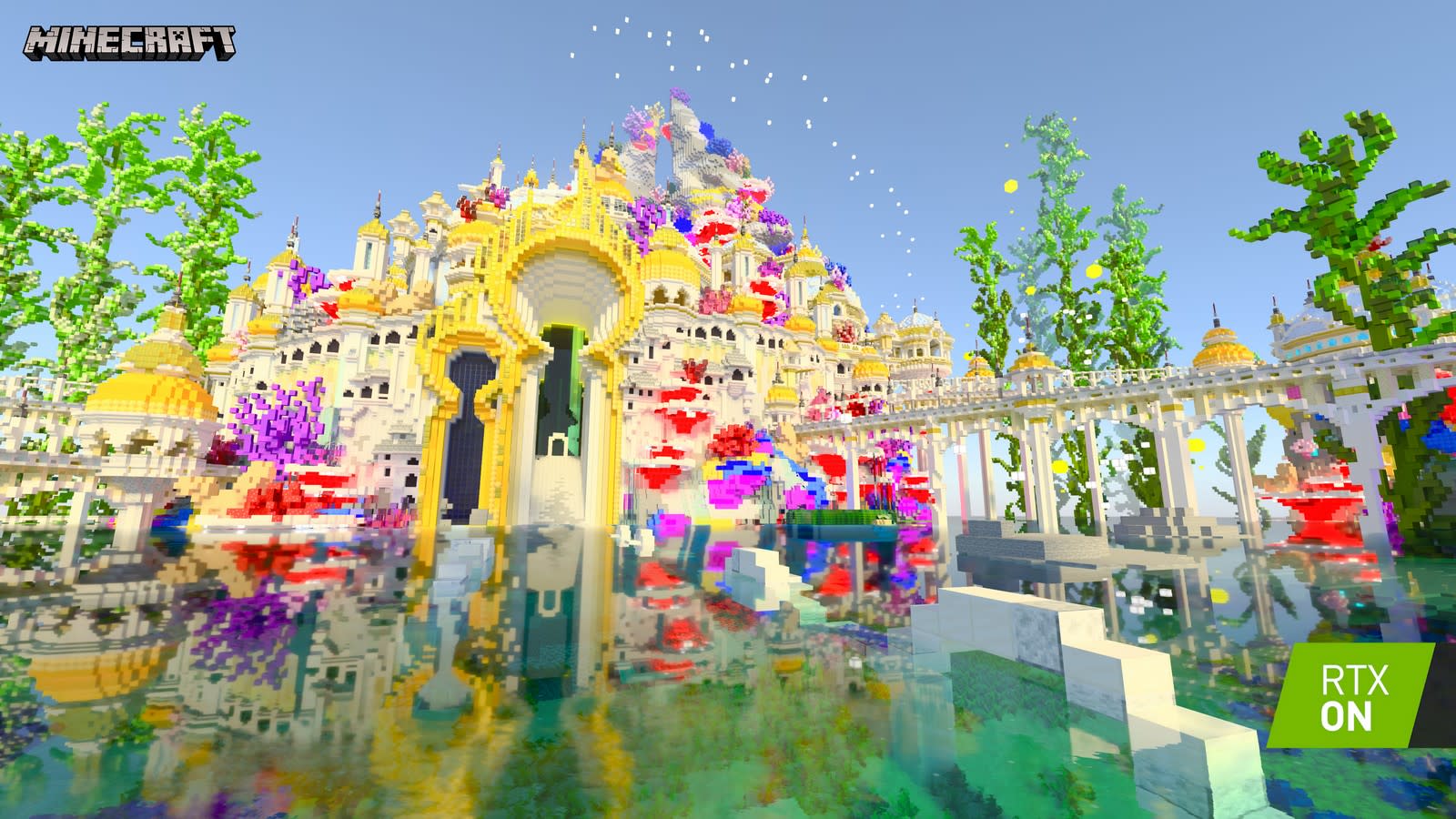 It’s a glimpse at our gaming future.

When you think of Minecraft, you probably imagine blocky graphics and simplistic textures. But the recent beta launch of ray tracing support for NVIDIA's RTX graphics cards transforms it into an entirely new game. To put it simply, ray tracing enables more realistic lighting, reflections and shadows. It's like the jump from grainy VHS tapes to HD.

I'll admit, I’ve never spent much time with Minecraft, though I've always respected it as a creative tool for younger gamers. Partially I just didn't have the patience to deal with a large unstructured game, and, to be honest, I just never really liked the way it looked. Aesthetics count a lot if you're going to be spending hours in a virtual world (this is also why I never got into World of Warcraft). But ray tracing completely changes the Minecraft experience -- all of a sudden it’s much more immersive.

The difference is obvious the first time you load up one of the six environments in NVIDIA's Ray Tracing Worlds pack, all of which are designed by master Minecraft builders. When I booted up Aquatic Adventure, I was gobsmacked by the water reflections and the transparency of crystal blocks. We've seen similar graphical flourishes from big budget titles like the Assassin's Creed series, but they've always felt like an approximation of reality. Minecraft's mirrored water blocks, though flat and immobile, felt a bit closer to staring at a real lake.

Then there are the rays of light which shower the game in a warm glow. You can almost feel the sunlight on your face. These are "god rays," volumetric light scattering effects meant to evoke the way sunlight peaks through clouds. While they can sometimes seem overused, like the way J.J. Abrams is notorious for throwing lens flares on everything, seeing god rays deployed realistically with ray tracing was simply breathtaking. It didn't matter if I was underwater or just looking up at trees, the diffuse light looked so good I almost didn’t believe it was being rendered in real time. 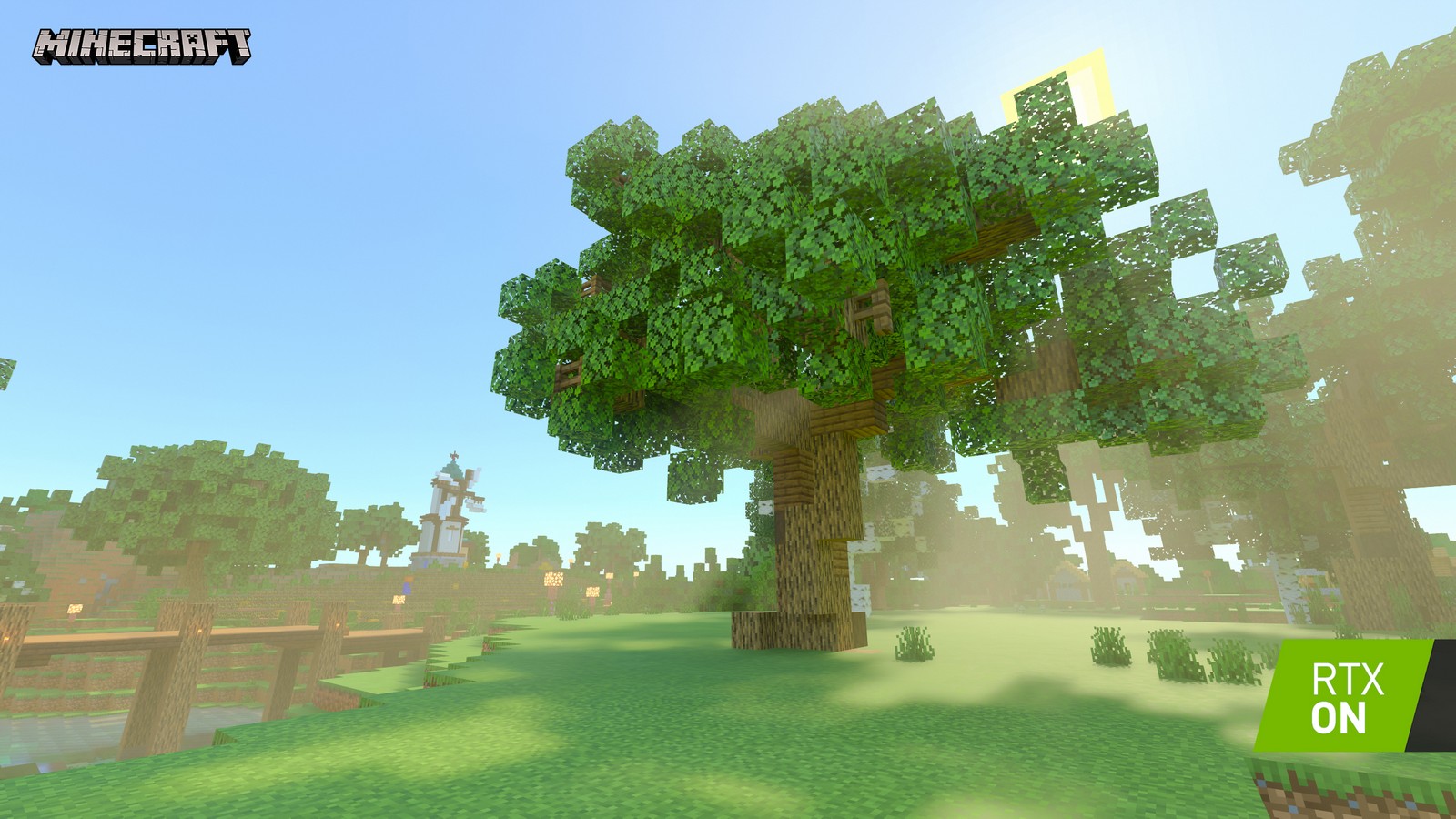 It might sound like I'm just gushing over pretty graphics, but after spending hours in this Minecraft beta, I'm more excited than ever about how ray tracing will change the way we experience games. Recent titles like Remedy's Control used ray tracing in a hybrid fashion, where it worked alongside traditional rendering techniques. Going full tilt in ray tracing is something we've only seen demoed so far with this Minecraft beta and NVIDIA's RTX enabled Quake 2 demo.

Ray tracing feels similar to HDR in that it’s a new way to add depth and texture, no matter if it’s rendered in 1080p or 4K. I’ve always found the rush to 4K to be a bit foolhardy. That’s a lot of processing power being used to crunch more pixels, even though you might not always see a dramatic difference compared to 1,440p or 1080p -- especially from your couch. As TVs and monitors move towards higher refresh rates, I’d expect many gamers will prioritize framerates and noticeable visual upgrades like HDR and ray tracing above 4K rendering. (But of course, the dream is to hit all of those benchmarks eventually.) 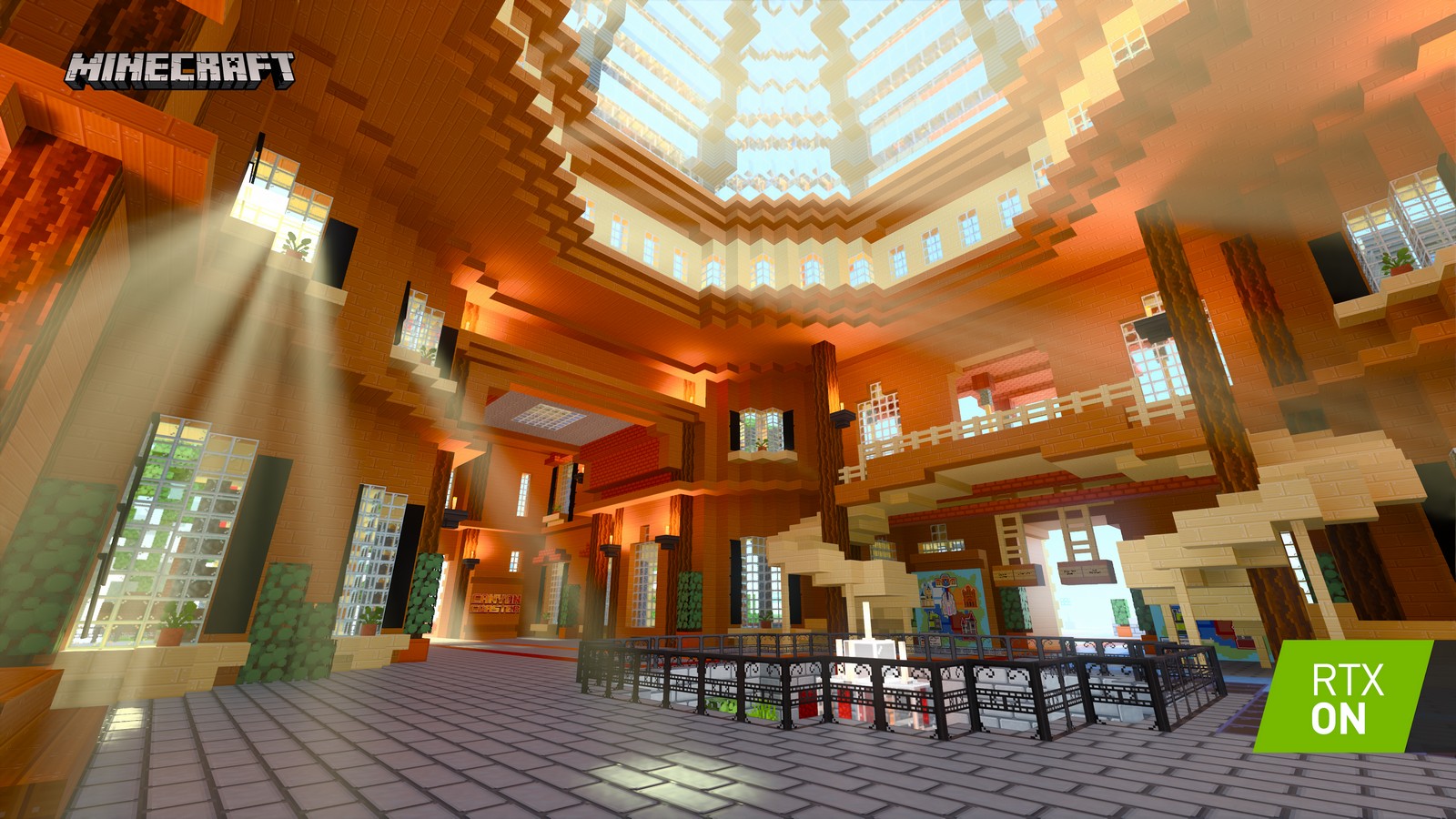 My big takeaway from the Minecraft RTX beta? Realistic lighting goes a long way. Everything feels more immersive when light comes from where it should, when shadows respond realistically, and reflections appear as you expect. It's the difference between feeling like you're playing a game, and feeling as if you're entering an actual virtual world.

Unfortunately, ray tracing is still incredibly power hungry, and inaccessible to most gamers. On my test rig, which is powered by a Core i7 8700K CPU and an RTX 2080 Ti, Minecraft slows down to around 53FPS in 1080p when ray tracing is turned on. And the hit is even bigger on the more affordable RTX 2060, which falls to around 30 FPS according to NVIDIA's benchmarks. That's where the company's DLSS technology comes in. It uses AI powered rendering to deliver higher quality results from lower-resolution images. Once I flipped that on, Minecraft jumped to around 93FPS in 1080p on my system. And NVIDIA says it'll give that struggling RTX 2060 GPU a bump to around 53FPS.

Performance is even worse on RTX laptops, which aren't nearly as powerful as their desktop siblings. NVIDIA claims an RTX 2080 Max-Q machine, like Acer's Triton 500, will hit 57 FPS in Minecraft with ray tracing and DLSS enabled. Given that's the company's top of the line mobile GPU, you can expect things to be considerably slower for RTX 2060 and 2070 machines. 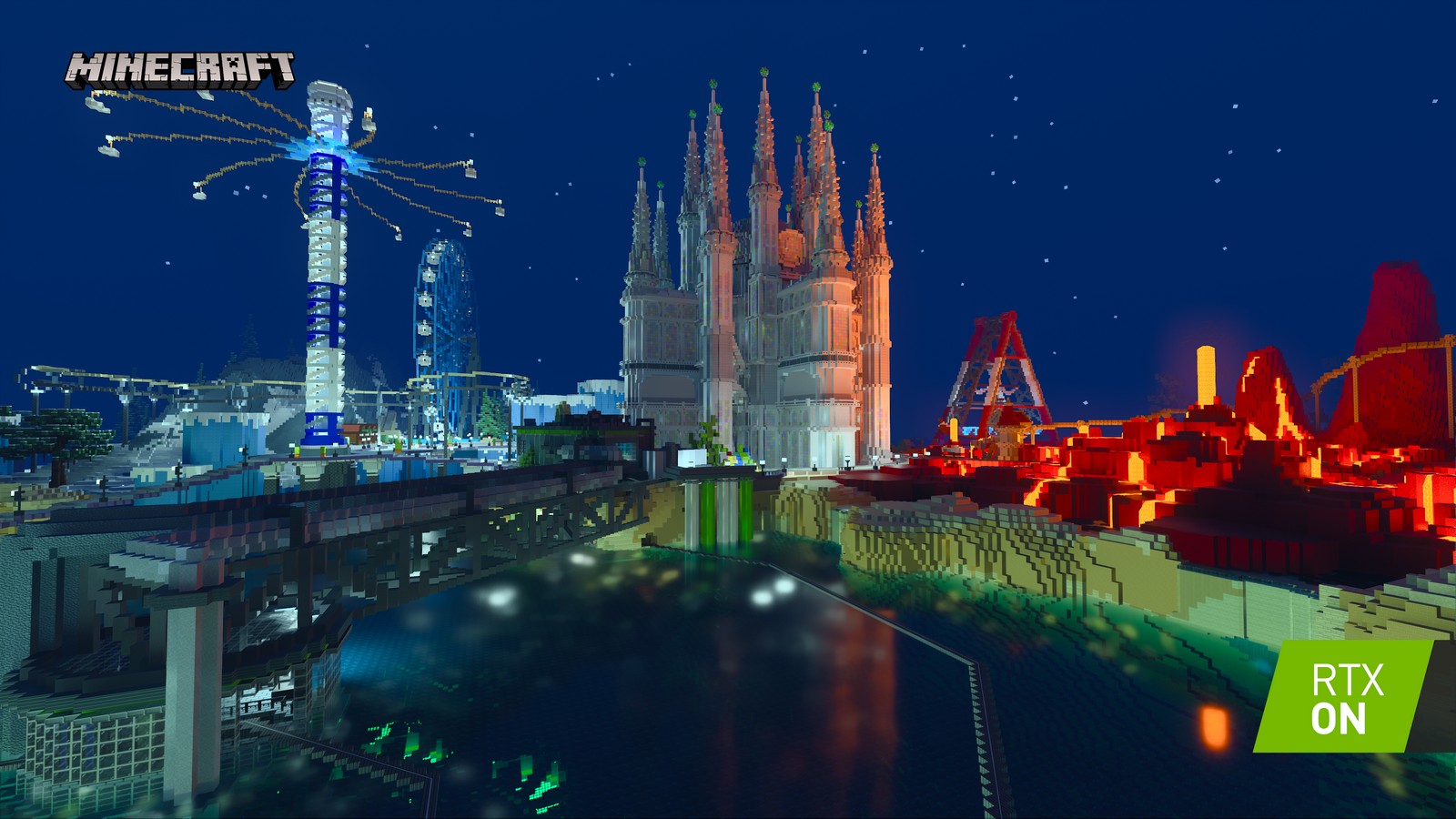 Given these limitations, I don't expect many games to go all-in on ray tracing anytime soon -- certainly not in the way we’ve seen in Minecraft. And I'd wager the PlayStation 5 and Xbox Series X, both of which will run AMD's upcoming Radeon hardware, will have similar difficulties managing ray tracing performance. But it’s still nice to see developers experimenting with this new technology. Forget the rush to 4K -- we’ll judge future games by how well they implement ray tracing and graphical upgrades you’ll actually notice.

All products recommended by Engadget are selected by our editorial team, independent of our parent company. Some of our stories include affiliate links. If you buy something through one of these links, we may earn an affiliate commission. All prices are correct at the time of publishing.
View All Comments
'Minecraft' looks like a whole new game with NVIDIA's RTX ray tracing