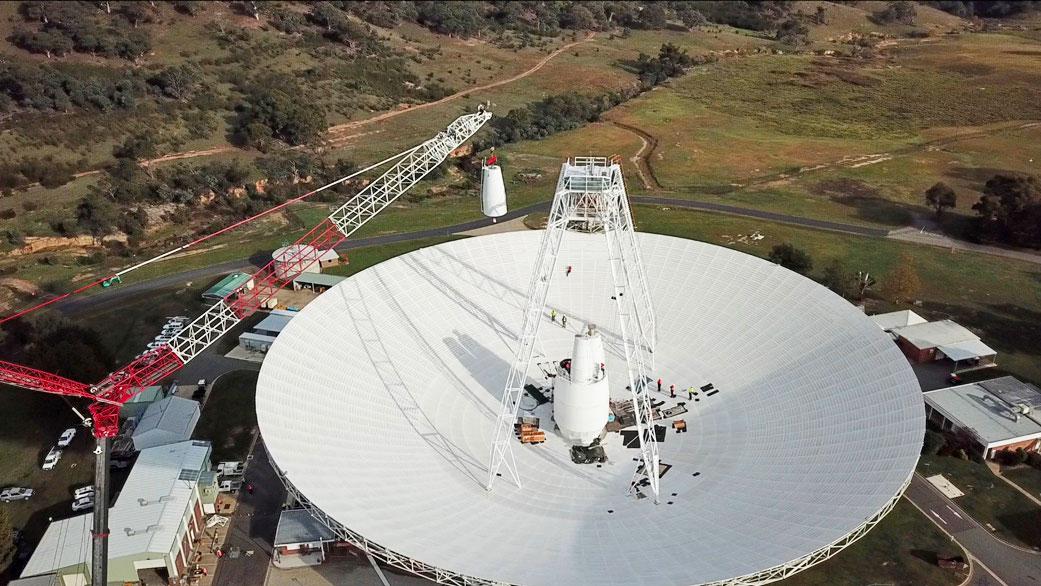 NASA is in the midst of upgrading Deep Space Station 43 — one of its Deep Space Network’s largest antennas located in Canberra, Australia — to prepare for future missions. The agency’s Deep Space Network is a collection of dishes that make communication with robotic spacecraft possible, and DSS 43 is the only one capable of sending commands to Voyager 2. It’s the network’s sole 70-meter antenna in the Southern Hemisphere, so it’s the only one powerful enough to reach a probe that’s traveling southward in interstellar space. If you’ll recall, Voyager 2 left the region of space called the “heliosphere” where solar wind is still present back in 2018.

The agency shut DSS 43 down in early March to equip it with a new X-band frequency cone, which will give it a powerful state-of-the-art transmitter system and highly sensitive receivers. NASA expects the upgrade to be completed by January 2021, in time for the dish to receive telemetry and science data back from future missions. The upgraded antenna will help the agency communicate with the Perseverance rover, which is scheduled to launch by the end of July and to arrive on Mars by February 2021. It will also play a critical role in ensuring NASA scientists can communicate with and navigate both uncrewed and manned Artemis missions to the Moon and Mars.

In this article: Artemis, Deep Space Network, Australia, NASA, Perseverance, news, tomorrow
All products recommended by Engadget are selected by our editorial team, independent of our parent company. Some of our stories include affiliate links. If you buy something through one of these links, we may earn an affiliate commission.